Bewilderment is not a word that will do justice in describing the epic experience you will go through in the UK city of Londonderry, or “Legenderry” as locals call it. This resurgent town that borders Northern Ireland has put its self on the map, hence the global recognition it received for its efforts to boost tourism. The ever-changing political dynamics and history of this ambient, concrete-bricked town appear to overwhelm first-time tourists. Local folks fondly laugh off the bewilderment they see on a first-time tourist’s face. However, this city is transforming into a tourist hotspot for European-destined holiday seekers. This is brought about by the enhancement of visitor experience brought about by the city’s cultural landscape, festivals, nightlife, food, drink and the vitality of popular destinations. Read on to find out the best things to do in Londonderry, UK.

1. Learn about the siege of Londonderry at The Siege Museum

For history buffs and tourists who like learning about the cultures of the cities they visit, The Siege Museum is an attraction in Londonderry that one must not miss. It is a fascinating modern museum that features a permanent exhibit of the Siege of Londonderry. It houses artifacts that belonged in the past, as well as contemporary items. This three-story museum has four rooms, with each room centering on a specific order. They are Apprentice Boys of Derry, Orange Order, Women’s Orange, and The Royal Black Institution. Londonderry is home to an abundance of iconic landmarks, and one of them is the Bloody Sunday Monument. It is a historic park that monumentalizes the massacre that took place in Bogside on the 30th day of January in 1972. 26 civilians were shot by British soldiers, and 13 of them were killed. It happened during a protest against Operation Demetrius. This corner of Londonderry has tranquil surroundings. Meaningful artwork adorns the place. In the middle lies the Bloody Sunday obelisk. Engraved in the monument are the names of the fallen civilians.

3. Be mesmerized by the artworks at the Museum of Free Derry The Museum of Free Derry is one of the many museums you’ll find in the beautiful city of Londonderry. It is an attraction that tries to narrate the historic events of the 1960s civil rights era through multimedia exhibits. This point in time in the UK is known as The Troubles and the Free Derry Irish nationalist movement. Museum of Free Derry has a friendly staff that treats guests to a trip down memory lane. Some of them even have first-hand knowledge of the happenings during that era. The Bloody Sunday massacre, the Battle of the Bogside, and Operation Motorman are some of the most important events during this time.

4. Check out The Roaring Meg at Double Bastion Your Londonderry holiday will not be complete without you checking out Double Bastion. The Double Bastion is one of the four bastions that make up the historic Derry Wall. This fortress was built in the 17th century, during a time of unrest in Northern Ireland. It was built as protection for the British and Scottish people against the Irish. The Double Bastion showcases two demi-culverin cannons. The Roaring Meg, a name given to one of the two cannons, played a role in the historic Siege of Derry. Besides these cannons, the views on this side of the walls are another reason to come by.

Our booking system is open for reservations from 11th December 🌐 https://www.brownsintown.com/reservations/ ✉️...

If you are looking for a fantastic dining spot to celebrate your Londonderry vacation, the exquisite Browns in Town might pique your interest. It is a sophisticated dining spot that showcases elegant rustic details. It has lots of natural light and exudes a romantic vibe that guests love. Browns In Town specializes in modern and mouthwatering Irish cuisines. The food is not only delicious, but it is served in Instagram-worthy platings. Plus, they have vegetarian options for guests with a strict diet. Some of the blockbuster dishes at Browns in Town include chargrilled chicken breast, roast turkey & stuffing roulade, braised venison shoulder, and pan-seared cod. Coffee, tea, and dessert wine are perfect pairings for your meals, available at Browns in Town.

One activity that can start your exploration of Londonderry is heading over to the iconic Derry Walls of Northern Ireland. Londonderry is a city that’s walled in, and the wall surrounding it is one of its captivating features. The city is one of the few remaining walled cities in Europe, and the year 2019 marked the city’s 400th year of existence. During the festivities to celebrate it, the Derry Walls were inducted into UNESCO’s list of 1001 historic sites that they recommend for people to visit at least once in their lives. The city’s amazing ambiance and the friendly locals you encounter are just some of the things that make a visit to the Derry Walls worth it. When you decide to head over to the walls, make sure to hire a guide who can narrate the site’s intriguing and rich history.

If you’re in Londonderry, what better way is there to spend a holiday than by learning more about its history. Bogside is one such neighborhood. It was established between the 19th and early 20th centuries, and it was called home by many local Catholic workers. In the 1960s, signs of trouble erupted here because the streets became overcrowded and the standard of living here also became horrible. There was also unease between the Catholics and Protestants which created high tension in the area. All these factors sparked a revolution — the largest one to ever happen in Derry. It later became known as the Battle of Bogside. You can learn more about this event and more about Bogside’s history by going on a walking tour. Get a glimpse of this area’s history by going on a guided tour, visiting some of the most important areas around.

8. Embrace the monuments in Guildhall Guildhall is a must-see monument in Derry. It’s the city’s most iconic building, which is located at the center of Derry and was established in 1890. This historical building features magnificent stained glass windows, all of which represent the rich cultural background of the city. The creation of the current stained glass windows was funded by The Honourable The Irish Society, further demonstrating the overwhelming support this city receives for promoting their culture. This building and its beautiful architecture are enough reasons why you should stop by Guildhall. The award-winning Tower Museum is another place within Londonderry’s walls that you should visit. It houses two permanent exhibitions, namely “The Story of Derry” and “an Armada Shipwreck - La Trinidad Valencera”. The first illustrates the historical events that shaped the city. The second one is an exhibit that gives visitors an idea of how mighty some of the ships in the Spanish Armada were. Apart from these exhibits, Tower Museum offers the most breathtaking view of the river Foyle and the inner city, all thanks to its location.

10. Marvel at the architectural design of Peace Bridge Source: Photo by user Giorgio Galeotti used under CC BY 4.0

Not far from Guildhall is one of the most amazing buildings you can find in the area — Peace Bridge. Since it’s inception in 2011, this infrastructure has managed to live up to its expectations, so it’s well-loved by locals and tourists alike. This unique masterpiece tells the story of how humility conquered diversity as it symbolizes peace and unity between the two sides of the River Forley. In recent times, the bridge has played host to major festivals that attract global recognition.

A fantastic place to take a stroll with your loved one, this play park is clean and quiet. It also plays houses St Columb’s Park House, an 18th-century manor house located outside the city walls. It has roots that date back to the 6th century. Art pieces like poems and local songs have been associated with it throughout its existence. In 1993, the park was renovated, and it has regained its former glory after serving as a strategic watch area during the war.

Posted by Friends of the Ness of Brodgar on Sunday, 12 March 2017

Another park that is a must go for all tourists is Ness County park. It is a 55-hectare (136-acre) area made up of woodlands along with open parklands that extend along both sides of the Burntollet River. Here, you’ll find a stunning waterfall, beautiful flora, a visitor center, and picnic tables. For less able visitors, there is an easily accessible meadow path. St Columb’s Cathedral is a significant religious historic monument that’s one of the oldest buildings in the city. This building dates back to the 17th century. It’s a masterpiece in the realm of religious architecture. The cathedral was dedicated to an Irish monk who later came to be known as St Columb. He was exiled from Ireland and went on to introduce Christianity to the people of Scotland and Northern England. St Columb’s Cathedral houses a vast collection of religious artifacts and treasures. It was the first cathedral to be built after the reformation era.

Posted by Art in the Park - Markeaton Derby on Saturday, 9 November 2019

Craft Village is located in an area overflowing with cultural wealth. It is an area that houses an eccentric display of artisan craft shops, licensed restaurants, coffee shops, and beckoned apartments. It’s the ideal place to go if you want to find unique gifts to bring home. Affairs like meeting and retreat, cultural showcasing and also community functions also take place here.

Prehen House is a historic building situated to the northwest of Derry City. From here, you can find a spectacular view of the city, River Foyle, the hills and beyond. The story linking Prehen to Derry reveals that the first few people who lived here came in 1640. The year 1738 marks the start of this building’s association with the Knox family. That year, Andrew Knox married Honoria Tomkins, the Prehen heiress. At that time, the Knox family were considered to be prominent figures of society, so marrying the Prehen heirless gave them even more power. However, this was short-lived as the estate was seized after World War I, but it was given back to another branch of the Knox family later on.

Check out some of the best activities in Londonderry, UK

Despite the challenges encountered by the town, perseverance, endurance, and the will to become better have enabled the town to overcome many hurdles and pass the test of time. Londonderry should be in every travel lover’s list of places to visit. The town promises nothing but adventure, excitement, and a lot of surprises. 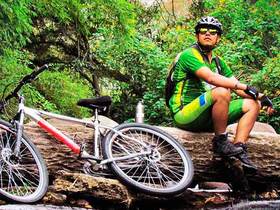 Explore Londonderry (county)
Good things are meant to be shared!