Sightseeing things to do US > Southern California > Hollywood

15 Things To Do In Hollywood, Los Angeles, California - Updated 2021

The City of Los Angeles or LA as it is called in short is one of the most vibrant cities in North America. Los Angeles is the second most populous city of the United States with a motley crowd belonging to various ethnicities. It is the cultural as well as the commercial hub of California. It is also well known as the “Home of Hollywood”, the epicentre of the entertainment industry of the world. Los Angeles is sometimes called the “Creative Capital of the World”, as one in six people work in the creative industry, engaged in professions like art, writing, dancing, drawing, film making, acting, music etc. Los Angeles is a popular destination among tourists and there are a lot of things to do here. Check out the top things to do in Hollywood, Los Angeles, California.

Who hasn’t heard of this iconic building? Showcasing a variety of movies over the skyline of Los Angeles, Capitol Records is the world’s first circular building constructed in 1956. Being the home of Capitol Studios, this building has nurtured world-famous icons such as Frank Sinatra, Paul McCartney, Nat King Cole, and more. The rooftop spire is topped by a red light that blinks a special sign in Morse code, the word “Hollywood.” During Christmas, the whole spire is illuminated by beautiful lighting to resemble a Christmas tree. It is truly a marvel and a must-visit attraction to check out when you are in Hollywood.

2. Explore celebrity homes on this sightseeing tour (from USD 49.0)

Have you always wanted to see how world-famous celebrities live their daily lives, where they stay, and how they go about their day? Check out incredible celebrity homes on a sightseeing tour. It includes a professional tour guide who offers a live narration of the sights before you. Explore the famous neighbourhoods that you may have seen in movies including Beverly Hills, Rodeo Drive, and West Hollywood, with palm trees lining the streets and stunning mansions to witness. This tour involves a small group to ensure personal attention. Along with your tour guide, the group only consists of 12 guests.

3. Have a good laugh at Laugh Factory

Laugh Factory is one of the most popular comedy clubs in the world, with a popular branch in Hollywood. Having been featured in the Guinness Book of World Records for the longest comedy show ever, this place is an amazing way to spend a fun-filled afternoon or evening laughing at famous comedians’ new skits. Guests mention that the premises are filled with great amenities including food and drinks with vegan options.

4. Browse through spooky exhibits at Museum of Death

Located on Hollywood Boulevard, Museum of Death is certainly not an attraction for the faint-hearted. The museum’s motto is to “make people happy that they are alive” and showcases exhibits and artefacts related to death and dead people. Contrary to popular opinion, the exhibits aren’t scary and simply intend to educate you about death, dying, and its aftermath. Exhibits include devices such as guillotines, historical autopsy instruments, a coffin and body bag collection, taxidermy animals, and trivia facts about serial killers. This is sure to be one of the most unique museums you will ever visit in your life.

Standing tall on Mt Lee is the world famous Hollywood Sign. And when you are visiting Los Angeles, getting clicked with the sign in the frame is nothing less than a ritual. HOLLYWOOD is written in 45 ft (13.7 m) tall white metal letters and overlooks the Hollywood movie industry. The sign came into being in 1923 mainly as an advertisement board but has now become a part of the landscape and in fact, a landmark. It is now managed and promoted by the Hollywood Sign Trust. There are guided tours that provide an opportunity for a good look and multiple chances for that perfect capture.

Situated on Hollywood Boulevard, The Walk of Fame stretches 1.3 miles (2.1 km) from Grower Street to La Brea Avenue. It is one of the more famous attractions in Hollywood and attracts millions of visitors annually. It is a two-hour long walking tour that takes the visitors through all the landmarks of Hollywood like the Hollywood Pantages Theatre, Egyptian Theatre, Capitol Records, the Hollywood Sign among others. Live commentary is provided by the guide for a more insightful tour.

TCL Chinese Theatre is situated alongside the Hollywood Walk of Fame on Hollywood Boulevard. Initially, it was known as the Grauman’s Chinese Theatre but was renamed TCL Chinese Theatre when TCL Corporation, a Chinese electronics manufacturer, purchased the facility’s naming rights. The theatre houses the handprints, footprints and autographs of the famous celebrities of Hollywood in addition to the props and costumes used in movies. It is also known to host some of the biggest movie premiers of the glamorous movie industry.

9. Learn about Hollywood history in the The Hollywood Museum

Happy birthday to the legendary #KimNovak, one of the last of the great Hollywood Studio stars. Miss Novak was born on February 13, 1933. #ClassicHollywood

Posted by The Hollywood Museum on Wednesday, 13 February 2019

The Hollywood Museum has memorabilia from Hollywood since its inception and is the official museum of Hollywood. Located in the historic Max Factor building on Highland Avenue, this museum boasts of the largest collection of costumes, props, posters and photographs from Hollywood. The original four makeup rooms used by the legendary stylist Max Factor are also on exhibit.

10. Pose with stars at the Madame Tussauds Hollywood (from USD 30.0)

One of the main attractions in Hollywood is the three-storey Madam Tussauds Wax Museum. Located on Hollywood Boulevard and maintained by Merlin Entertainment, this museum is situated just west of the TCL Chinese Theatre. The museum houses 125 wax figures of famous personalities from around the world, with the biggest figure being that of King Kong. Apart from these life-size figures, other attractions in the museum include illusions of horror and the Marvel superheroes.

California’s food scene is to die for, and you simply can’t miss the gastronomical pleasures that await you here. This tour will take you through a variety of shops, cafes, and restaurants. Along the way, you can spot iconic Hollywood landmarks that you may have seen only in movies such as Melrose, Sunset Boulevard, Rodeo Drive, and more. This tour allows a maximum of seven guests, so you can be assured of personal attention throughout.

Best of Hollywood Food and Sightseeing Walking and Van Tour

The Dolby Theatre is situated in the Hollywood and Highland Centre on the Hollywood Boulevard. It opened in 2001 and is a live performance auditorium, which has also been the venue of the Academy Awards ceremony that happens every year and other awards too. There are tours around the theatre that share insights about the theatre’s history and also about the award ceremonies.

Check out the life-sized wax replicas of your favourite Hollywood A-list stars, classic entertainers and legendary singers at the Hollywood Wax Museum. Opened in 1965, this is the longest running wax museum in the United States dedicated only to celebrities. Walking among celebrity was figures, gives a taste of the glamour of Hollywood. The attraction can be visited on any of the 365 days of the year as they are open all year round.

14. Discover shrunken human heads at the Ripley's Believe It or Not! (from USD 55.0) Ripley’s Believe it or Not is a two-storey museum in Hollywood featuring about 300 exhibits that depict strange and bizarre items or events. The LA branch is one of the 32 such museums built worldwide and is situated across the Hollywood and Highland Mall complex. It is one of the most popular and a must-visit attraction in Hollywood.

209 reviews
Oops, this activity is currently unavailable. Check out these alternative activities in the same location.

The Guinness World Records Museum is a family attraction situated along the Hollywood Walk of Fame. It brings to life the record-breaking facts documented in the Guinness Book of World Records. You also get a chance to set a record of your own by indulging in the challenges there. This place is a must visit and is sure to bring a smile on the faces of every member of your family.

Hollywood - travel through the dreamland

Hollywood in Los Angeles, known for its prominent film industry, is one of the most famous tourist places in North America. It promises to give the visitors a flavour and glamour of Hollywood and takes them through the memory lane via its various museums dedicated solely to films and celebrities. A few days in Hollywood to explore the many things you can do there will surely prove exciting for travellers.

Sightseeing things to do US > Southern California > Hollywood
Also Read 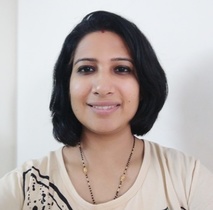 Shivani is a marketer by profession and a writer by passion. She is a founding member at MeeHappy Wellness, an employee wellness initiative in India. Shivani has had the fortune of working in...Read more
Want to contribute as a Local Expert?
Register Here
Hotels
Lowest Price Guarantee

Explore Hollywood
Good things are meant to be shared!