10 Best Things To Do In Loreto, Italy

Located in the Italian province of Ancona, in the Marche region, is a humble hill town called Loreto. The town holds an important position and is one of the holiest places on the East Coast of Italy. Loreto is home to many Catholic pilgrimage sites, such as the imposing basilica and fortress complex, which includes the Holy House of the Virgin Mary, or Santa Casa. According to tradition, many important events from the bible took place in Loreto. Pilgrimage or not, Loreto, Italy, is bursting with interesting things to see and do, attracting several million visitors each year. Read more to find out the best things to do in Loreto, Italy.

1. Visit Sanctuary of the Holy House of Loreto Sanctuary of the Holy House of Loreto, otherwise known as Basilica della Santa Casa in Italian, is one of the holiest and most popular pilgrimage destinations in Loreto, making it the main reason most people visit Loreto. The Catholic pilgrimage to the Holy House of Loreto dates back to the 14th century, where, according to tradition, the Virgin Mary was born and raised. The traditional belief is that angels carried this Holy House from Palestine to Italy, specifically on December 10th of 1294. Inside the sanctuary, you will find several chapels including Crucifix Chapel, French Chapel, Slavic Chapel, Polish Chapel and so much more.

Sanctuary of the Holy House of Loreto Camminamenti di Ronda, otherwise known as Walkways of Ronda, is one of the lesser-known spots in Basilica of Loreto, but nonetheless fascinating. The fortress was formerly used by the army to defend the basilica from the attacks of the Saracens. The walkway is characterized by medieval features and a basilica-fortress-like appearance, a contrast to the white marble features that cover the church. Today, the walkways no longer serve as a fortress but offer breathtaking panoramic views of the city and the Basilica, and makes for a great photo op place. Fontana Maggiore is a fountain sculpture that is placed at the center of the popular Piazza della Madonna, an area that captivates many tourists visiting Loreto. The marble fountain is a great example of Baroque art that was famous in the 17th century and is decorated with large bronze sculptures, including sculptures of dragons. The fountain was initially built by Carlo Maderno and Giovanni Fontana by the instruction of the popes to serve as a place where pilgrims could quench their thirst.

Museo Storico Aeronautico or Aeronautical History Museum is home to a collection of unique aviation pieces, including authentic Royal Air Force military uniforms that were purchased or donated. Although a humble exhibition, it is a gem to discover more about the Italian airforce as well as the history of aviation development, from Leonardo da Vinci to space travel. This interesting museum has free admission and is definitely worth the visit.

5. Tour Torrione Rotondo with your family Torrione Rotondo is a historical landmark built in the 16th century. The construction of the round tower began around 1519, following the orders of Cristoforo Resse da Imola. It was designed by architect Guido Cirilli, who had to rebuild the tower several times because of demolishment. The base of the tower, including its surroundings, serves as a remembrance park to pay respect to the Laurentian soldiers who have died in the war. The tower makes for a great photo op while visiting Loreto, as you learn more about the history of the city itself. Your trip to the Basilica is not complete without hearing the sound of bells coming from the bell tower known as Campanile Vanvitelliano. Standing at 75.6 meters (248 feet) high, it is the tallest bell tower in the region of Marche. The bell tower is a display of great 18th-century architecture, as it was designed by the great Italian architect Luigi Vanvitelli around 1750. It showcases Baroque architecture. The bell tower spans over five levels, and houses nine bells singing the notes of “Litany of Lauretane”.

7. Take a photo at Monumento a Papa Sisto V Situated in the heart of the popular Piazza della Madonna, standing on the left to the Basilica of the Holy House is an elegant bronze monument of Pope Sixtus V. Born Felice Piergentille, Pope Sixtus V was a man of great culture with firm faith. It was he who reformed the Church and the Papal States. The project of making the statue was led by Antonio Calcagni together with Tiburzio Vergelli under the order of eight bishops who had Sixtus V’s cardinal hat. The statue was completed in 1587. It’s a must-see, especially if you are visiting the Holy House.

Although many pilgrims come to Loreto to visit religious sites, many also visit Loreto to satiate their taste buds at Ristorante Andreina. This Michelin star restaurant serves Italian food, specifically grilled meat that attracts customers from places far from Loreto. Whether it’s lamb, partridge, suckling pig, or all other kinds of meat, expect the best grill here at Ristorante Andreina. Besides meat grills, the restaurant also serves all kinds of fine Italian pasta. It is cucina Italiana at its best, and you simply can’t miss out.

9. Check out Villa of Beniamino Gigli

This splendid villa, named under its first owner Bianimino Gigli, stands on top of Montarice hill, marking the border between the territories of Loreto, Recanati, and Porto Recanati. With incredible views of the Adriatic sea, the land was purchased by Gigli in the 1920s. Giuseppe Sacconi’s pupil, Guido Cirilli was entrusted to become the architect of this massive villa. A vast park surrounds the villa, with an Italian garden and an English garden inside of it. The villa itself consists of about sixty rooms spanning across two levels, including a chapel on the first floor. The property is an interesting depiction of different types of art styles, therefore making it a famous place to visit in Loreto. Standing in Apostolic Palace in the famous Piazza della Madonna, Museo Pontificio Santa Casa, otherwise known as Pontificial Museum of the Holy House is a museum that treasures art pieces donated to the Holy House and collected around the Sanctuary of Loreto since its beginnings. Some of the pieces you can find here include paintings, sculptures, furniture, and more. Although the Sanctuary of Loreto is known as a place of faith, it is also a place to celebrate art. Therefore, you would find that the art pieces housed here often have religious meanings to them and draws inspiration from biblical stories.

A city rich in history awaits you

Loreto, Italy, is a city with many interesting sights to see. From arts and architecture to its historical and religious appeal, there’s always something to do and something to see in this glorious city of the Marche region. Plan your itinerary accordingly. 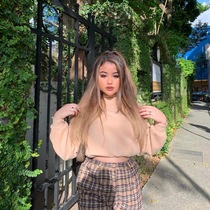 My name is Andini, and I come from Jakarta, Indonesia. My love for travel and discovering new cultures and places drove me to move to Singapore and pursue my degree in Mass Communications at...Read more
Want to contribute as a Local Expert?
Register Here
Hotels
Lowest Price Guarantee

Explore Marche
Good things are meant to be shared!