8 Things To Do In Mexico City At Night

Vibrant, colorful, and lively, Mexico City is a city of over 8.8 million people. It is a busy and bustling metropolis that is a complete traffic nightmare during the day. But nighttime paints a different picture. With the night air, there’s a more laid-back atmosphere, and as the night air becomes cooler, hipsters stroll the plaza among families and anyone interested in a pleasant night out is out to enjoy the evening. In Mexico City, a delicious evening dinner begins around 8 pm, Mariachi bands play until midnight, and afterward, the clubs are hopping, with all-night dance parties.

Read on to find out about the best things to do in Mexico City at night.

Looking for a unique way to experience traditional Mariachi band music? Stroll down to Plaza Garibaldi, where many Mariachi bands wander the street, until dawn. Salon Tenampa is a restaurant/bar with a rich musical history and it is even known as the setting for the filming of many Mexican films. This is a popular place to be, and luckily, Salon Tenampa takes reservations. They serve sopa, enchiladas, tacos, and a variety of other Mexican dishes that will make your mouth water. Enjoy your dinner in a festive setting, where a Mariachi band serenades you while you eat. They’re open Sunday through Thursday, from 1pm to 1am and Friday and Saturday, from 1pm to 2am.

Enjoying local drinks and live music after touring the city!

For almost 40 years, Bar El Jorongo has kept the same, authentic atmosphere. Many well known Mexican musicians have played here, and it has become a well-known spot to hear live Mexican folk music. The menu includes traditional Mexican cuisine and the restaurant features cocktails original to Bar El Jorongo, like the “mariachi cocktail.” It’s open Tuesday through Thursday, from 7pm-2am and Friday and Saturday, from 8pm-3am.

Tara Roma is a club in the heart of the Roma district. They serve drinks and have valet parking and they get very busy by late night, on Friday and Saturday nights. Since the club can get busy, the servers can as well, so patience is a must. Tara Roma is closed Mondays, Tuesdays, and Thursdays and is open Wednesdays, Fridays, and Saturdays, from 10pm to 5am.

Downtown ... be Chic! Pick up Service

Ready to do some salsa dancing? Mama Rumba welcomes everyone, from salsa newbies to salsa kings and queens, to come and shake up the dance floor. If you’re new to this style of dancing, Mamba Rumba offers salsa lessons for only 100 MXN (5.49 USD), every Wednesday, Thursday, and Saturday. The fee also includes entrance to the club, where you can see the real hip swingers and shakers hit the floor. Mama Rumba is closed Sunday through Tuesday and is open Wednesday through Saturday, from 9pm-3am. Colonia Condesa is quickly becoming a trendy, up and coming spot. It’s beautiful houses and tranquil parks line the streets. This area includes art shows, people watching, and cafes for young intellectuals to stir up a debate. The area has had some complaints about noise from some of the older residents in the districts, but it is still a wonderful place to stroll and take in some of the eclectism that is a part of Mexico City. A woman named Dona Gloria used to a run a small tortilla factory where this restaurant now stands, in the hip Condesa area. It’s decorated with artwork that changes frequently and there’s indoor and outdoor seating. A dinner for two costs around 30 USD and the cafe is a nice place to have a glass of wine outside and enjoy the atmosphere of the Condesa neighborhood. From Sunday through Wednesday, the restaurant is open from 9am-12am. From Thursday through Saturday, it’s open from 9am-1am.

AM Local is in the Condesa district and it’s a great place for anyone who likes techno, house, and electronica music. Guest DJ’s come from all over the world and the club gets very crowded on the weekends, but you can stay until the sun comes up. There’s no smoking in the club, but an open terrace where you can go instead. There’s also valet parking available. AM Local is closed from Sunday to Tuesday and open from Wednesday to Sunday, from 11pm to 5am.

A post shared by The Beer Box Grandes Cervezas (@thebeerbox)

The Beer Box offers local craft brews on tap and a selection of international bottles. There’s seating at the bar and a cozy atmosphere of tables and chairs around the room. The bartenders are knowledgeable about the drinks they serve. Take some precaution about drinking in Mexico City, though. Mexico City is at a higher altitude, so one drink may feel like multiple drinks, very quickly, to someone who isn’t a native of the city. Too much drinking can lead to heavy nausea and a rough morning after.

The Beer Box is the place to go for a good, local brew. The Beer Box is open Monday and Tuesday, from 5pm-10pm and Wednesday through Saturday, 2pm-2am. Sunday it is closed.

All night entertainment in Mexico City

Mexico City is a crowded and active city, even at night. Safe travel rules always apply - watch out for pickpockets and carry your purse/bag in front of you to protect it from being stolen. If you set your drink down in a crowded place, don’t pick it back up and drink from it again. Instead, get a new one. Mexico City is also a place where the setting sun doesn’t seem to stop anyone from having a good time. Viva la Mexico! 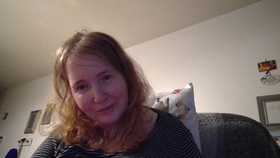 Susanna Carlson is a freelance writer from Wisconsin. She enjoys traveling, art, reading, and outdoor activities in her free time.
Want to contribute as a Local Expert?
Register Here
Hotels
Lowest Price Guarantee

Explore Mexico City
Good things are meant to be shared!