10 Best Things To Do In Ribeirao Preto, Brazil

The city was founded June 19, 1856, by farmers coming from the southeast of São Paulo State in search of good climate and soil for coffee growing. It is the eighth largest municipality in the state with an estimated population of 666,323 in 2015. The place has great economic and cultural significance. The climate of Ribeirao Preto is tropical, specifically a tropical wet and dry climate with rainy summers and dry winters. Dr. Leite Lopes–Ribeirao Preto State Airport is the airport serving Ribeirao Preto, Brazil which is operated by DAESP. Come and explore some of the best tourist attractions of this place!

The Teatro D. Pedro II was a theatre in Rio de Janeiro, Brazil. The theatre was inaugurated in 1871 and received the name of Teatro Imperial D. Pedro II in 1875. In 1890, after the proclamation of the Republic of Brazil, the theatre was renamed Teatro Lyrico. However the building was demolished in 1934. The place has a great cultural significance and is one of the must visit place in Brazil.

Ribeirao Shopping is a Brazilian mall, located in Jardim California, in the Zona Sul district. It has 380 stores, of which 20 are anchors and mega stores and a parking lot of 4,100 places (2,700 of them covered). The development is owned by Multiplan, and was inaugurated on May 5, 1981, initially denominated “Shopping Center of Ribeirao Preto”.

The Coffee Museum in Brazil has a very great historic significance as the imposing building where the coffee stock exchange was operated in Santos, is host today to one of the most interesting museums you will visit in Brazil: the Museu do Café (coffee museum). Brazil is the world’s top coffee producer and second largest consumers worldwide, so one should not leave the museum without trying one of the gourmet coffees in the Museum Cafe.

Comfortable room next to USP

The place has a very smothering location in the lap of nature with greenery all around. It is a fantastic place with good options for food as well as music and art. The place is equipped with a number of restaurants that provides food to satisfy the taste buds of every visitor.

The Catedral Metropolitana De Sao Sebastiao is the seat of the Roman Catholic Archdiocese of Saint Sebastian, the patron saint of Rio de Janeiro. The cathedral was designed by Edgar Fonseca in a modern style based on the Mayan architectural style of pyramids. The current cathedral was built between 1964 and 1979 and it is located in the center of the city.

The zoo is a family friendly attraction which display different species of animals in their natural habitat. It is an old forest reserve which is well preserved and has more than 500 animals for public display. It is absolutely free and no fees are charged from the visitors. Your trip to Ribeirao Preto, Brazil is completely incomplete without visiting this beautiful place.

The place has very family friendly and religious vibes. It is a large, beautiful place with around seven chapels of different saints in various styles. It is a peaceful location that you can enjoy in many ways, either immersing in the spiritual ambiance or just wandering around.

Three buildings facing a large square where the starting point of the town is located make up the Quarteirao Paulista, which seems to be the pride of the local people. The buildings have been carefully renovated and look quite nice, and the most famous draft beer in Brazil is served in the Pinguim, a bar that has become a legend for its ice-cold “chopp”. The square seems to have been abandoned at some stage as signs of decay can be seen, especially in the benches.

The Institute Figueiredo Ferraz is a space designed for the dissemination of art and culture, and seeks to bring to the city and region the discussions and debates on the most important artistic events in the national and international scene. It was open for the public on 3 October 2011 and aims to bring temporary exhibitions through partnerships with the most important cultural institutions of the country.

The Museu Historico Faculdade de Medicina da Ribeirao Preto -USP is a medical school of the University of São Paulo (USP) located in the city of Ribeirao Preto, founded 1952. It is considered one of the three best medical schools in the country and a premier medical research center. Its main campus is located in a charming old coffee farm on the outskirts of the city, with a total built area of 38,205 m2 (411,240 sq ft), including a small lake. It has a central building with the main departments for the basic medical sciences and an adjoining University Hospital, with 847 beds.

Ribeirao Preto is a must visit place and home to some remarkable sightseeing options. It is an excellent vacation spot and offers a soul enriching experience to its visitors. It has everything to make your vacation remarkable from historic places to zoos to different restaurants and much more. 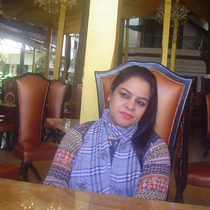 Explore Ribeirao Preto
Good things are meant to be shared!