One of India’s most beautiful cities is found in Gujarat state on the Vishwamitri riverbanks and 141 kilometers (87.61 miles) to Gandhinagar state capital. Vadodara, formerly called Baroda, is a huge Tier-2 city and the administrative headquarters in the Vadodara District where the trains connecting Mumbai and Delhi pass through. It is an amazing culture-rich city popular for its abundance of museums, nature parks, iconic temples, and jaw-dropping palaces. You’ll be surprised that there are several modern infrastructures and well-maintained roads with continuous water and power supply. This place offers the best of everything cosmopolitan – cuisine, schooling, culture, entertainment, and the warmth of its people. For travelers, there are Oyo rooms and Airbnb vacation rentals for the best stays .There’s also lots to see nearby. Plan a quick holiday by booking the best weekend trips in Vadodara, Gurajat, when visiting India. We’ve listed them below so check it out. Gandhinagar is Gujarat’s capital city and hometown of Mahatma Gandhi of whom the city is named after. This picturesque planned city just two and a half hours from Vadodara is a quiet town compared to the bustling city of Ahmedabad. Visit the famous Akshardham Hindu Temple, a massive mandir made of marble and sandstone, decorated with intricate carvings and chiselled pillars, and surrounded by a vast garden. Watch the Abishek Mandapam (the ceremonial cleansing of a murti or a deity statue performed with mantras and prayers) and the 45-minute Sat-Chit-Anand Water Show. Learn about the history of Gandhi by visiting Dandi Kutir Museum. Explore Indora Nature Park which features a zoo, botanical gardens, and a fossil and dinosaur park. 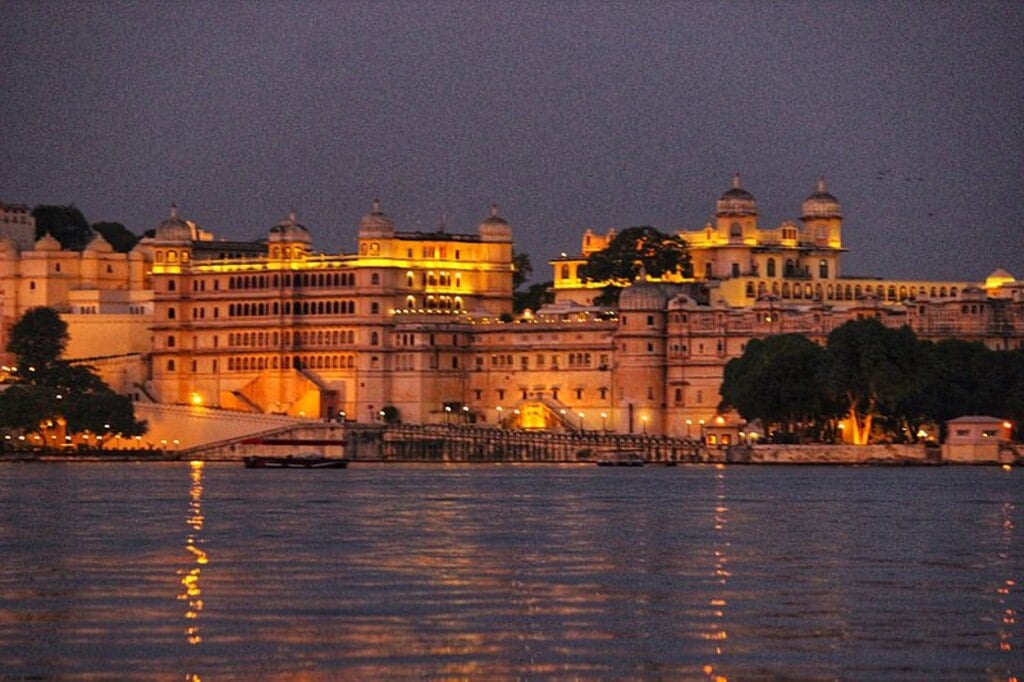 Udaipur or “City of Lakes” in west Rajasthan was formerly Mewar Kingdom’s capital city. It’s about half a day’s drive from Vadodara. It’s popular for its man-made lakes all over the city and the extravagant royal abodes that are hard to miss. It was called the most romantic place in India because of its picturesque landscapes, awesome ancient palaces from the Rajput era, and rich heritage. Take the nightly tour of City Palace Museum and witness the awesome Mewar Light and Sound show. It’s performed outdoors and is an extravagant showcase of the Mewar kingdom’s history using dancing puppets, magic shows, tribal and folk dancing, and others. 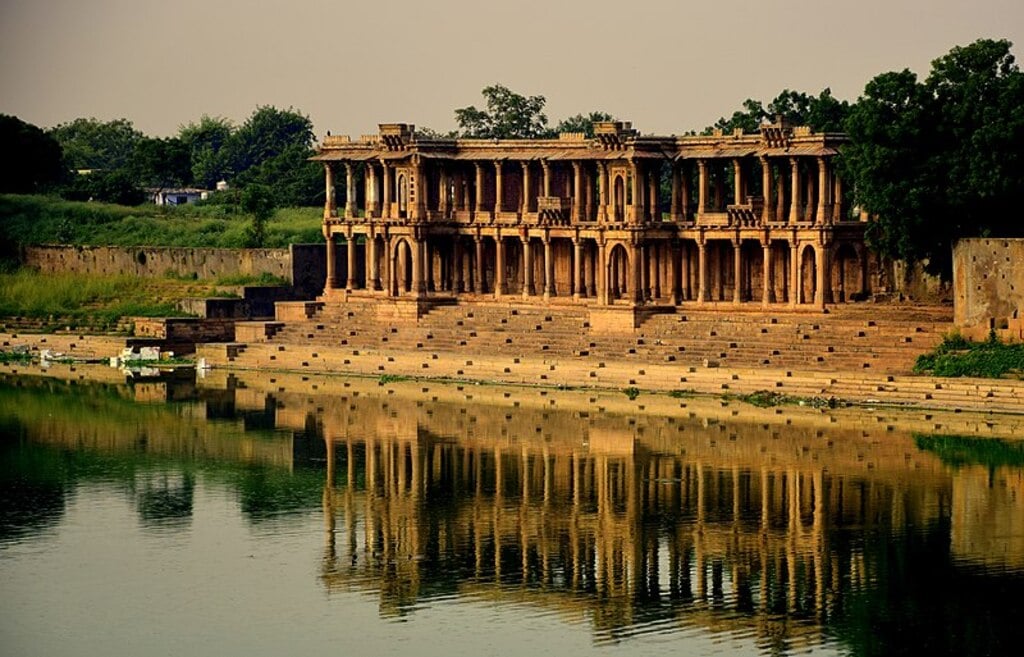 Ahmedabad is an important business and financial center that it’s often called “Manchester of the East”. This ancient city once ruled by Ahmed Shad is known for its rich heritage and close association with Mahatma Gandhi, “the Great Soul”. Since medieval times, it has been a prosperous city mainly for its textile mills and exceptional Indo-Saracenic architecture. See awesome palaces that are a mix of Islamic and Hindu designs and that attract tourists yearly. Visit Laxmi Vilas Palace, the former residence of the Vadodara’s royal family, the Gaekwads. The castle complex reflects the importance and history of the royals. This beautiful city is about two hours’ drive from Vadodara. Ladies who love diamonds will fancy visiting Surat, India’s diamond city, that’s only three hours from Vadodara. 90 percent of the diamonds of the world are cut and polished here then crafted into the most elegant jewelry in the world. Tourists can go shopping for diamond and gold accessories, silken sarees, and handmade handicrafts. Surat also has beautiful beaches such as Dumas Beach, popular for its black sand and iconic structures such as the 16th-century Surat Castle and Sardar Patel Museum. Other notable tourist attractions are Jagdishchandra Bose Aquarium, the lush Dutch Garden, places of worship such as Ambika Niketan Temple, and adventure parks such as Blues Adventure. In this culture-rich country, you’ll have no trouble in discovering more attractions to visit and things to do! Dakor, the Kheda district’s tiny city just 90 minutes from Vadodara , is among the six important pilgrimage places in the government’s “Yatradham Vikas Board”. Home to the Shree Ranchhodraiji, a grandiose ancient temple, it attracts thousands of pilgrims annually. Formerly Danknath Temple, in 1772 AD it became a Vaishnavite center and was renamed after Ranchhodi. It’s the region’s largest temple built on the shores of Holy Lake Gomti in the center of Dakor’s main bazaar. The main temple featuring 24 turrets and 8 domes is fortified by a wall. The 27-meter (88.58-foot) tall central dome is capped by a golden Kalash and a shiny white flag. Inside are paintings of Lord Krishna’s history; his 1-meter (3.28-foot) tall black touchstone statue dressed in expensive garments and ornate jewelry; and an intricate wood-carved throne coated with gold and silver. Mandu is the tiny city of Madhya Pradesh 233 kilometers (145.3 miles) away from west of Vadodara. It was a Muslim state capital around the 1400s. You’ll be delighted to see tourist spots, temples, hotels, picnic spots, and resorts such as Malwa on the road to the city. Ancient sites such as the Bagh Caves, falls such as Kakda Kho, forts such as Jahaz Mahal, and temples are waiting to be discovered, surrounded by fresh mountain scenery. The historical monuments are grouped in three clusters so it would be best to hire a professional guide for a proper tour of each place. Each cluster takes half a day to sightsee.

India will not be the largest producer of milk and its by-products if Anand’s White Revolution did not happen. Anand, India’s Milk Capital, is located in the Charotar region and is Anand district’s administrative center. It is just an hour away from Vadodara. It is the headquarters of AMUL, the brand name for Anand Milk Union Limited. Farming and large businesses fuel Anand’s robust economy. Aside from its dairy, farms, and vegetable markets, it is also known as an educational center, business hub, and an industrial belt. This vibrant and prosperous city is not without its traditional attractions such as Sardar Vallbhbahai, Veer Vithalbhai Patel National Memorial, and Galtheshwar Temple. Nadiad or Temple Town located in Kheda district is notable for its collection of lovely Hindu temples and Christian churches. It is counted among the biggest cities and the most vital business centers of Gujarat. The city was once ruled by influential Muslim families who left behind dargahs and temples that later on became major tourist attractions. Santram Mandir is a temple popular for its carvings. Mahadev Mandir is a 700-year-old temple devoted to Lord Shiva with awesome engravings and architecture. While sightseeing, shop for some Indian spices as Nadiad is a major trading hub. Spend a day or two in the city and feel the congeniality of its citizens. It is just an hour’s drive from Vadodara.

Private City Transfers between Ahmedabad to Nadiad, Anand, and Vadodara Champagner hosts the only UNESCO World Heritage Site in Gujarat which is Champagner-Pavagadh Archaeological Park. It’s a protected site where there are 11 various ancient monuments featuring an exceptional combination of Islam and Hindu architecture. The location is a historical feast for history buffs with its collection of tombs, temples, mosques, step-wells, and fortress ruins, most of which date back to the 16th century AD. The monuments are surrounded by lush gardens and a picturesque countryside view. Ahmedabad is just three hours away by car and its best to visit as a day trip between the months of July to February. 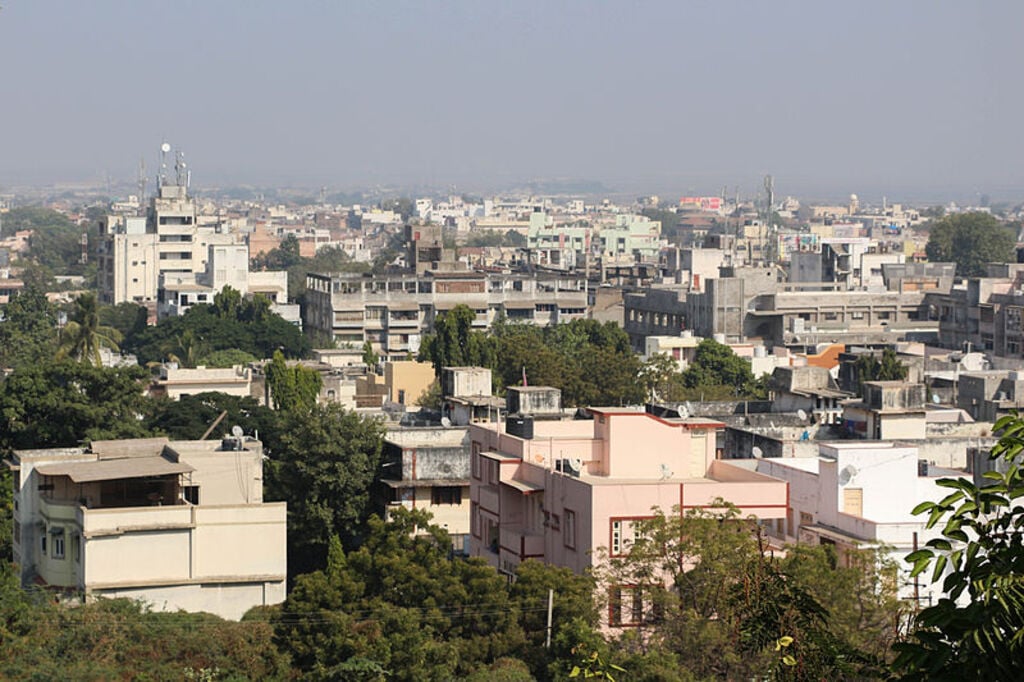 Bhavnagar is among the richest and most important cities in the Saurashtra region that lies on the coast of the Arabian Sea and Gulf of Cambay. Established as a city in Bhavnagar District in 1724, it became the Bhavnagar State Capital before its 1948 merger with the Indian Union. Here you’ll find several temples, lakes, and their popular version of the renowned Gujarati snack, ganthiya. It’s prominent due to its commerce, culture, and customs. It hosts several small- to big-sized businesses and is strategically located 50 kilometers (31.06 miles) away from Alang, the largest shipyard in the world. In 1743, it was a major port, trading with Persia, Mozambique, Africa, and Zanzibar. It is around five hours from Vadodara.

Taste the Gujarati lifestyle for a weekend

Gujaratis are known to be an essential part of Gujarat with their major contribution to India’s culture because of their diversity and vivacity. Their friendliness and minimalism have made them a prosperous society. Live the Gujarati lifestyle for a weekend by visiting the various local hotspots - including the places for the best biryani and street food stalls.

You may even make it a romantic getaway with your partner and stay in one of the best hotels for couples. By taking the best weekend trips from Vadodara, you will have a better appreciation of the Gujaratis’ history, culture, and way of life.

Explore Vadodara
Good things are meant to be shared!