Established in 1985, this sanctuary is located on the Churdhar Peak which is in the Sirmaur district. The centers of attraction of Churdhar Wildlife Sanctuary are monal, musk deer, barking deer, Himalayan black bear, langur, and leopards. This place also holds a religious significance as there is a statue of Lord Shiva within the sanctuary. From the top of the peak, the visitors can enjoy the scenic beauty of the river Sutlej in the south and Badrinath to its north. Spread over a wide area of 27.88 km (17 miles), this National Park is located in the Paonta Valley in Sirmour district. Simbalbara Wildlife Sanctuary was declared a National Park in 2010. This park is home to goral, sambhar, spotted deer, Chittal, Himalayan black bear, hanuman langurs, Indian muntjacs, crested porcupine, and many more animals. Trekking is one of the preferred ways to explore this sanctuary. The other species that are found here are hornbill, billed pageant, myna, parrots, etc. This National Park is situated in Banjaar the subdivision of the district Kullu. It was awarded World Heritage Site status by UNESCO in 2010. The Great Himalayan National Park is home for many bird and animal species such as bharal, Indian pika, mongoose, Himalayan black bear, Himalayan brown bear, red fox, western tragopan, plum-headed parakeet, black-chinned babbler, crimson sunbird and many more. Covering an area of 754 km (468 miles), the national park has 160 villages in it which are involved in vermicomposting, organic farming, medical plant cultivation, ecotourism, and many other income-generating activities.

Covering a vast area of 104 square km (64 square miles), the Inderkilla National Park is located in Kullu. Most of the plants grown here are considered to be of rich medicinal significance. This place has a rare species of flora and fauna of the Himalayan region which includes leopards, deers, and birds. This park is the least explored National Park of Himachal Pradesh. Kullu Manali Airport is 46 km (28.6 miles) from the sanctuary, which means it would take about an hour to reach here directly from the airport. This park is located in Lahaul and Spiti district of Himachal Pradesh. So the region is basically a cold desert and suitable to visit between May to October. The varieties of species found at Pin Valley National Park are fox, wolf, ibex, Himalayan marmot, woolly flying squirrel, snow cock, Himalayan snow pigeon, snow partridge, etc. About 48 km (30 miles) away from the park is Tabo Gompa, which is the largest monastery complex of the Buddhist religion.

This beautiful wildlife sanctuary is situated in Kinnaur district and lies on the left bank of the Satluj river. The forest in the sanctuary is covered with blue pine and silver fir tree. Trekking and camping are the two main to-do activities in the sanctuary. The species found here are snow leopard, Himalayan tahr, brown bear, fox, blue sheep, ghoran and many more. The wildlife sanctuary is located in the Sirmaur district and is one of the best wildlife sanctuaries you can explore in the state of Himachal Pradesh. This sanctuary has a special center of attraction which is safaris with the view of monkeys, wild elephants, leopards and many more. The other activities that the sanctuary hosts are fishing, trekking, swimming, sightseeing and bird watching. Established in the year 2010, the park is situated at a height of around 5,500 meters (about 18,000 feet) in Himachal Pradesh’s Kullu district. It covers a large area spanning 710 square kilometers (about 448 square miles). The wildlife found here is the wild bear. It protects a wide diversity of native fauna as well. The best time to visit this place is from April to June, and September to November. Spread in 110 kilometers (68.35 miles), the wildlife sanctuary is located in Chail, which is a popular hill station in Himachal Pradesh. The sanctuary is a home to varieties of flora and fauna. Being a hill station the climate over here is cool and pleasant throughout the year. Though the wildlife is open to visiting round the year, if someone especially wants to explore the wildlife then the best time to visit is between March to September.

This wildlife sanctuary is located in Hadsar. It is the second-largest wildlife sanctuary in Himachal Pradesh. Kugti Wildlife Sanctuary sanctuary has a large number of flora and fauna, which includes some rare floral species with different medicinal values. Manimahesh Temple is located in the periphery of the sanctuary. It is a popular pilgrimage destination in Himachal Pradesh. The sanctuary is a home for endangered species like monal snowcock, ibex, white-cheeked bulbul, red vented bulbul, musk deer, etc.

Himachal Pradesh has many hill stations such as Kullu, Dharamshala, Shimla and more that attracts many local as well as international tourists each year. The natural beauty of the wildlife sanctuaries here is another reason that entices many visitors to the state. Exploring at least one of these wildlife sanctuaries will definitely result in an unforgettable holiday experience. 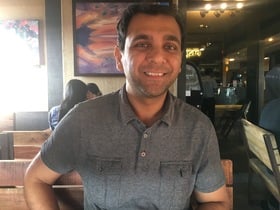 Explore Himachal Pradesh
Good things are meant to be shared!