Sprawling across more than one-eighth of the Earth’s inhabited land area, Russia is a fascinating medley of languages, cultures, and people. It boasts a rich cultural environment and a thriving arts scene encompassing a myriad of theatres and museums devoted to arts, literature, music, and history. It is little wonder that this remarkable country has been chosen to host the 2018 FIFA World Cup, and the world’s most popular sporting event will be held in 12 different stadiums across 11 Russian cities, namely Moscow, Saint Petersburg, Sochi, Kaliningrad, Nizhny Novgorod, Kazan, Samara, Saransk, Volgograd, Rostov-on-Don, and Ekaterinburg. If you are having difficulty searching for accommodations in any of these cities, you’ve come across the right article. Check out some of the top accommodations we have handpicked for you in view of the 2018 FIFA World Cup in Russia! Moscow, the capital of Russia, is among Russia’s densest, most ethnically diverse cities. As the political, economic, and cultural center of Russia, the opening and finals of the World Cup 2018 will be held right here, in the Luzhniki stadium of Moscow. While you’re at it, don’t miss out on the three UNESCO World Heritage Sites in the city: the Moscow Kremlin, the former royal citadel and now the official residence of the President of Russia; the Novodevichy Convent, part of the defence system of the city, and the Kolomenskoye Estate, a former royal estate of the Tsars. Aside from these historical sites, the city also harbors an appreciable number of luxury hotels and vacation rentals that you’ll gladly call home for your holiday.

See our selected accommodations near Luzhniki Stadium In Moscow Saint Petersburg – Russia’s second largest city after Moscow, lives up to its grandiose reputation, with its many regal palaces and majestic cathedrals. The 2018 FIFA World Cup matches will be held in the new 69,000-seat Saint Petersburg stadium, situated on Krestovsky Island facing the Baltic Sea. Among the highlights of the city’s attractions is undoubtedly the breathtakingly gorgeous Hermitage Museum, the second largest museum in the world that holds a remarkable collection of paintings. The renowned drawbridges over the grand Neva River and the White Night Festival held during the season of the midnight sun attract tens of thousands of tourists every year. Uncover a life of opulence with the luxurious accommodations we have picked out for you!

See our selected accommodations near St. Petersburg Stadium In Moscow Sochi, now commonly introduced as the “Russian Riviera”, is a city located along the sensational Black Sea coast, against the gorgeous backdrop of the Caucasus Mountains. The entire city underwent major development and expansion to hold the Winter Olympics back in 2014, and now, the state-of-the-art 40,000-seat Fisht stadium (which served as the venue for the opening and closing ceremonies of the 2014 Winter Olympics) will be used to hold matches in the 2018 FIFA World Cup. If you are a sports enthusiast, then you’ll enjoy the myriad of outdoor activities that the city offers, including mountain climbing, hang-gliding, diving, sailing, aqua biking, and of course, skiing. Stay close to the action by opting for a stay in one of the top accommodations we’ve picked out for you! Kazan, one of the oldest Russian cities and the capital of the Republic of Tatarstan, is among Russia’s most ethnically diverse cities thanks to its large student population of more than 180,000. This culture of youth and vibrancy instilled by the young people has given rise to a welcoming and optimistic climate, making the place a desired resort and an ideal spot to hold the 2018 FIFA World Cup. Specifically, the matches will be held in the state-of-the-art, 45,000-seat Kazan Arena. While you’re at it, don’t miss out on the Kazan Kremlin, a UNESCO World Heritage Site that stands as the most significant landmark of Kazan. The city is also known for having many urban green spaces that serve as a sweet spot for a relaxing amble or an impromptu picnic. Discover the fascinating Tatar culture and Muslim traditions while staying in one of the top accommodations in Kazan!

Kaliningrad, the capital of East Prussia, is a prominent Russian Baltic seaport and gateway to Europe, thanks to its geographical separation from the rest of Russia. Apart from being blessed with pristine beaches and pine sand dunes, it is also updated with ultra-modern sports facilities, including the two-tier Kaliningrad Stadium which will host the 2018 FIFA World Cup matches. A great introduction to the city’s illustrious past would undoubtedly be the Kaliningrad Cathedral, a UNESCO World Heritage Site featuring photos of old Königsberg and the tomb of the famous philosopher and Kaliningrad native, Immanuel Kant. Although not much has survived the maelstrom of 1945, the city offers a myriad of museums for visitors to explore and enjoy. Revel in all the attractions that Kaliningrad has to offer in one of these top accommodations! Nizhny Novgorod, commonly referred to simply as Nizhny, is one of a hundred world cities on the UNESCO World Heritage List. Perched atop a hill overlooking the Volga River, the city is the main center of river tourism in Russia and continues to develop as a key business and cultural center. It boasts a considerable number of universities, theaters, museums, and churches, in addition to the new 45,000-seat Nizhny Novgorod Stadium that will be hosting the 2018 FIFA World Cup matches. One of the key attractions that has to be included in your itinerary for your trip to Nizhny is definitely the Kremlin which stands on an elevation and offers one of the best views of the city and its waterfront. Visitors will also be in awe of architectural and spiritual gems like the Main Fair building, Transfiguration Cathedral, and the Alexander Nevsky Cathedral. Aside from these must-see attractions, you will also love the stunning accommodations that we’ve prepared for you and your loved ones! Volgograd, formerly known as Stalingrad to honor Joseph Stalin for playing a crucial role in the country’s defense against the Whites, is an important industrial city that is largely involved in shipbuilding, oil refining, as well as steel and aluminium production. It rose to global prominence for being the battleground of one of the largest and bloodiest battle in the history of warfare, and now the Mamai Hill, one of the city’s key attractions, houses the remains of the 34,500 soldiers who died defending the city. Putting its dark and illustrious past aside, the city will be hosting the 2018 FIFA World Cup in the Volgograd Arena, a 40,000-seat football stadium near the Volga River. Nature lovers would enjoy the many scenic attractions in the city, including the Volga-Don Navigation Canal which connects five seas, and the Komsomol Park, a sweet spot for a relaxing amble. But aside from these natural wonders, you will love the top-notch hotels and charming apartments that await you and your loved ones. Source: Photo by user Ninara used under CC BY 2.0

Located at the convergence of Europe and Asia, Yekaterinburg, alternatively romanized as Ekaterinburg, is one of the most important economic centers in Russia. It has been experiencing a boost in economy as well as population growth, thanks to its world-class infrastructure that comprises an efficient metro system and an renovated airport. With the 2018 FIFA World Cup being held in the city’s 35,000-seat Ekaterinburg Arena, it is expected to see even more advancement. Visitors can enjoy its thriving art and music scene that encompasses contemporary art galleries and exciting music festivals and clubs. Nature lovers can have a fun-filled time exploring the wide range of outdoor activities offered in the Ural Mountains, while the city’s numerous historic sights will keep history lovers entertained for days. With something for everyone to love in Yekaterinburg, why not opt for a stay in one of the top accommodations we have selected for you? Saransk, the capital of the Republic of Mordovia, is home to the Moksha and Erzya ethnic groups, which belong to the Finno-Ugrian group, along with the Hungarians, Finns, Estonians and others. Thus, its people have a high regard for the preservation of national identity, culture, and customs, making it a popular venue for ethnographic and folklore festivals. With its Mordovia Arena hosting the 2018 FIFA World Cup matches, local and tourists can look forward to not only a great sports celebration, but also the perfect opportunity to explore some of the city’s hidden gems, such as the Museum of War and Work Efforts, Cathedral of St. Fyodor Ushakov, and the Pushkin Park. Discover the Russians’ love for statues in Saransk and don’t forget to the Gerard Depardieu Centre to learn more about the famous citizenship swap of its founder. Check out these top accommodations in Saransk and you’ll be good to go! Samara, the capital of the Samara Region and Russia’s sixth biggest city, is an ideal spot to take in breathtaking views of the splendid Volga River and the magnificent Zhiguli Mountains. A major transport hub encompassing an international airport, a bustling railway station, and a busy river port, it is little wonder that the city will be playing host to the 2018 FIFA World Cup in the 44,918-capacity Samara Arena. Visitors can look forward to finding out more about the advanced aerospace industry in the city in the Samara Space Museum and Samara State Aerospace University. Art lovers can visit the Samara Regional Museum of Art, while history lovers will look forward to visiting the 37-meter (121-foot) deep Stalin’s Bunker, as well as the multitude of monuments littered like confetti in the area. Staying in one of the accommodations we have picked out for you in Samara will guarantee a plethora of things to do. Rostov-On-Don, a port city overlooking the gorgeous Don River, is a major transport center that is commonly known as the gateway to the Caucasus since it is well-served by buses, trolleybuses, trams, routed cabs, the Rostov metro, and the Rostov-On-Don Airport. Hence, it is little wonder that the city will be playing host to the 2018 FIFA World Cup in the brand new 45,000-seat Rostov Arena. Visitors will be mesmerized by the sheer diversity of cuisine and the numerous sports bars that can be found along the streets of the city, where affordable craft beers and large flat-screens are provided for catching football games. The tranquil sand beaches of River Don is another attractive place of interest that you should not miss. With so much to do in the area, you would need to ensure that you’re well-rested in one of the top accommodations in Rostov-On-Don! 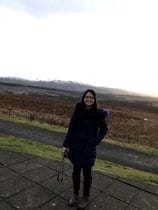 Growing up in Singapore, Jing Wen has been exposed to a myriad of cultures and languages which sparked her passion for traveling, writing, and storytelling. She is well-versed in both English and...Read more
Want to contribute as a Local Expert?
Register Here
Hotels
Lowest Price Guarantee

Explore Russia
Good things are meant to be shared!