When it comes to land size, Bavaria is the largest state in Germany; it is also one of the most visited. Travelers are captivated by Bavaria’s breathtaking alps, its towering cathedrals, its charming ancestral homes, and diverse museums. Get a glimpse of Germany’s past by visiting the well-preserved medieval town of Bamberg that has existed since the 11th century. Tour the magnificent Neuschwanstein Castle that proudly sits on top of a rocky mountain. Marvel at Bavaria Alps and be bewitched by the glimmering beauty of Lake Constance. Delight in the colorful river of Passau, or admire the exceptional craftsmanship behind St. George Church’s Gothic vaults. After an exciting day, get your fill of Bavaria’s best culinary delicacies and enjoy the best beers in Europe. Immerse yourself in Bavaria’s rich culture and majestic landscape. Here’s a rundown of the most beautiful towns in Bavaria, Germany.

Discover the fairytale town called Rothenburg. Take a selfie in one of the most photographed sites in Germany- Plonlein. Its timber-framed house, along with the two towers in the old city, and was the inspiration to Disney’s 1940s film, Pinocchio. Visit the Church of St. James and contemplate on the cloth relic with the holy blood of Jesus Christ. Be inspired by the artistry of Master-Builder’s House and its stone sculptures that represent the Seven Virtues and the Seven Deadly Sins. Explore the bizarre and unusual found in The Medieval Crime Museum. It exhibits over 50,000 law enforcement objects used during medieval times. End your tour with a leisurely walk in Old Town, or have a refreshing beer in one of the local restaurants in town.

Declared by UNESCO as a World Heritage, Bamberg is a must-see for all travelers and locals alike. Its baroque architecture and medieval town design, including the layout of its city and settlement, have been maintained with integrity since 1007 AD. An all-time favorite of travelers is Old Town, with its trompe d’ oeil architecture, beautiful frescoes, and façade, which create an illusion of three-dimensional quality.

The Imperial Cathedral of St. George and St. Peter is also a must-see, as it is a significant structure of the Romanesque style of architecture. For a therapeutic dose of beauty, feast your eyes on over 4,500 roses in the enchanting Rose Garden inside New Residenz courtyard. Bamberg is also celebrated for its awe-inspiring statues such as the impressive marble sculpture of the Bamberg Horsemen, which was sculpted in the 13th century.

Enclosed by massive medieval walls and towering gatehouses, this town withstood eight sieges during the Thirty-Year War in the 17th century. It has since preserved its gorgeous Renaissance houses that belong to aristocrats and merchant families. Famous for its old churches, fountains, half-timbered houses, and art, Dinkelsbuhl is also famous for its Kinderzeche, a 10-day celebration to honor the children that saved the town from destruction.

You can marvel at the 15th century ancestral home called Deutsches Haus and the carvings on its time walls that depict the planets as gods, Mary and Child, and Bacchus- Roman god of wine. You can also visit the awe-inspiring gabled houses in Wienmart, or walk to the aisles of the finest single-naved Gothic church of St. George.

The merged city of Garmisch-Partenkirchen lies in the shadow of the country’s highest peak, Zugspitze mountain. This makes it a favorite destination for hikers, ice skaters, and skiers. Marvel at the greatness of The Alps on a cogwheel train trip up the Zugspitze’s limestone mountains, or visit the 1936 Winter Olympics ski stadium.

Stroll down Germany’s royal avenue, Ludwigstrasse boulevard, and stop by one of its chocolate shops to have a taste of one of Europe’s best chocolates. When in Garmisch-Partenkirchen, treat yourself to Bavaria’s mouth-watering culinary offerings, such as the crispy national delicacy Schweinhaxen mit Knodel (fried pork legs with dumplings), while sampling Bavaria’s best beers.

There is elegance in Lindau - an alluring island beside the peaceful Lake Constance, encircled by the naked Alps and the horizon. Lindau’s image is also of two majestic towers. The 33-meter (108-feet) high New Lighthouse became an important feature of Lindau in the mid-19th century. Together with the six-meter (20 ft) high Lion statue, the lighthouse creates a powerful impression. The older tower, the majestic Mangturn, was built in the 12th century and is the island’s former lighthouse. It is a well-known historical edifice.

Take a walk to Maximilianstransse Boulevard and be captivated by the patrician houses. These houses were built in Renaissance and Gothic architectural styles. In no time, you’ll be in The Old Town, one of the most captivating ornate buildings in Lindau. Do stop by The Evangelical Church of St. Stephan to appreciate its humble beauty.

Fussen is a lovely place with many castles, museums, abbeys, a waterfall, and the Alps. As a hub of lute and violin music, the town’s Museum of Fussen, with its elegant baroque halls, houses the best collections of the said instruments in Europe. On the other hand, the Gothic castle of Hohes Schloss is a regional art museum, filled with paintings and sculptures from the last six centuries. Appreciate the calm chalk blue-green Lech river and the steeped falls of Lechfalls.

Walking distance from Fussen are two admirable castles: the Neuschwanstein Castle and Hohenschwangau Castle. Hike early to the elegant hingeless arched Mary’s Bridge and take your best selfie with the amazing Neuschwanstein as a backdrop. Alternatively, take a 20-minute bus ride to Wieskirche and marvel at the ornate Rococo masterpiece of Dominikus Zimmerman and Johann Baptist, a UNESCO world cultural heritage site.

This little town in Swabia is more than just a collection of historical sites. It is also committed to preserve and promote Germany’s rich cultural heritage, with its six museums. Be amazed by St. Silvester Chapel’s 15th-century baroque architecture. This magnificent structure also houses the unique Tower Clock Museum. Its collections include 50 tower clocks, the longest pendulum clock in the world, while its oldest clocks date back to the 16th century. Other museums worth a visit include Swabian Crib Museum, which exhibits Christian religious arts, Textile Museum - a storehouse of rare and luxury fabrics, and South Swabian Archaeological Museum exhibiting life in the last Ice Age up to the start of the Middle Ages. Also, take time to visit St. Stephen Church and marvel at its soaring and imposing tower.

Excite your senses with a breathtaking view of the Alps and the majestic lakes of Berchtesgaden. Go on a day tour to Kehlsteinhaus or The Eagle’s Nest, which is a former retreat house of Hitler. Now, it is a tourist destination with a picturesque view of the Alps and a monumental reminder of the atrocities of the Third Reich. 3 km (1.8 mi) from Berchtesgaden is Dokumentation Obersalzberg museum. In 1930s, it served as the second seat of power. The museum provides visitors visual explanations and narrations on events that enabled the Nazi reign of terror. Also a stand-out is Salt Mine Berchtesgaden, which has operated non-stop since 1517. Dress up as a miner, ride the stylish miner’s train, and go on a guided tour of the salt mine.

Nordlingen is a destination with an old-town charm. Be enchanted by its medieval walls preserved with integrity, shielded parapet trails, and imposing towers encircling the town. What used to be a 500-year old medieval barn now serves as Ries Crater Museum. Its exhibits range from meteorites and fossils, to information on the Ries deep crater, and even real moon rocks, courtesy of NASA. Climb to the top of the 90 meters (295 feet) high Daniel Tower beside the massive Gothic church of St. George for an exhilarating view of the town from above. Delight in the sight of the 13th-century stone-structure, gabled roofs, and towers of Rathaus (townhall).

Passau or City of Three Rivers sits by the rivers Danube, Ilz, and Inn. Its old town appeal and fairytale-like winding alleys make Passau the perfect getaway. Explore the Altes Rathaus (Old Town Hall) ornate and elaborate Neo-Gothic architecture, and enormous glockenspiel clock on its tower. Walk along Passau’s easy streets and have coffee at the Scharfrichterhaus, a structure of national importance. You should also go to St. Stephen Cathedral to see the largest cathedral organ in the world. Passau’s relentless beauty lies in the color of the water of each of its rivers. The Inn has a whitish hue, Ilz is almost black, while Danube is dark teal. These rivers converge, forming a resplendent ripple of white, black, and dark teal colors, inspiring creativity and love for nature.

29 reviews
Oops, this activity is currently unavailable. Check out these alternative activities in the same location.

Have a wonderful time in Bavaria

Whether you are into majestic castles, dainty patrician houses, or breathtaking views of lakes and the Alps, Bavaria is the best destination for you. Be amazed at exquisite artworks and sculptures, relish its cuisines, and drink steins of Bavaria’s best beers. 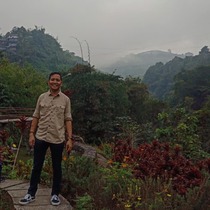 Francis is a writer, an avid reader, and a traveler. He likes to eat sushi inside concrete minimalist restaurants and walk through Chinatown while eating Champoy. He has a grey cat named Siopao-...Read more
Want to contribute as a Local Expert?
Register Here
Hotels
Lowest Price Guarantee

Explore Bavaria
Good things are meant to be shared!