9 Best Things To Do In Addis Ababa, Ethiopia

Addis Ababa has a relatively short history as a capital, established only in 1886. But in that short time, it has become a sprawling city of nearly 3.5 million people and a symbol of Ethiopia’s history and cultural importance. This article lists some of the best things to do in Addis Ababa, covering important cultural, religious, and historical sites.

Named after the Meskel Festival, which has been celebrated for more than 1,600 years, the square is often a site for demonstrations, celebrations, and public gatherings. It is also the spiritual home of running in Ethiopia, where hundreds of runners, some of them members of the Ethiopian Olympic running team and hopefuls to the team, dart switchbacks across the amphitheater. They usually gather early in the morning, before the heat and humidity have settled over the capital city. Despite being such a short loop, there are several different routes of varying distances to allow you to change up your routine and work out every day.

In 1974, the partial skeletal remains of a hominid were found at an archaeological dig in Ethiopia’s Awash Valley. This skeleton quickly took the moniker Lucy and became a well-known figure in the scientific study of early humans. Two years later, the Ethiopian Cultural Heritage Administration was founded and floated the idea of creating a national museum. French archaeologists had already founded the Institute of Archaeology in 1958. Under the National Act, which provides for the preservation and protection of Ethiopia’s antiquities, the Institute of Archaeology became the National Museum of Ethiopia.

The Palace, now the Ethnological Museum

The Ethnological Museum of Ethiopia, located at Addis Ababa University within the Institute of Ethiopian Studies, is the only museum in Addis housed in a university. Established in 1955, its goal is to preserve the nations heritage, conduct research into the cultural history of Ethiopia, and provide education about Ethiopia and its cultural heritage. The museum has over 13,000 items both on display and in storage that highlight the history and the importance of Ethiopia both as a nation itself, and in the larger context of Ethiopia as the horn of Africa. This is a highlight of any museum tour in Addis Ababa.

Fun Stay at the Circus

In 1974, Emperor Haile Selassie was deposed in a military coup by Mengistu Haile Mariam’s junta known as the Derg. Between 1977 and 1978, over half a million Ethiopians—men, women, and children—were killed or mutilated by this military tyrant. The Red Terror Martyrs Memorial Museum was established to memorialize the martyrs of this “Red Terror,” while preserving photographs, artifacts, and other documents of this terrible time in Ethiopia’s history.

At 3,200 meters (1,067 feet) above sea level, Mount Entoto is the highest peak that overlooks the city of Addis Ababa. Emperor Melenik II built his palace here during his campaigns to create the modern Ethiopian state, and it was from here that Empress Taytu Betul built a small camp that she called Addis Ababa (“new flower”). The octagonal Maryam Church, located atop Mount Entoto, hosted Melenik II’s coronation in 1889. This is one of Ethiopia’s most revered religious places, and as such, it is not a museum per se.

Posted by Holy Trinity Cathedral in Addis Ababa on Thursday, 28 May 2015

The Holy Trinity Cathedral is the highest ranking Ethiopian Orthodox cathedral in all of Ethiopia and ranks only behind the Old Church of St. Mary of Zion in Aksum as the most important place of worship in the entire country. The ornate cathedral, with its massive spires, copper dome, and several intricately carved statues, is a mixture of several styles of architecture. The cathedral, built after World War II to commemorate Ethiopia’s liberation from Italian occupation, serves as the final resting place for Emperor Haile Selassie and his Empress Menen Asfaw. In addition to being an active church, the cathedral is home to a school and museum.

This is St. George’s #Cathedral, located in Addis Ababa. It is a structurally unique as the building is #octagonal.

St. George’s Cathedral, noted for its distinctive octagonal form, was built on the site of a 15th-century church. Commissioned by Emperor Melenik II to commemorate the defeat of the Italians in 1896, the church was completed in 1911. It was designed by Greek, Armenian, and Indian artists, and their influence can be seen all over the grounds.

8. The Mausoleum of Menelik II

Few figures in Ethiopia’s long history played a more important role than Menelik II. Credited as the father of modern day Ethiopia, Menelik presided over a campaign that drove out the Italian invaders and created a unified Ethiopia. The Mausoleum, built in 1917, is an active church and also is the final resting place of Empress Tatyu, his wife, and Empress Zawditu, his daughter who ruled Ethiopia after her father’s death.

Ethiopia has a long and bloodied history. As the only country in Africa not to be colonized by a European state, it has always held a position of great interest to other nation-states both abroad and in the region. Not far from Meskel Square sits the Tiglachin Monument (sometimes called the Derg Monument), commemorating the end of a conflict that brought foreign powers to battle in Ethiopia.

History is alive in Addis Ababa A tour of some of Addis Ababa’s most important religious, cultural, and historic sights will give you a glimpse into the storied, and sometimes bloody, past of Ethiopia. 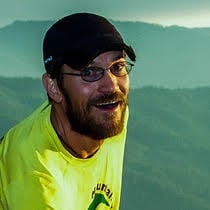 Explore Addis Ababa
Good things are meant to be shared!