7 Best Things To Do In Echternach, Luxembourg: Experience Old Charm

One of the oldest towns in Luxembourg, Echternach is a place not to be missed if you were to be traveling through the region. Surrounded by its medieval walls that date back to the 10th-century, Echternach stands today as a historical abbey town that has much to offer. With just under 5,000 inhabitants, Echternach is a quaint little town that can be accessed from the main Luxembourg city by bus, car or a cycling trail. All you need is just 2 or 3 days to cover this little town by foot, and you might just fall head over heels with all she has to offer. Bring your camera and don a pair of comfortable walking shoes! All set and ready? Here is my list of 7 places to visit, to experience the old charm of Echternach. The Abbey can be divided into three sections: The Saint-Willibrord Basilica, The Benedictine Abbey and The Museum of Abbey.

Within the grounds of this abbey is the actual resting place of the late Saint Willibrord, the abbot of the first church in Echternach. With financial backing from Pepin of Herstal, a Frankish statesman and military leader, St. Willibrord established the first settlement at Echternach and died in this town in 739, where he is laid to rest. Pepin then raised the Abbey of Echternach to the status of “Royal Abbey” and it soon became one of the most prosperous towns in Luxembourg.

The Abbey of Echternach is a location not to be missed, for within its walls holds much of Echternach’s history. Step into the monastery and be overwhelmed by its splendor and elegance. Take a walk through the abbey and enter the crypt where Saint Willibrord was laid to rest. Venture deeper into the Museum of the Abbey, located in the basement, and have a look at the medieval scriptures and other works of the late St. Willibrord on display. Not to worry about the language barrier for there are audio guides available in the following languages: German, French, Dutch and English - provided free of charge to visitors.

If you are lucky, you might witness the Dancing Procession, which takes place annually on Whit Tuesday. Plan your itinerary well if you wish to observe this curious “dancing procession” otherwise known as “3 Steps forward, 2 Steps back”. The procession is held in honor of St. Willibrord, where it starts at 9 in the morning and ends past mid-day at the church where the dance continues around the tomb of St. Willibrord. Do check the website for the opening hours before heading down.

Just the right activity to step away from hustle and bustle of the main town area. This artificial lake located near the entrance of Echternach offers many activities for the young and old. Although it is forbidden to swim in the lake, you may still partake in water activities such as pedal boating or fishing. Do note that the latter requires a permit.

Afraid of falling into the water whilst pedal boating? Try taking a walk along the hiking paths that surrounds the lake. If you are lucky, you may spot some ducks and swans as you stroll and bask in the afternoon/evening sun. If you are a bird watcher, this reserve suits you just! Spot the varying species of birds that nest here during the different seasons. None of these activities excite you? You could simply pack a picnic basket, lay on the grass and enjoy the wonder of nature with your family and friends.

Although the walls were badly damaged in World War II, it was subsequently restored to its former glory. The medieval walls show signs of weathering through the years, but it still holds strong. It is said that the walls date back to the 10th-century and was further expanded in the 13th-century to include more towers and gates, further fortifying the town. Today, it stands as a tourist attraction. Take a quick walk to one of the towers or gates for a picture, or if you have time to spare, challenge your family and friends and see if anyone can count up to 20 towers and 4 gates.

4. The Abbey Garden (The Orangerie) If you do visit The Abbey of Echternach, do take a walk to the nearby garden. Located near the “Sure River”, it is the ideal location to just take a breather and take in what nature has to offer. Cross the courtyard of the Abbey, towards the rotunda and walk through a cast-iron arch to discover the gardens. The statues that are placed on the front side of the Orangerie depict the four seasons. What is a visit to a historical town without a visit to an archaeological site? Located on the periphery of Echternach, the Roman Villa is one of the largest remaining ruins of the Romans that dates back to the 1st to 5th-century. These ruins were discovered following the excavation of the nearby artificial lake in 1975. Entry to the site is via a small museum that houses life-size replicas, illustrating what everyday life was like for the Romans. Also, have a quick look at the miniature model of how the Roman Villa was like before stepping out to see the foundations of the Villa. Note that entry is free, and the interlude between the opening hours. The main feature of the Market Square is the ancient palace of justice (Denzelt) which was built in the 14th-century. However, a fire in 1444 destroyed much of the building, whose exterior was restored in the following years. Have a stop by the Market Square for a quick bite and spot the Gothic features of the Denzelt. Just a stone’s throw away from the Denzelt, is the Rue de la Montague which are big stone blocks. Erected in 1998, these blocks commemorate the 1,300 year old history of Echternach.

7. The Cross of Justice Otherwise known as the Column of Judgement (Urtsel), this monument in the Market Square signifies the supremacy and authority of the Abbot. In 1774, the citizens of Echternach wanted to dismantle this symbol of power and replace it with a fountain. However, no action was taken until 1794 when it was destroyed by the troops of the French Revolution. 144 years later, the column was once again set up in front of the town hall only to be destroyed again in 1944, 6 years after its restoration. Today, here it stands once more after it was rebuilt in 1982. Do try and snap a picture of this column together with the Denzelt in sight.

The Cross of Justice

Gear up, and experience the old charm of Echternach

Whisk yourself away from the hustle and bustle of the main Luxembourg areas and find yourself in the quaint little town of Echternach. Take your friends and family, and enjoy a picnic by the lake or a simple hike through the trails. Spend some time at the museum, or walk through the Market Square. Regardless of where you choose to go, Echternach definitely has something for everyone. 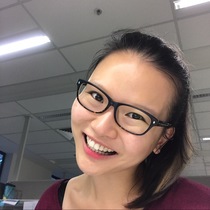 Edna is a writer based in Australia, but Singapore is still a nation she proudly calls Home. Currently pursuing her PhD in medical research, Edna has never let her research workload stop her from...Read more
Want to contribute as a Local Expert?
Register Here
Hotels
Lowest Price Guarantee

View Deal
×
Explore Abbey of Echternach
Good things are meant to be shared!