Best Things To Do In Pittsburgh, PA - Updated 2021

Traveling around to different cities is fun, but if you don’t know where to go or even where to begin your search, it can make the trip and traveling a little stressful. Here’s a good place to start, with different activities to do in Pittsburgh!

Posted by The Andy Warhol Museum on Saturday, 4 March 2017

If you don’t know who Andy Warhol is, this probably isn’t the place for you to be visiting. But really, even if you don’t know who the artist is, it’s a great place to visit if you’re into the pop art scene. Andy Warhol was actually born in Pittsburgh, PA, and the museum interacts with the star on multiple levels. The artwork in the museum is all the works that Andy Warhol completed in his lifetime. Some of these include the Campbell’s Soup Cans and the Green Coca-Cola Bottles artwork. There are paintings, sculptures, prints, photographs and even wallpapers and books that were written by the artist. It’s really quite a fun way to spend an afternoon if you’re a fan of the man or his artwork.

As Spring continues rolling in, look for new faces at your bird feeder! Several species that migrated south for the...

This is the only independent indoor nonprofit aviary in the United States, and luckily it’s in Pittsburgh, Pennsylvania! This is a pretty big zoo of hundreds of species of birds. They have the Bald Eagle, Burrowing Owl, Canary, Inca Dove, Scarlaw Macaw, and the White Necked Raven among many others. These birds are housed in areas where they can stretch their wings and perform duties such as procreating and hunting. For those that want to feed the birds, that price is included in admission, so you don’t have to pay anything extra. Most feeding events take place in the afternoon but a few of them are fed multiple times a day, so if you miss one you can go to the next. This place is for anyone that loves animals and has a little bit of everything, which means everyone can be appeased in the group. The different sections of the area are the PPG Aquarium, where all of the aquatic animals are housed. Then there is the Asian Forest, which keeps the endangered big cats, Komodo dragons and red pandas. There is also the Tropical Forest, which resembles a big rainforest and it houses the lemurs, monkeys, gorillas and sloths. There is the African Savanna, which houses the elephants and giraffes. The Bears section, Cheetah Valley, Water’s Edge, and the Islands are also areas of the zoo. With so many animals to see, the whole family can enjoy this particular trip.

Admission to Carnegie Museums of Art and Natural History will be free from 6—8 p.m. on Thursday, April 6 as part of the...

Posted by Carnegie Museum of Natural History on Tuesday, 4 April 2017

When someone says history, a lot of people want to cringe and run away, whether it’s a kid or grown adult. But this one is something that will grab anyone’s attention. With over 22 million specimans, there are a good 10,000 of them on display at any time. There are many exhibits here, but one most noteworthy is the Dinosaurs in Their Time exhibition. It holds the world’s third largest collection of mounted dinosaurs. They have the world’s first specimen of the Tyrannosaurus Rex and many others that kids of all ages will enjoy seeing. They also have an Ancient Egypt exhibit, Hillman Hall of Minerals and Gems, Alcoa Foundation Hall of American Indians, Polor World: Wyckoff Hall of Arctic Life, and the Powdermill Nature Reserve, among other collections. This may be a historical trip, but at least you’ll learn something while in Pittsburgh!

And now it is "officially" spring here at Point State Park!

This may seem like any other state park, but there are quite a few things to see when visiting this 36-acre (15 hectare) area. It is located in Downtown Pittsburgh, or Allegheny County. The reason for its name is because it meets where the Allegheny and Monogahela rivers come together and form the Ohio River, all at one point. Festivals are likely to take place here anytime during the warmer months as it is a beautiful, spacious area that people can get together in. There is also a huge fountain that sprays water high in the air, which keeps the kids entertained for a while. This is a large park where families come to have picnics and enjoy some bike riding trails.

Posted by Phipps Conservatory and Botanical Gardens on Sunday, 16 April 2017

This is another beautiful area when the warmer months come. There are so many flowers and different plants here that it’s hard to see them all in one day. The employees take very good care of each and every plant in this building and it really does show. They have exotic plants such as palm trees, succulents, bonsai, and orchids, and they house plants that are more natural to the Pittsburgh, PA area. But not only does the conservatory have the plant exhibits in 14 different rooms, the building itself is quite fascinating. The building is a great example of what Victorian greenhouse architecture looked like, which brings some history into the place.

We had a great time at this year's Pittsburgh's Hidden Treasures event and hope you did too. Enjoy this photo gallery...

What’s great about this place is that the building itself has a huge Heinz bottle of ketchup on the side of it, and those that drive by can see this is the Heinz History Center. Named not after the ketchup but rather U.S. Senator H. John Heinz III, this history center is a large building of educational facts. There are six floors of permanent and changing exhibitions that tell the story of Western Pennsylvania. The building actually was the old Chautauqua Lake Ice Company building, but it was renovated and made into the museum in the year of 1996. The museum houses Pennsylvania’s significant contributions to the world, such as the invention of the Big Mac and the history of Heinz 57.

Not really as boring as it sounds, I promise. This is actually a museum that houses contemporary artwork. The reason for the name is because the building actually used to be a mattress warehouse before 1975. Barbara Luderowki, the owner of the building, started out using the space for living and hosting small art gatherings, but in 1977, the group became so large, it was established as a legal non-profit educational and cultural corporation. Today, the building has become a huge part of the arts community in Pittsburgh and continues to teach people about the different types of art there has been and could be. They have several galleries that are permanent and some that are only there for a short time.

This is another great historic site of Pittsburgh. Completed in the year 1764, this is the oldest authenticated structure west of the Allegheny Mountains. It was originally built as a defensive military building, but over the years, it lost its use for that. This is a great historic relic because most of the original building is still intact. It was never moved or refurbished since its completion, which makes this building more unique than others that had been built at that time in the same area. Those that wish to visit the museum may go inside to see what a military building looked like during the 18th-century.

This place is for the shoppers in your group. There are tons of restaurants and shops that people can visit anytime from 6 am to 11 pm. Because the hours are so long, there is plenty of time to get through everything in one day if one wishes to see the whole square. With art shows, festivals of all kinds, and farmers markets, this is a great place to unwind and spend some money for the shoppers who love bringing trinkets home. Be sure to put on some good walking shoes before making the trek to Market Square, as it is a lot of ground to cover.

Posted by Carnegie Museum of Art on Saturday, 15 April 2017

This building may not look like much from the outside, but on the inside is a wealth of information and artwork. This museum holds a collection of contemporary art, which includes film and video works. The many departments include the Hall of Architecture, Hall of Sculpture, Heinz Architectural Center, Scaife galleries, Works on Paper gallery, and a Forum gallery, which is normally the space where temporary galleries go. From European and American 17th-century to the present time, there are so many works of art to look at and enjoy that it’s impossible to get through it all in one day. This is a great place to visit to learn about history from all over the world and it’s less than 20 USD per person.

With 629 acres (255 ha) of area to look at, it’s most likely that you won’t actually get to see everything in one day. This particular park has one of the largest and most amazing country estates in the area. Hartwood consists of the Tudor mansion, an English style garden, a cottage, a stable, and a gate lodge. The mansion itself houses both English and American antiques. There are a lot of music festivals held on the grounds of Hartwood and there are many trails that people can take, whether for biking, walking, or horseback riding. The TV film “The Christmas Tree” (1996) was filmed at Harwood, as well as some scenes from the 2006 film “10th and Wolf.” The most recent film that had scenes from this particular park was “The Fault in Our Stars” (2014), and this one was filmed near the Middle Road entrance to the park. So not only is it an area of history, it’s also a place of film for those that adore movies and television. There is a lot of stuff to do in Pittsburgh, PA, but it’s not possible for one to get through them in just a few days. That’s why there’s a list of fun activities to do that won’t stress you out, and that will result in some fun memories. 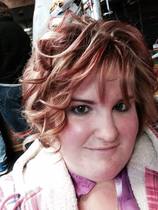 My name is Samantha Kern, and I have my Bachelor's Degree in English, which I'm using to pursue a career in writing. I've had a love of traveling since I was younger. My family would go to the...Read more
Want to contribute as a Local Expert?
Register Here
Hotels
Lowest Price Guarantee

Explore Pittsburgh
Good things are meant to be shared!