Best Things To Do In Rohtak, India

Rohtak, named after Raja Rohtash, during whose reign the city was built, is today a business hub famous for the largest cloth market in Asia and a high number of dairies in India. According to hearsay, once upon a time the city was a dense forest of Rohitaka trees and hence it became known as Rohtak. Along with historical and religious places, Rohtak is also famous for the Rewri and Gajjak (both Indian sweets) in India as well as in abroad. Come visit and discover all the best things to do in this city in the state of Haryana.

How to reach Rohtak

By Air: The nearest airport is Indira Gandhi International Airport (IGI) Delhi, which is about 81 kilometers (50.33 miles) from the town.

By Rail: Rohtak is connected to New Delhi, Bhiwani, Jind and Panipat by rail.

By Bus: Rohtak is linked by three National Highways: NH 10, NH71A and two state highways SH16 and SH18. Haryana Roadways and other private buses ply regularly between the city and its neighboring towns and cities of Haryana, Punjab and Himachal Pradesh.

By Road: Rohtak is connected to all major cities through a proper network of roads.

This ancient site is a good place for history lovers. This hillock has produced relics of circa 3500-2000 BC, including early Harappan, and late Harappan, early historical wares and painted Grey Ware. The dwellings and pottery relics belong to the Hakka culture of the period-I (3500-2600 BC). The Period-II (2500-2000 BC) relics indicate the existence of a well-planned habitation, where the settlement had bricks. The excavations have produced typical Harappan pottery, arrow-heads and bangles, terracotta bull, copper spear-heads, bangles, a sealing with unicorn and pictographic script, the steatite seal with buffalo, and other semi-precious stones. Seven damaged human burial systems of different categories of the Harappan times have also been found. These include funeral pottery and ornaments in the form of droplets of different materials.

Access: Can be reached via bus and private cab. It is about 15 kilometers (9.3 mi) from the Rohtak-Hissar highway and 60 kilometers (37.2 mi) from Delhi.

Nearby Food: Street food and restaurants

Located 6 to 7 km, (4 mi) east of Rohtak City on Rohtak-Delhi N.H. 10, Asthal Bohar is known for its Math and sculptured stone idols of ancient time. According to folklore, Pooran Bhagat of Sialkot, a disciple of Guru Gorakhnath, founded this place. After a prolonged period of neglect, the Math was revived by Baba Mast Nath in 1791. Now the area has transformed into an educational place with an Ayurvedic Degree College, Business Management Institute, engineering college, free hospital, and other institutions being run by the Math.

Located approximately 80 kms (49.7 mi) from Delhi, Tilyar Lake is an awesome, calm, and peaceful place to relax. Spread in sprawling 132 acres (53 ha) of lush greenery, Tilyar Lake is a favorite place for nature lovers and bird watchers. A variety of birds flocks on the little island located in the middle of the lake. It also houses the famous Tilyar Zoo, which boasts of an exquisite flora and fauna. You can also indulge in adventure sports such as boating and kayaking, which attract a large number of tourists. Other facilities on the banks of the lake include a toy train, gift shop, rest house, children’s park, angling in the lake, and a filling station. It is not only a nice place for hanging out with friends but also an ideal picnic spot in Rohtak, to spend a day at leisure with family. Don’t miss this picturesque lake when you are in town.

Opening Hours: 7am to 6pm in summer and 8am to 5pm in winter

Posted by Haryana Through Ages on Monday, 2 December 2013

The ancient ruins discovered in archaeological excavations prove that Khokhrakot may be as old as the Indus Valley Civilization. It finds mention in the epic Mahabharata and the Painted Grey Ware pottery of the age found there, which is testimony to its antiquity. This site was the capital of Yadhyayas Republic. Terracotta figurines, sculptures, coins, coin moulds of the later Yadhyayas of the 3-4th century A.D, a Gupta terracotta plague, and other smaller objects ranging from circa 800 BC to 10-11th century AD have been found here. It is a must visit place for history lovers and students of archaeology.

Address: Located in the heart of the Rohtak City

Shahjahan ki Baoli on the Bhiwani-Meham Road, Rohtak, is popularly known as Choron Ki Baoli. This baoli is possibly one of the finest preserved monuments in Haryana.

Meham has a bain or baoli (a well with steps leading to it) and two mosques, Jama Masjid and Pirzada Masjid. A marble slab inscription states that the baoli (water tank with a well) was built by Saidu Kala, a Chobdar of Emperor Shah Jahan, in 1656-57 AD. It is made of Kankar (gravel) and sandstone. The new baoli is in the South, while the old one is in the east of the town. The inscription under the pulpit stairs states that the Jama Masjid was constructed in the time of Humayun in 1531 AD. A small Pirzada Masjid is located on the south of Jama Masjid. The Jama Masjid in Meham has now been turned into a Gurudwara for the Sikhs.

Address: Approximately half a kilometer (0.3 mi) from Meham on the Bhiwani-Meham Road in Mohalla Kishangarh.

Near by Food: Street food and snack stalls

Dedicated to the Ninth Guru, Guru Tegh Bahadur Sahib Ji, this beautiful place of worship will give you a feeling of divinity, eternal peace, and tranquillity. He came to this place in 1675, while going from Jind to Delhi and stayed for a few days. A well of his time is also here, but has been filled up now.

Nearby Food: Food in Gurudwara available

The old, mythological Gaokaran Tank is a complex of structures and includes temples of Shiva, Devi and Hanuman along with a dharamshala and a nearby park. Worth a visit if you are in the Rohtak City area.

A blend of old and new

Rohtak is a blend of medieval times and modernity. You will enjoy the city. Apart from the above mentioned places, some other places of interest are Ghani Pura Gurudwara, Jagdish Mandir, Bajrang Bhawan Mandir, Shiv Parvati Mandir and Baba Laxman Puri Ji Dera. Come and discover all there is to experience. 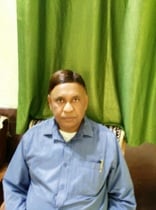 Explore Rohtak
Good things are meant to be shared!