10 Best Things To Do In Valencia At Night: Explore The City After Dark

The Spanish people are known for their relaxed way of life and their unusual daily routine. Whereas in most countries you’ll be tucked up in bed by 11 pm; here in Spain that is when the fun really begins. With the typical Spanish dinner time occurring anytime between 9 pm and 11:30 pm, it’s after this time when many Spanish towns come alive - and Valencia is no different. Located on the eastern coast, Valencia has some of the best weather Spain has to offer. It also boasts luxury villas and all-inclusive hotels to accommodate tourists after a long night. Make the most of the Mediterranean evenings with these awesome things to do at night in Valencia: One of the best non-touristy things to do is to take a break from the busy city and relax your body after a full day of sightseeing. You can achieve this by doing yoga in the park. This English-speaking yoga group is for yogis of all abilities and takes place in various iconic venues throughout the city. Usually you’ll find them in el Jardin de Turia in the city centre, however they also hold special yoga sessions on the beach during the full moon. What better way to recharge your batteries and make new friends in the city?

Yoga with Jennison: Yoga in the Park Soak up some culture after sunset by attending one of the many outdoor cinemas throughout the city. From cult classics to Spanish shorts - there is something for every discerning film critic. Held mainly in the summer months, the film festivals are dotted in some of the most scenic venues around. It’s the perfect way to combine sightseeing and a movie night while enjoying the balmy Valencian nights.

3. Drinks and tapas in the Old Town A typical Spanish night starts with drinks and tapas. So, embrace the culture and head to the Old Town to indulge in local delicacies and absorb the buzzing atmosphere. Whether you are alone or with a group, you shouldn’t give this a miss. Surrounded by historic monuments, towers and beautiful churches, any plaza in the city centre is worth your custom. However if you want to see something special head to Placa de Lope de Vega to buy drinks from the narrowest building in Europe!

Traditional yurt in the middle of nature!

4. Have dinner under the sea L'Oceanografic is one the of the largest aquariums in the world with a variety of species ranging from the smallest clown fish to the scariest sharks. Unlike most other aquariums around the world, L'Oceanografic stays open very late. In spring you can observe the fish until 10:00pm and in the peak season the aquarium stays open as late as midnight. Make the most of your visit by having dinner in Oceanos Submarine Restaurant and then make your way through the various habitats and catch a rare glimpse of your favorite sea animals at night.

5. Party under the stars at L'Umbracle L'Umbracle is a terrace garden in the City of Arts and Science which showcases indigenous plants of Valencia by day and transforms into a rooftop bar and nightclub by night. L'Umbracle and its sister club Mya provide stunning backdrops for your night out photos - guaranteed to make your friends at home jealous. Girls get free entry before 1:30am if their names are on the guest list. After 1:30am everyone pays 12 EUR (13 USD) entry which includes a free drink. This bar is a must for those looking for the perfect spot to watch the sunrise over the city.

6. Take a trip to the home of the hipsters for an alternative night out Source: Photo by Flickr user adrian used under CC BY 2.0

In many cities around the world, the old derelict parts of town have undergone makeovers in recent years to become hotspots. Rufaza is one such district in Valencia. The regeneration has transformed the old grey barrio into a brightly colored boho settlement.

The eclectic mix of bars in this area will satisfy any hipster’s need. Ruzanfal is home to craft beers. Bella de Cadiz combines traditional Spanish décor with an inventive list of cocktails. And of course, there can’t be a hipster quarter without a gin bar - Bodega Biosca’s got it covered providing over 150 types of gin! Aragon is where most of the city’s students gravitate towards on a night out as the bars and clubs here offer the cheapest drinks you’ll find in Valencia. One of the biggest nights in this area occurs on Thursdays in Rumbo 144 which usually has queues around the block. In the neighboring district Benimeclat (a mere 5 min stroll down the street) you’ll find kitsch café/bars and in the summer months, you’ll find outdoor concerts in the plaza. From 1am the streets in this area will be packed with students and people looking for a good time.

8. Chic drinks at the Marina Club The Marina is a short bus or tram journey from the city centre in the same direction as Valencia’s golden beaches. Aim for Las Arena Beach and Malvorrosa promenade for a strip containing cocktail bars and places to eat. The most popular beach venue is simple called The Marina Beach Club. Decked out with a pool, a poolside bar and stage, the restaurant bar offers all you’ll need for a beach boogie. The vibes from this club give Ibiza a run for its money.

9. Fireworks and fiesta at Fallas Source: Photo by user Pablo Monteagudo used under CC BY 2.0

If you’re visiting Valencia in March, you might just be lucky enough to catch Fallas. No, it’s not some type of disease, it’s an all day all night festival held throughout the city. The streets of Valencia become a big outdoor party venue as fireworks and bonfires are lit across the city. Don’t expect to sleep during this time as marching bands and concerts turn the city into a 24/7 street party. This is an event not to be missed - and can hardly be avoided - if you’re in Valencia in March.

Address: All throughout Valencia

10. Flamenco at the Palace The Palau de Musica is your one-stop shop for culture. If you want to witness traditional Spanish opera, ballet or flamenco, the Palau has it all. Located close to the City of Arts and Sciences, the purpose built building lies opposite fountains which are designed to spout water to the beat of the music coming from inside the Palau. Keep an eye out for free festivals held throughout the year to promote Spanish culture.

Concerts at the Palau de Musica

Stay out until sunrise

Whether you’re seeking a night of Spanish culture or to let your hair down on the dance floor, Valencia has something for everyone. So leave your slippers in the suitcase and head out for a night to remember. While you’re here, check out the best Indian restaurants for a place to dine as well as the markets for things to buy. 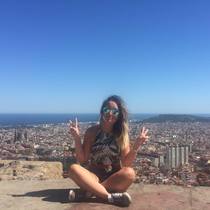