Charleston Activities That Shed Light On The City's History Carriage rides are one of the best ways to see Charleston and to learn about its enchanting history. There are three different routes that all the carriage tour companies use. The city uses a lottery system to decide which carriages go on which route, so you don’t know what route you are taking until a few minutes after the tour begins.

Carriage tours last one hour and feature information about the Civil War, various famous families of the past, including the Calhouns of the esteemed Calhoun Mansion, and about Charleston single houses, among other facts. Charleston single houses are long, narrow homes built one-room wide in order to offer better ventilation during hot months. Carriage tours will always be interesting, no matter how many times you go on them, because each tour guide enjoys telling his or her passengers different information. You will always learn something new about Charleston. Originally comprised of three buildings, the only remaining original building is the South Flanker, which was used as the gentlemen’s guest quarters. Today, the South Flanker has been converted into a house museum, showcasing antiques that belonged to the original family or are from the time period that the family lived there. The house looks over the Ashley River.

Middleton Place gives a glimpse into the past. An original tenant was someone who signed the Declaration of Independence. The two buildings that are now gone were burnt to the ground by Union soldiers in the Civil War. Additionally, it is an informative means to learn about slavery and southern plantations. Daily tours are available to learn more about the history of the house, the land and the Middleton Family, who still own the house after 320 years.

Middleton Place is also home to the oldest landscaped gardens in the country. The gardens are planned so that there is always something beautiful growing year-round.

Other plantations worth visiting include Boone Hall Plantation, and Magnolia Plantation. The Edmonston-Alston House was built in the late Federal style in 1825 by shipping merchant Charleston Edmonston. However, after losing most of his money, Edmonston was forced to sell the house to Charles Alston in 1837, who went on to upgrade the house in the Greek Revival style.

The house is located on East Bay Street, directly across the street from the Cooper River. Due to its location and the wealth that its owners had, the house is an excellent representation of what life was like in the 1800s, in reference to social life, politics and business. The waterfront location provided General P. T. Beauregard practically front-row seating to the beginning of the Civil War at Fort Sumter. The house has a large room for entertaining with balls and dinner parties.

The Edmonston-Alston House includes antiques from the 19th and 20th centuries, some of which belonged to the Alston family. Daily 30-minute tours will give you a deeper look into the families’ lives and into Charleston’s history.

Other historic houses worth touring are the Nathaniel Russell House and the Calhoun Mansion.

Charleston's popularity ensures its future will be bright

In July 2015, Travel + Leisure named Charleston the best North American city and the second best city in the world. With its long and rich history, as well as it’s booming foodie scene, great shopping, proximity to numerous beaches, and awards rolling in from Travel + Leisure and similar, it’s safe to say that Charleston is not only thriving, but there are also more great things to come from this historic southern city in South Carolina. 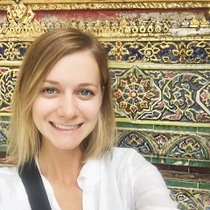 Sarah is a 24-year old travel-enthusiast who recently returned home to the United States after a year teaching English in Hanoi, Vietnam. She is a city-girl at heart, having lived in Phoenix,...Read more
Want to contribute as a Local Expert?
Register Here
Hotels
Lowest Price Guarantee