Eat As The Romans Do: 12 Traditionally Roman Dishes You Can’t Miss

Just like its history, Roman cuisine is vast and varied. There’s a huge amount of different foods and dishes to feast on. Aside from the all-important and ever-present pasta, Roman cooking also includes more unusual ingredients like offal and flowers. From pasta finally done right, to rich offal stews and perfect gelatos, you can forget about that diet! Here are 12 Roman dishes that are worth a flight:

P.S. Be sure to check out the bottom of each paragraph for recommended places to find that dish!

There’s no such thing as too much carbs, not in Rome. Enjoy pasta in its truest forms, drenched in cheese, mixed with delicate cream, and all done perfectly al-dente of course. 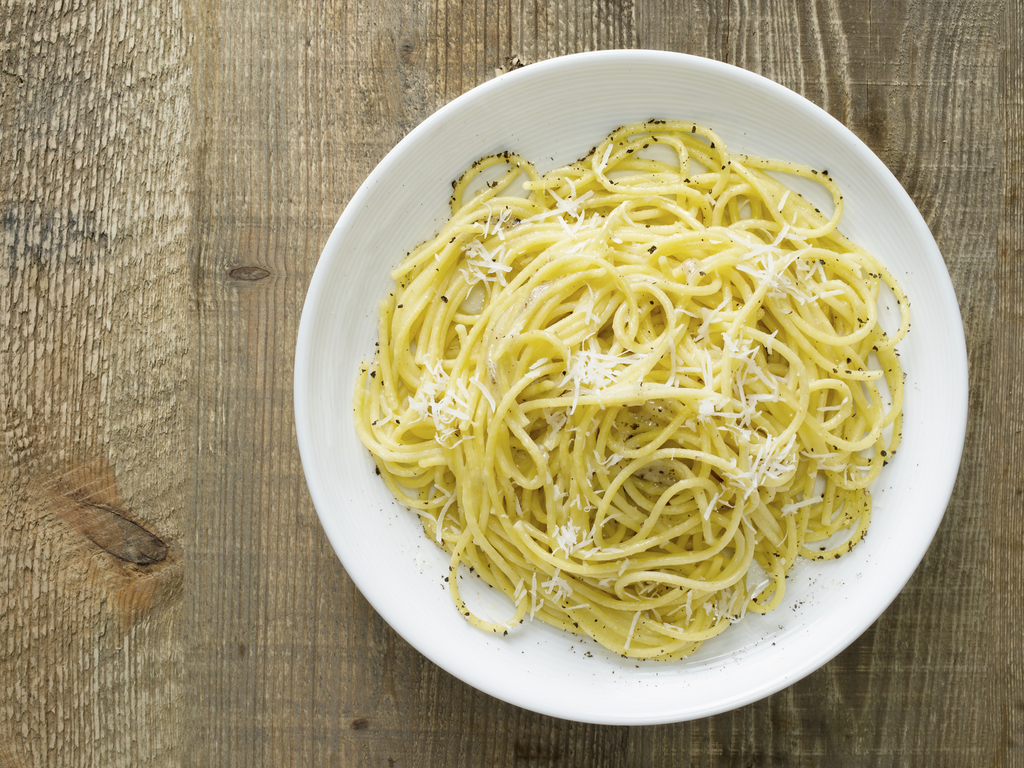 This is a simple dish. It’s made from pecorino romano and fresh black pepper that’s swirled with pasta water to make a rich and spicy sauce, which is then mixed into hot, perfectly al-dente pasta.

Some places for Cacio e Pepe: 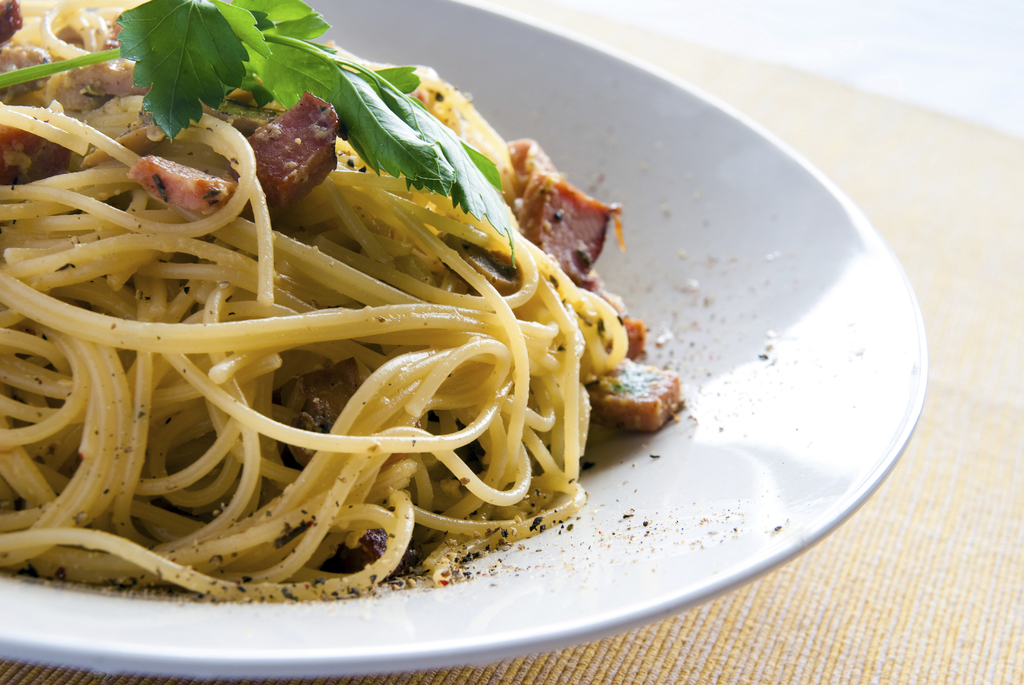 Anglican carbonara has been doing it all wrong. Forget about choking, dense cream that leaves you full after two mouthfuls. Roman carbonara is light and refreshing, made from pasta tossed in raw egg and cheese, and maybe some pancetta too. 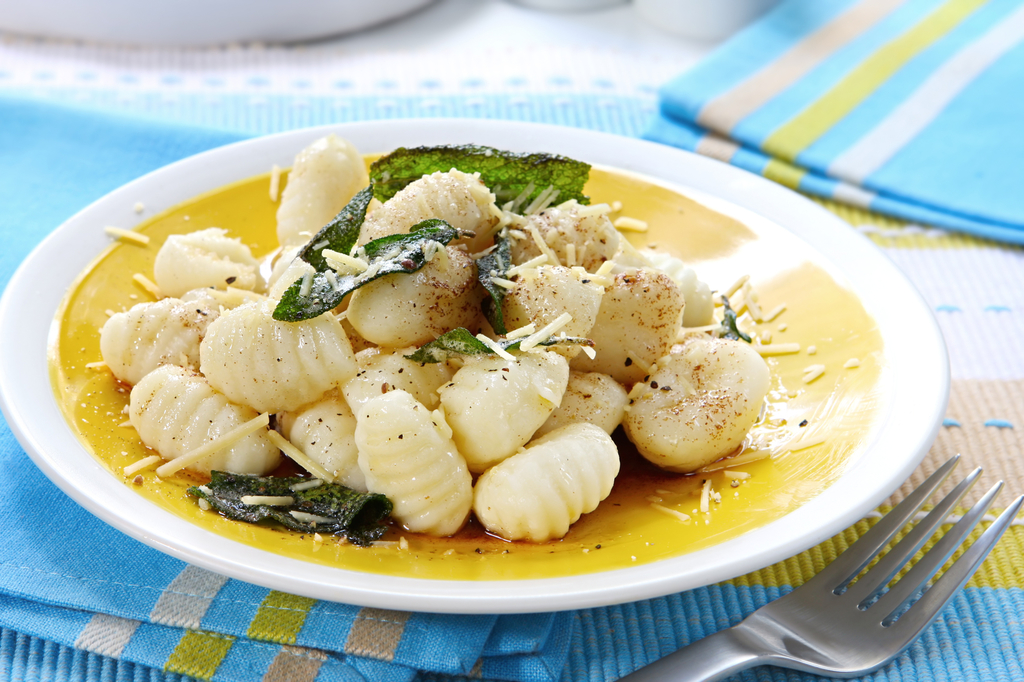 Gnocchi are potato dumplings that were originally a Thursday-only dish, but are now found everywhere, on every day of the week. Finding quality gnocchi is difficult though; the ideal gnocchi is soft and light. It’s deceptively difficult to make, especially since the two main ingredients (flour and potato) will almost certainly create density. You know you’ve got good gnocchi when it’s like biting into a potato pillow!

Sink your teeth into gnocchi here:

(Note that L'Arcangelo’s best gnocchi, gnocchi alla matriciana, is served only on Thursdays.)

Get your protein fix

Rome’s main proteins are lamb, pig and cod. No part of the animal goes to waste, which you’ll read about soon! 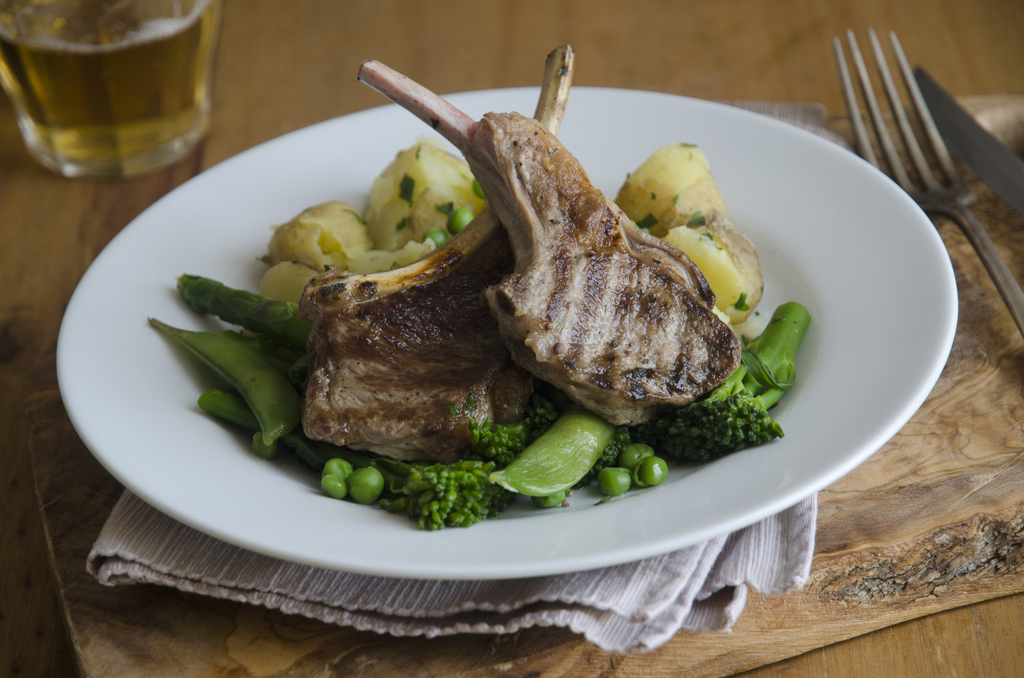 You can’t visit Rome without eating lamb. Abbacchio alla Scottadito is also known as ‘lamb finger-burning style’. Lamb chops are seasoned with salt, herbs, and pepper, rubbed with oil, and then grilled. The dish is traditionally eaten with your hands, hence the wince-inducing name. It’s all worth it for a delicious meal though!

Get your lamb fix here:

Quinto Quarto means the fifth quarter. The term first originated from the Testaccio neighbourhood, which housed the largest slaughterhouse in Europe in the 20th century. Workers were commonly paid with the offal and unwanted parts of the animals, which usually equalled about one-quarter of the animal’s weight, hence the name. Till today, quinto quarto cuisine is still very popular in Rome. 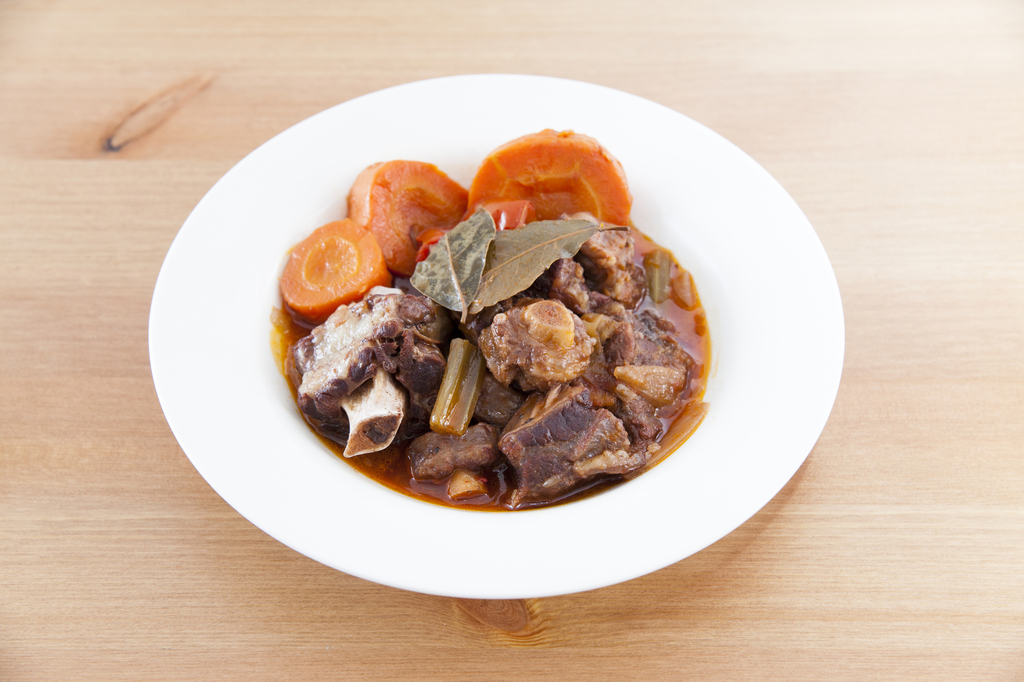 One of the most famous of Rome’s offal dishes, Coda alla Vaccinara is made from oxtail stewed in a tomato sauce or a chocolate base. The meat is stewed for hours with celery, onions, garlic, guanciale (a salami from pork jowls or cheeks) fat or lard, and a variety of spices until the meat is soft and tender. The chocolate base might sound strange, but it’s made with cocoa powder, so it’s not as strange as you might imagine. 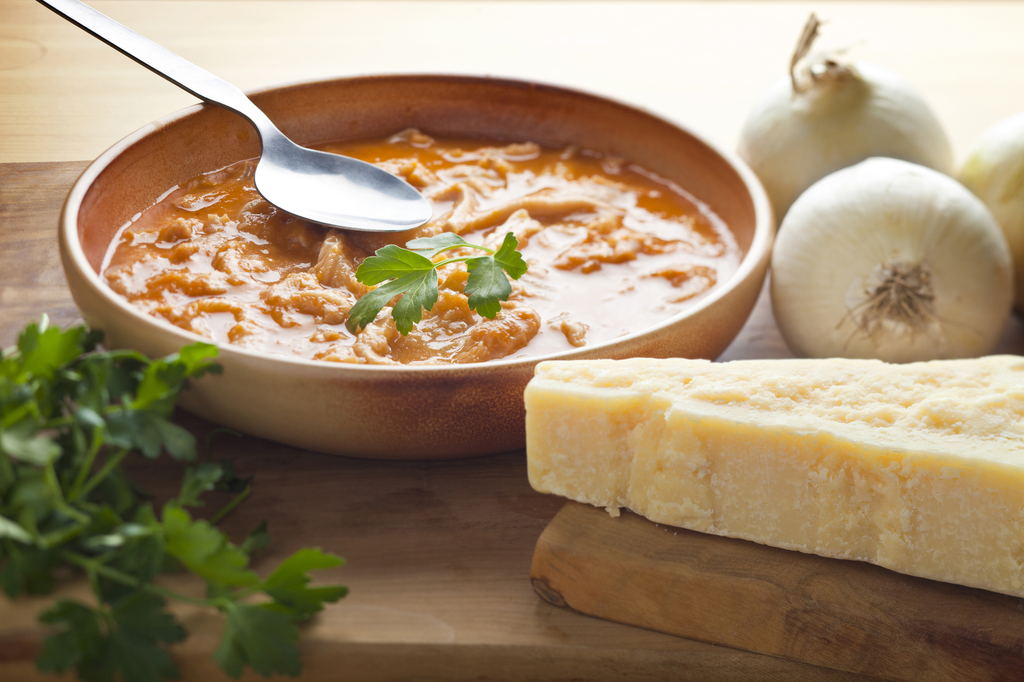 It doesn’t get more offal-y than this dish. Trippa alla Romano’s main ingredient is tripe, which is the edible lining from the stomach of cattle. Trippa alla Romano, as awful as it may sound, is bliss in a bowl. The tripe is simmered in a spicy tomato sauce until it is like a soft velvet.

Coratella is another filling dish made with the heart, lungs, and liver of a lamb or a kid. The organs are sautéed with onions and artichokes. Cooked well, it is an adventure in flavours and textures. The heart is rich and thick, the liver is creamy and delicate, and the lungs are soft and pillow-like. Here are the best places to try quinto quarto in Rome:

Rome is one of the few places that (tries) to consume vegetables seasonally. While the magic of the greenhouse and deep freezers have made their way into Rome, for the best tastes, try to eat seasonally. From February to May look for the world-famous Roman artichokes. From November to February enjoy puntarelle (a type of chicory), and from June to September you can eat zucchini flowers.

Artichokes are the main stars of Roman fresh produce. They burst into bloom into the summer, so what are you waiting for? You absolutely have to try them. Artichokes in Rome are prepared in 2 ways: Jewish and Roman.

Carciofi alla Giudea (Jewish) resembles a flower, except the artichoke has been deep fried. It’s made by bashing the artichokes against a hard surface until the petal blooms open. They are then deep fried, and you can pick off each crunchy, potato-chip-like leaf. Puntarelle is a variant of chicory. It has a pleasant bitter taste and you’ll find it most commonly in a salad, also called puntarelle. The leaves are stripped, and the stems are soaked in cold water until they curl. It creates a crunchy, earthy salad, which is a great way to make up for all the cheese and pasta you’ve been eating. Grab a bowl if you’re here in the late summer or fall.

A recommended place to enjoy puntarelle is: 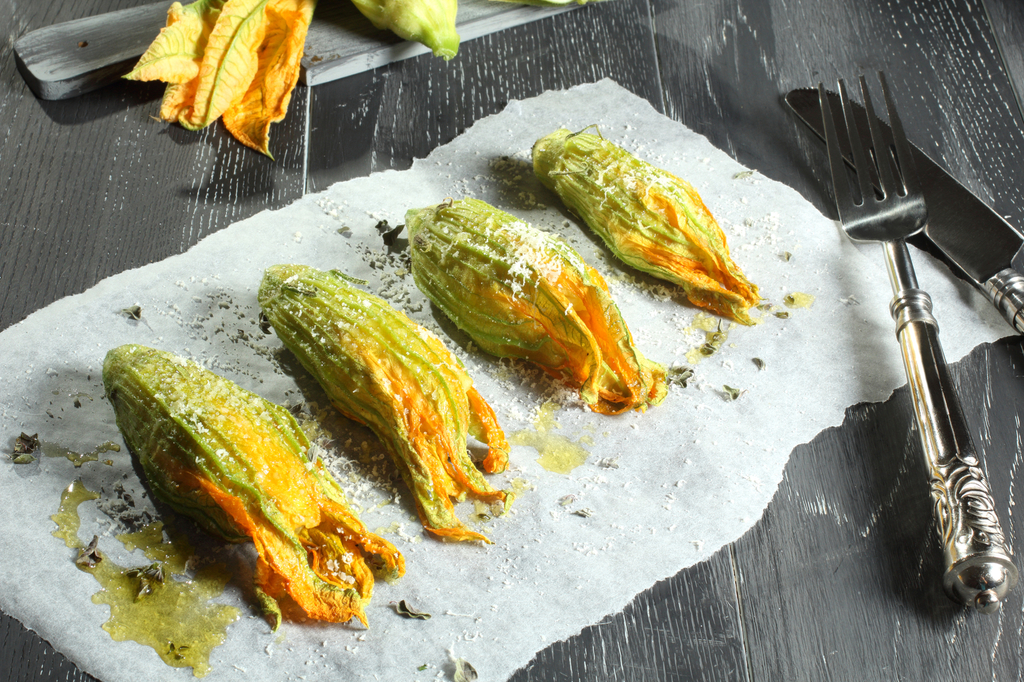 Did you know that fried flowers are a thing? Fiori de Zucca are the long-stemmed, bright yellow flowers of the male zucchini. They are traditionally stuffed with mozzarella and a sliver of anchovy, then dipped in pastella (Italian-style batter) and fried. They’re usually served as an appetiser. i

Rome’s food fame doesn’t stop with savoury dishes; there’s plenty to keep those with a sweet tooth happy too. From dessert bars to cafes and bakeries, the feasting can carry on in between and long after meal hours. 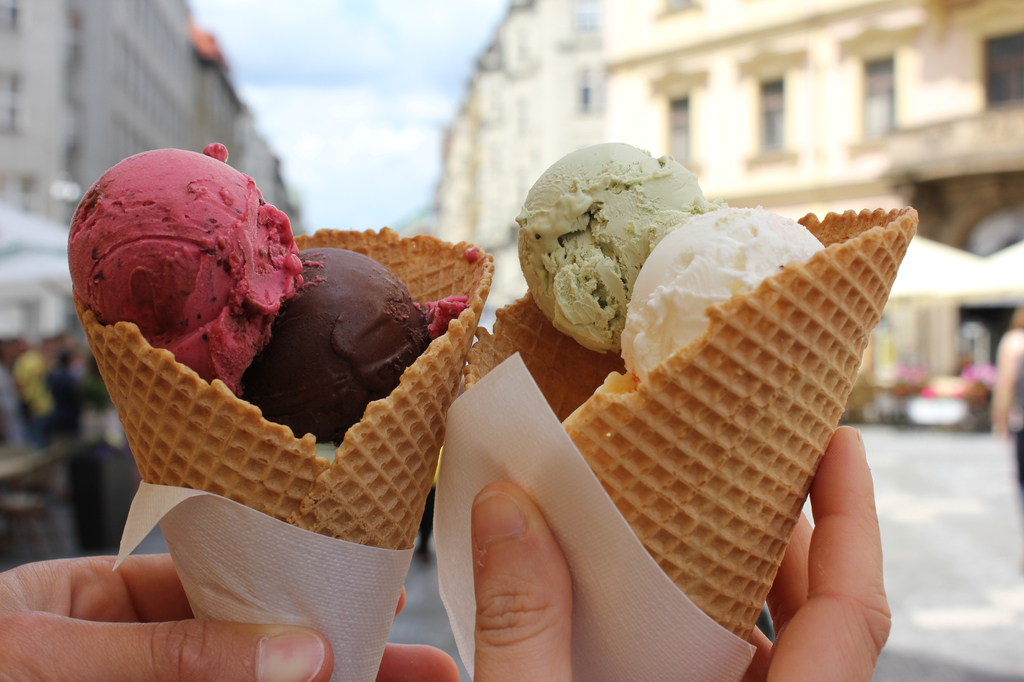 It’s really, really hard to go wrong with gelato in Rome. Gelato is similar to ice-cream prepared in an Italian style, with a soft, elastic texture that melts gently and slowly into sweet milkiness. It’s bliss when made properly, and the Italians are masters at it. You’ll find no shortage of gelato stands everywhere in Rome.

Some top gelato spots include: 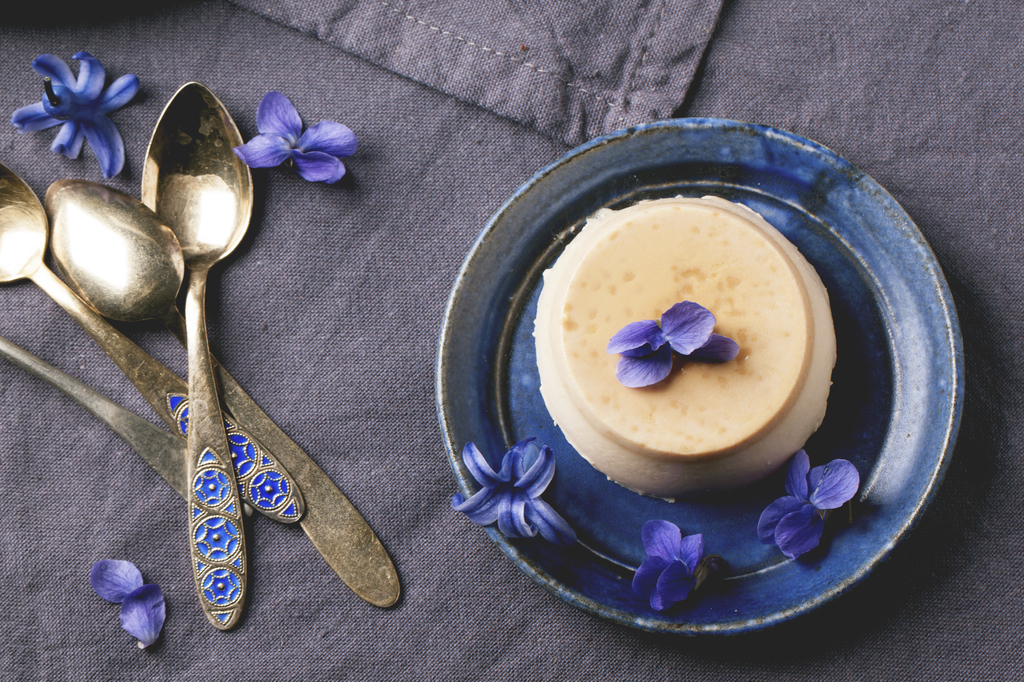 Another Italian classic, Panna Cotta is made from sweetened cream that has been thickened with gelatin and then moulded. It’s sweet, creamy, and delicate. Not to mention delicious! It’s a perfect indulgence on a hot summer’s day.

Treat yourself to Panna Cotta here:

A word on traditional Roman meals 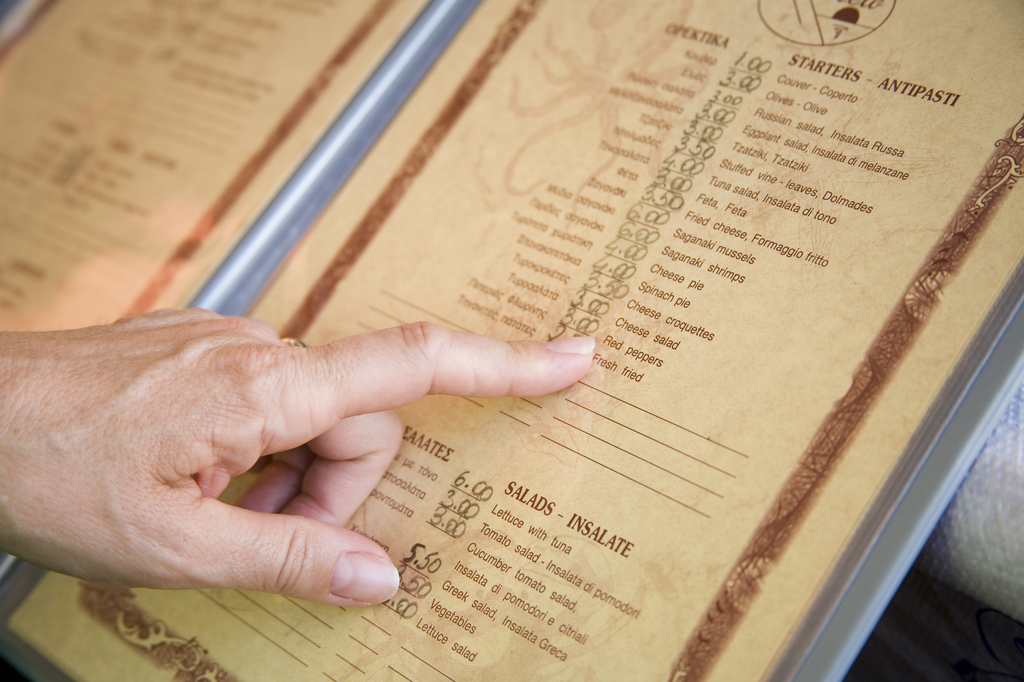 If you’ve ever sat down at an Italian restaurant and been completely confused by the menu, or if you thought that antipasti was a special kind of pasta, then never fear, for here’s a quick rundown on what a traditional Roman meal consists of and how to order:

Antipasti means appetisers, and the singular form of the word is antipasto. You can expect to find cheese or charcuterie platters, or a combination of the two. You might also see a savoury mousse, salad, or a smaller version of what might qualify as a second course.

This section is where your main course begins. It’s usually the biggest section on the menu, and you can expect lots of carbohydrates. This is where you get your pasta, gnocchi, soups, and rice dishes. Minestre is usually used to refer to liquid first courses, so a zuppa or a minestrone would be considered a minestre.

The second course of a main meal, secondo will usually be composed of a protein, so expect to see fish, meat, eggs, and cheese. This dish usually does not arrive with any vegetables or side dishes as you may expect, so it’s not usually substantial enough for your meal. Make sure to order extras!

Contomi are side dishes. These are the vegetables that your secondo will be so sorely missing if you forget to order them! You can expect to receive contomi in a variety of forms, including grilled, oven-roasted, and boiled. Do note that contomi are very simple dishes. For example, if you order a tomato salad you can expect a little dish of sliced tomato.

This is usually everyone’s favourite part of the meal - dessert! It’s hard to go wrong with desserts in Italy, and many people are already familiar with the common dishes. You can order cakes, gelato, panna cotta, tiramisu, or mascarpone cream, just to name a few. Coffee is usually served after dessert, and, in Italy, the coffee will be espresso, served very hot. If you order a cappuccino past breakfast it will be like ordering chocolate milk!

If you’re wondering how all Italians are not horrendously overweight with that huge amount of food, well, that’s because most Italians rarely order a dish from each course in restaurants. The standard amount per meal is about 2 courses, so you can go wild combining the different courses to get your dream meal. Don’t feel pressured to order one dish from every course, although, if your appetite can handle it, then go ahead!

One thing you shouldn’t expect, though, is for your food to arrive in any other way than in the category they’re in. The way it works in Italian restaurants is antipasti first, then primo, then secondo, etc. So even if you’re rushing and want all the food on the table at once, tough. The chronological order of food is deeply ingrained into Italian kitchens. 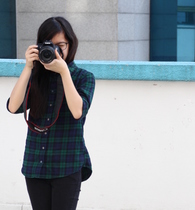 Belicia is a clueless child in between polytechnic and university. She loves playing with words and cameras, and in her free time tries to stay curious and keep exploring the world. To her, the...Read more
Want to contribute as a Local Expert?
Register Here
Hotels
Lowest Price Guarantee

Explore Rome (province)
Good things are meant to be shared!