Argentina, one of the most culturally eclectic and dynamic places in the world, is home to a range of amazing architecture. Steeped in tradition and oozing old-world charm, your senses will be mesmerized by the sheer awesomeness of these grand designs. Some of these buildings date back to ancient times and their walls, arches, nooks, and crannies have their own stories to tell. Whether it be modern architecture, antique furniture, or tales of old, there will be lots to learn with a visit to these famous buildings. Take a stroll on the cobbled streets of Argentina and behold the glorious sights that await you on your next adventure. Here are the best famous buildings in Argentina.

With its grand design and its renowned status as an architectural monument, the Teatro Colón is a must-see for sightseers the world over. The Teatro Colón includes a theatre, a gallery known as the Gallery of Busts, the Golden Hall and the Main Foyer. This tour provides a rich history of singers, like Luciano Pavarotti, and their performances at the theatre. Included in the tour is a detailed narrative of the entire history of the opera house, the architectural elements, and the music behind the artists.

For those who speak a different language, bilingual tour guides are provided, which is a definite bonus. This 50-minute tour will reveal all the secrets of this legendary theatre, which is the pride of Argentinian culture.

This 3-hour tour provides an in-depth look into the life of Jorge Bergoglio and his journey to becoming the well known Pontiff of Rome. The tour is filled with historical and educational insight on Pope Francis’ life and will whisk you away through schools, churches, and the other influential places that transformed his life. Along the way, you’ll be able to experience his childhood, how and where he was educated and, for sports fans, tidbits on his favourite sport – football.

You’ll also be able to cast your eyes upon the architectural design here, including the Basilica of San José de Flores and the College of Our Lady of Mercy, both parts of Pope Francis’ upbringing. During this tour, you will learn just who Jorge Bergoglio is, what made him who he is today, and take in true Argentinian culture, which will be a delight to his followers.

3. Palace of the Argentine National Congress

We started our walking tour at the national congress. Not pictured: murderous traffic immediately behind.

Regarded as a national monument, the Palace of the Argentine National Congress is a unique architectural wonder. Opened in 1906, it features Grecian-Roman style and incorporates elements from cultures around the world. A tour of the building will display elegant rooms designed for various events and a reflection of Spanish, French, and German decorative styles. The Congressional Chamber, for example, has a signature horseshoe shape and was made for lawmaking decisions.

Along the way, you can experience parliamentary history through the bronze statues and paintings of past history. Close by is the Salon Rosado, opened by a former first lady and the setting for all-female political meetings. Tours only take place on Mondays, Tuesdays, Thursdays, and Fridays and are a must for those who want to experience a part of Argentina’s political history.

Palace of the Argentine National Congress

Known for its brilliant shade of pink, the Casa Rosada is the centre of the Argentine national government and the presidential office. The building was constructed in 1580 by the Spanish and was initially used as a customs house and eventually a government enclave. Tours are done in both Spanish and English and provide a thorough history of the country, including colonial times until the present time. A beautiful mural stands within the dwelling, which was created by David Alfaro Siquieros, a renowned Mexican artist.

The Cabildo is a principal government building in Buenos Aires and is known to have existed as far back as 1608. It was once used by the colonial administrative council for meetings and today holds fascinating architectural elements depicting its history. Visitors can expect to survey excellent views from the balcony and, inside, they can discover historical details explaining the country’s political past.

Visitors can view intriguing artefacts and get a deeper understanding of the May Revolution, which contributed to Argentina’s independence. Other sights to witness here include jewellery, clothing, old documents, and furniture, which explain a bit more of Argentina’s culture.

The Water Company Palace, a water pumping station, is an example of genius architecture, located in Buenos Aires, Argentina. It displays a grand and opulent design, mirroring French 19-century architectural elements. Designed back in 1877, it replaced an old water tower and still functions as a pumping station today. It was designed to implement a modern water system, particularly after epidemics, like cholera.

The pumping station features terracotta tiles, a mansard roof and, at the entrance of the building, twin caryatids. Tours of the building are conducted in the small museum housed within the water company, which features old pipes, faucets, tiles, and bidets.

Located in El Centro, San Martin Palace is the headquarters of the Argentinian Foreign Ministry. Built in 1909, it once housed the wealthy Anchorena family. However, it was acquired by the government and has been used as the Ceremonial Headquarters for the Ministry of Foreign Relations up to the present time. The palace features Beaux Arts style and is comprised of three residences, along with two common rooms.

Edificio Kavanagh a majestic skyscraper – one of the first in Buenos Aires. It was awarded the title of a National Historic Monument in 1999. The architectural design of this building features a modern style and it stands 120 meters (393.7 feet) tall with 150 apartments.

Today, the building has modern plumbing and electrical components. One of the highlights of this building, however, are the grand views to be captured from its balconies. The apartment-style building was built by an Irishwoman in revenge against another aristocratic family for disapproving of her daughter. She designed this building which was so high that no light could enter the basilica where the family went to church.

Manzana de las Luces was built as a church and consequently transformed over time to add a school, library, museum, and offices. There are said to be underground tunnels here used to keep ammunition safe during the Argentina War of Independence. Today, the building is a fascinating addition to the country’s culture and a historic landmark. Tours highlight the symbolism behind the centre’s learning and culture through its two main facets: education and enlightenment.

Barolo Palace features both Roman and gothic elements in its architectural design and depicts references to the Divine Comedy and its main characters, Dante and Beatrice. The tour, though, is when you’ll get to behold the beauty of the palace in its entirety. Visitors will enjoy seeing the layout of the palace, which is divided into three parts, namely Hell, Heaven, and Purgatory. There are also vaults that suggest the nine hellish hierarchies of doom and gloom and, in contrast, a lighthouse that depicts nine angel choirs.

This tour will give you the feeling of travelling through Heaven, Purgatory, and Hell. After the tour itself, you can take as many pics as possible of Buenos Aires via the high vantage point of the lighthouse tour, while sipping on some ginger lemonade.

129 reviews
Oops, this activity is currently unavailable. Check out these alternative activities in the same location.

Check out these fabulous famous buildings in Argentina

Take a plunge and check out these famous buildings in Argentina. There is a lot to learn and see. A big plus is you will experience Argentina’s rich culture, political history, and beautiful architecture, all in one go! 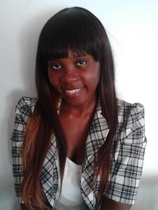 Meika used to be a Life Skills Trainer before she started writing full-time. Loving to read, her face is mostly buried in books. She enjoys traveling and learning about new cultures, and when...Read more
Want to contribute as a Local Expert?
Register Here
Hotels
Lowest Price Guarantee

Explore Argentina
Good things are meant to be shared!