Mumbai, India, has a reputation for being one of the glitziest, most glamour-filled cities in the country, indeed in the world. The sea-front City of Dreams is also one of the dichotomies - a sea bordered by a glittering cityscape, artists rubbing shoulders with businessmen, contemporary architecture next to British-era relics. One such relic is Gateway of India in Mumbai. A colossal basalt arch, it is dedicated to the first British monarchs to step foot onto the country’s soil. Its construction began in 1911 to celebrate King George V’s arrival in 1913. However, it was only completed in 1924 - a mere 24 years before India shook off its colonial shackles. The gateway displays predominantly Islamic and Hindu styles of architecture and looks out to the Mumbai Harbour. For more information, read our guide to Gateway of India, Mumbai.

Things to do/ highlights Take a stroll around the arch

Gateway of India is one of the country’s most popular landmarks for plenty of reasons. On the architectural front, the Indo-Saracenic style of design is a wonder to behold. The arch itself is a trademark of Islamic architecture, while the symbolism is considered Hindu by many. Pay great attention to the perforated screens built into the structure - they were brought in from Gwalior for just this purpose. Surprisingly, the Gateway also houses a large hall that can accommodate up to 600 people at once. The area is under high security, and some police officers are helpful enough to point out bullet holes that were a result of a devastating terrorist attack on the landmark and surrounding areas.

Get some social media-worthy photos

Gateway of India is undisputed when it comes to being the perfect backdrop for selfies and professional portraits. The monument is stunning during both the sunrise and the sunset, so make sure you go down there at that time for a photo worth framing. Whether you’re working with a professional camera or your good old cellphone, the monument is a great one to photograph from afar or up close. Just be wary of people around you getting into your shot!

In front of Gateway of India, there’s a grassy patch of land called Apollo Bunder Promenade, after the name of the point the monument is on. Earlier in the history of the Gateway, it was used as a dockyard for local fishermen bringing in their catches for the day. Right in the centre of the promenade is a bronze statue of Chhatrapati Shivaji, a legendary Indian warrior king, in full war regalia and sitting atop a horse.

Aside from the Gateway itself, the surrounding area is also a feverish tourist attraction. It’s constantly buzzing with tourists and locals who stop by to gorge on some delicious street food. Stalls sell the famous Indian chaats - sweet and savoury mixes of fried delicacies and mouthwatering sauces. Corn on the cob, jalebi, candy floss, popcorn and street corn cups are also popular options among tourists and locals alike. Visit at sunrise or sunset

While visitors can head to Gateway of India at any time of the day, it’s best to go in time for sunrise or sunset. The colours playing in the background of the silhouette of the monument is the perfect photo op you don’t want to miss. At these times, crowds are also relatively thinner, which means it’s that much easier to get the photo of your dreams.

There is no official entry fee to Gateway of India, so don’t fall for any tourists traps. However, it is best to carry some cash on your person in case you want to buy a souvenir or load up on street food.

Being a popular tourist attraction, Gateway of India is highly patrolled. Before visiting, ensure you don’t have any dangerous items on you and cooperate with security staff if they wish to conduct thorough checks.

There are plenty of tourist photographers around

The popular landmark is populated by tourist photographers, complete with professional cameras and instant photo printers. If you’ve forgotten to bring a camera or can’t use your phone, you can consider this option because you wouldn’t want to leave without a photo! Take a taxi or book an Uber

If you’re travelling from another part of the city to Gateway of India, you can travel by metered taxi or by booking a hassle-free ride through apps like Uber or Ola.

Closer distances can be covered by autorickshaws - this is an experience in itself.

Board a local train

If you’re travelling from Mumbai suburbs, consider hopping on board a local train and alight at either Chhatrapati Shivaji Terminus station or Churchgate station. 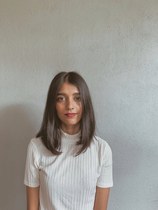 I'm a journalist and creative content writer sharing my thoughts on destinations, sights and conscious travel. On my off days, I can be found doing biro sketches, blogging about sustainability or...Read more
Want to contribute as a Local Expert?
Register Here
Hotels
Lowest Price Guarantee

Explore Gateway of India
Good things are meant to be shared!