Hikawa Maru: Explore The Charms Of The Ship Museum In Yokohama

Hikawa Maru is a cargo passenger ship that was built in 1930 and traveled over the Pacific Ocean to Seattle for decades. It is now located at the port by Yamashita Park in Yokohama and is open to the public in the form of a ship museum. As a visitor, you get to see the beautiful interiors of the ship as well as the passenger rooms that are clearly differentiated by socio-economic status. As well as business people traveling from Japan to the US, there were some historical figures, such as Charlie Chaplin and Japanese Royalty who enjoyed traveling by Hikawa Maru. Let’s explore this ship museum and experience it as if you traveled back in the past when Charlie Chaplin stayed for two weeks over the Pacific Ocean on his journey to America.

The history behind Hikawa Maru Once you step into the ship, you feel as though time has traveled back to when the ship operated back in the 1930s and almost feel like as if you are taking the journey with the ship with business people who ventured out to the US. Hikawa Maru came into life during a movement that took place in the 1920s. In the 1920s, there were many large ships built by both Europe and the US, which inspired Japanese to also begin to build large ships. Hikawa Maru was built in 1930 and was originally a cargo passenger ship. However, throughout history, Hikawa Maru was also a hospital ship during the war time, and after the war ended, it returned to being a cargo passenger ship, connecting Japan and the US until it retired in 1960. Hikawa Maru became the ship museum that we know today in 1961, and has been loved by many people ever since. In addition, in 2003, Hikawa Maru became a cultural tangible property of Yokohama City after being recognized for its significance as an industrial resource. Hikawa Maru is a ship museum open to the public and it only costs 300 JPY (2.67 USD) for adults, 200 JPY (1.78 USD) for the elderly over 65 years old, and 100 JPY (0.89 USD) for children up to high school students. Considering the size of the ship and materials exhibited, it is a great price for this museum. There is so much to see and you will definitely learn a thing or two about the history of Japan that most Japanese may not even know.

For those who visit Yamashita Park, it is hard to miss this ship. However, if you cannot tell where it is, just chase the seagulls. There are always a lot of seagulls that enjoy hanging out by the ship, so you know where it is. The tour of Hikawa Maru is obviously great for those who enjoy ships, but even for those who may not be so fond of ships, you will still enjoy being able to take a tour of the ship from head to toe. This is even something you cannot do when you are on a cruise. There are a lot of things to see when you visit Hikawa Maru. Of those things to see, definitely being able to see different levels of passenger rooms is interesting. When Hikawa Maru was operating, it connected Japan and the US to Seattle’s port in 13 days and by looking at the rooms, you can only imagine how hard it must have been for those who were staying in tiny shared rooms. Those people who had small bunk beds had rooms at the bottom of the ship without windows, thus without any view. On the contrary, Hikawa Maru also had first class cabins and more, deluxe cabins! Deluxe cabins, even by today’s standards, are very luxurious and extravagant. Some historical figures like the world movie icon, Charlie Chaplin, and also Japanese Royalty, Emperor Showa’s brother and his wife, used the deluxe cabin.

Hikawa Maru as a gorgeous venue As well as being impressed by these special passenger rooms, the first class cabin and the deluxe cabin, when you tour around Hikawa Maru, you will realize how this ship acted as an entertainment venue in the middle of the Pacific Ocean rather than solely a ship that delivered goods and people. Although it is becoming more common and popular to travel by ship, thus cheaper, it is still considered luxurious to take a cruise vacation. You can only imagine what kind of people could afford to travel abroad to foreign lands back then. Throughout Hikawa Maru, you will be impressed by beautiful rooms such as the cigar room, the restaurant, and the social room. Of course, these rooms were only available to the first class passengers, and each room and hallway are beautifully decorated as if they came out of your favorite classic movie. It is very romantic and classic, so people who enjoy classic movies find themselves wandering into day dreams.

Travel back to the past with Hikawa Maru

If you happen to visit Yokohama and the weather is not the best, why don’t you visit this unique, one of a kind ship museum, Hikawa Maru. There is so much to see and learn about Japan and how traveling by ship was back in 1930 to 1960. In those 30 years, Hikawa Maru acted as a passenger ship and a hospital ship. As you can imagine, much drama took place on this ship. It is accessible from many of the major transportation systems. If you travel by JR Negishi Line, you can get off at Ishikawacho Station or Kannai Station and it is 10 minutes on foot. If you are traveling by Minatomirai Line, from the 4th gate of Motomachi-Chukagai Station, it is 3 minutes on foot. Besides Monday, it is open from 10 am to 5 pm so you may like to take a day trip to Yokohama and have Hikawa Maru as a part of your Yokohama adventure. 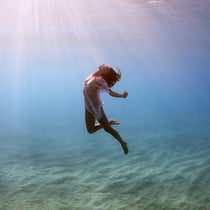 Explore Yamashita Park
Good things are meant to be shared!