Experience the glamorous life in Manhattan and get charmed by this lively borough yourself. Here, you’ll discover why the 843-acre (341.2-hectare) Central Park is one of the most frequently visited urban parks in the US. You can surround yourself with interesting artworks at the Museum of Modern Art or check out the fantastic murals at Rockefeller Center. The dazzling billboards at Times Square will surely enchant you as well. You can just look around the various upscale shops on Fifth Avenue and take pictures of the iconic Empire State Building. Visiting Manhattan soon? To complement your cultural journey, we recommend staying in classic and timeless accommodations found here. Read on to find out the best historic hotels in Manhattan, New York.

Did you know that the famous Bloody Mary drink was first concocted here in 1934?

Colonel John Jacob Astor IV built this famous New York skyscraper in 1904. Although the renowned entrepreneur passed away in 1912 during the sinking of the Titanic, his legacy lives on. In 1988, the hotel was acclaimed as a New York City landmark.

It continues to entertain its guests by offering non-smoking rooms with elegantly designed interiors and a pristine atmosphere. The property’s amenities and facilities include indoor and outdoor swimming pools, a spa and massage center, and a fitness center.

For sightseeing and family-friendly activities, you may head to Central Park Zoo and Rockefeller Center, which are both within a kilometer (0.6 miles) away.

The towering landmark with 44 floors has already been acknowledged over 90 years ago as a New York Historical Hotel. Its iconic hotel sign is still standing bold and proud since 1932.

JW Marriott Essex House New York is across Central Park, which you can view from your own terrace. Within the hotel itself, carefully preserved Art Deco features are found, such as intricately designed carpets, dazzling crystal chandeliers, and silver leaf-designed walls. Even its amenities speak of luxury and comfort, such as sleek marble bathrooms, comfortable linen, and convenient desk space.

While staying here, have a cultural-themed walking tour to Carnegie Hall, Columbus Circle, Lincoln Center for the Performing Arts, and Theatre District.

Did you know that before it was transformed into a luxury hotel that offers incredible spa services, New York EDITION was formerly the base of operations for Metropolitan Life Insurance Company back in 1909? This 5-star hotel in Madison Square Park’s Clock Tower now houses opulent accommodations, a Michelin-starred restaurant by Chef Jason Atherton, and a nice bar. The building designed by Ian Schrager offers 360-degree views of New York and has become a symbol of elegance in the area.

The renowned Warwick New York, which received celebrities, such as Elvis Presley, Cary Grant, James Dean, and The Beatles, was constructed in the 1920s by former politician and newspaper businessman William Randolph Hearst. The landmark consisting of 36 floors features a Renaissance Revival style courtesy of its designer, Emery Roth. The towering hotel continues to stand proud in the prime Manhattan area and is honored by the National Trust for Historic Preservation’s Historic Hotels of America.

This hotel, which comprises 189 rooms, was named after the brilliant Scottish philosopher and literary genius, Thomas Carlyle. The historic landmark that has been welcoming American presidents since Harry S. Truman also had the honor of accommodating other royal dignitaries and leaders from Denmark, Greece, Spain, and Sweden. Even the late Princess Diana stayed in this building. The hotel designed by Bien & Prince showcases murals done by Ludwig Bemelmans, the famous artist and author of Madeline children’s books.


The Carlyle, A Rosewood Hotel

Situated near world-renowned luxury shops, such as Louis Vuitton and Chanel, The Plaza is an exciting place to be in. This lavish property was founded in the 1900s by a businessman, a hotelier, and a financier—Harry S. Black, Fred Sterry, and Bernhard Beinecke, respectively. It was showcased in famous movies, such as Barbra Streisand and Robert Redford’s “The Way We Were” as well as Tom Hanks and Meg Ryan’s “Sleepless in Seattle.“ You’ll probably recognize this elegant hotel in the blockbuster film "Home Alone 2,” which starred Macaulay Culkin, and “The Great Gatsby” featuring Leonardo DiCaprio.

Since 1930, The Pierre has welcomed various guests including A-list celebrities, such as Audrey Hepburn, Elizabeth Taylor, and Al Pacino. Oil tycoon John Paul Getty purchased it in 1938 and after 67 years, Taj Hotels, Resorts and Palaces bought the property and made it the company’s North American flagship hotel. Even though it changed ownership and underwent renovations, The Pierre continues to be significant up to the present, offering impeccable service and a blend of classic and chic extravagance to its guests.

It has also been acknowledged by NYC Landmarks Preservation Commission as a historic landmark.

Ever since this hotel’s opening in 1902, its previous owner Frank Case has created a lasting legacy. Its name was reportedly given by Case himself in honor of the area’s original local Native American dwellers. The property had been the nest of literary talents, such as the Algonquin Round Table (1919), the founder of The New Yorker (1925), and the New York Drama Critics Circle Awards panelists (1936).

It has been regarded as a New York City landmark since 1987. In 1996, the hotel was deemed a literary landmark as well.

Formerly called The Helmsley Palace Hotel and owned by Harry Helmsley—a real estate tycoon who also acquired the Empire State Building—the property has repeatedly changed owners. The hotel was bought by the Sultan of Brunei in 1992, and in 2011, it was purchased by Northwood Investors. It is now under Lotte Hotels & Resorts, a South Korean company, since its takeover in 2015.

Aside from its deluxe appeal, it boasts historic importance, too. It is a 19th-century landmark and is included on the National Register of Historic Places.

In 1903, Hotel Belleclaire Central Park opened its doors elegantly while showcasing Emery Roth’s Beaux-Arts architecture mixed with an Art Nouveau-Secessionist theme. Famous for its brick and limestone front features, it becomes a nice attraction and landmark itself on the Upper West Side of the city.

Stay here if you like the comfort of airy and stylish rooms, the luxury of Frette robes and slippers, and the convenience of valet parking.

During your stay, you can try biking within Central Park, watch opera or ballet at the Lincoln Center for the Performing Arts, appreciate anthropology through the American Museum of Natural History, and shop at Columbus Circle.

Live in style while in Manhattan

Have a great time spending carefree days in Manhattan as you roam around Central Park, shop on Fifth Avenue, watch shows at the Lincoln Center for the Performing Arts, and appreciate artworks at the Museum of Modern Art. During your visit, take a trip down memory lane and book one of the best historic hotels in Manhattan, New York, for a more meaningful stay. 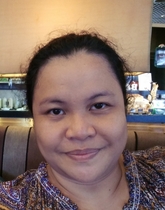 I love traveling and I love learning something new. Yet, and yet. I love coffee the most.
Want to contribute as a Local Expert?
Register Here
Hotels
Lowest Price Guarantee