There is no denying that Pakistan is rich in cultural history and diversity. It is home to a myriad of United Nations World Heritage sites and also a hotbed of natural and archaeological sites. There are also luxury trains in Pakistan that offer comfort and amazing views. Many stories and sites from the biblical times can be traced back to Pakistan and this makes it a special destination not just to religion enthusiasts, but also students of history. If you are planning a trip to Pakistan, you will be presented with a plethora of places to visit, and the number you will manage to see will mainly depend on the duration of your visit. But that notwithstanding, here is a brief look at some of the historical places in Pakistan that you shouldn’t miss. The Mosque of Mariyam Zamani Begum is another historical tourist destination located in the ancient Walled City of Lahore. It’s one of the top Pakistan historical places and was built during the reign of Emperor Jahāngīr, the 4th Mughal Emperor who ruled between 1605 and 1627. The mosque is said to be built in honor of the monarch’s mother, Mariam-uz-Zamani.

The mosque features traditional Mughal architectural designs of short domes and wide arches with intricate patterns, colors, and inscriptions on the interior walls and ceilings. The mosque also has several balconies and side rooms.

Haram Gate is one of the gates of the ancient wall encircling the historical city of Multan. It’s located on Akbar Road and is one of the oldest historical landmarks in the city and one of the top tourist draws. The time when it was constructed is unknown but the wall was built in 1756 AD. The walls and the gate were badly damaged during the Siege of Multan in 1848 but were rehabilitated under The Multan Walled City Project. Rohtas Fort is a masterpiece historical site in Pakistan constructed in the 16th century and it is an authentic depiction of the real traditions and the cultural heritage of the Pakistani. The architecture of the fort is a fusion of Afghan and Persian architecture, with the main highlights being the gigantic gates and the great walls. The main reason for the construction of the fort was to bar the Mughai emperor Humayun from finding his way back to India after he lost the battle. The walls of the fort, as well as the massive bastions, run for kilometers, and though it was constructed thousands of years ago, it still remains an architectural masterpiece and a demonstration of the ancient Pakistani knowledge in construction. Mohenjo-Daro is another famous historical place in Pakistan you must never fail to visit when you are in the country. The site was discovered in 1921, though it is believed that it was constructed in 2600 BC. Mohenjo-Daro comprises of mud and baked bricks, and it is believed to have been one of the very initial settlements that sparked the Indus Valley Civilization and it is also believed that it is one of the ancient major urban settlements whose plans were copied by other civilizations, including advancements in Old Egypt. On of the most important places of Pakistan, Hiran Minar is located in Sheikhupura, about 40 km (24.85 miles) away from the city of Lahore. This architectural piece was built by the 4th Mughal King Jahangir inside a beautiful lake. It is believed that the king built it as a monument of his deer pet and that’s why it is known as the deer tomb up to this day. The tomb towers over 30 meters (100 feet) into the sky and several years after its construction, it was used for tracing the hunting of wild animals. Its history and construction make visiting it a worthy endeavor. No discussion of historical buildings, cultural sites, and landmarks in Pakistan will ever fail to mention the Tomb of Jahangir. The location of this tomb is in the Lahore suburbs in Shahdara, and it is a place that was specially chosen because Jahangir’s wife liked it so much and wanted it to be the final resting place of her husband. The uniqueness of the tomb, however, lies in its construction and whose resting place it is. It features four tall towers on all the four corners, with the towers rising up to 30 meters (100 feet) in the air. The gardens of the grounds upon which the king was buried remain beautiful and well-manicured to date, and though the beauty of the tomb may be fading away with time, you won’t fail to notice the grandeur it once had.

Taxila is an archaeological site that tells the story of how ancient civilization stemmed out from the Indus civilization. It shows very detailed evidence of the various stages of development as was influenced by Central Asia, Greece, and Persia. Additionally, it is believed that at one point, it was the site that was used by Alexander the Great during his conquest of the region. Noor Mahal is also known as Noor Palace, and it is believed to be more than 150 years old. The palace was supposed to be the home of Subah Sadiq’s family, but this never came to pass because his wife left the palace after spending just one night here due to the presence of Basti Maluk Shah’s graveyard. It was later to be used as a state guest house and a place for having state meetings. The double story palace has a total of 32 rooms, with 14 of them being in the basement. There are five domes and six verandas, and up to date, it is considered as one of the most beautiful places in Pakistan, also featuring prominently in lots of children’s fairy tales. Shalimar Garden was once a possession of a royal Pakistani family and its construction was completed in 1641. The uniqueness of the garden comes from its construction which features three descending terraces that have all been given poetic names such as Bestower of Life, Bestower of Goodness, and Bestower of Pleasure. Right in the middle of the terraces, there are large pools to receive water from more than 400 fountains. Currently, the garden is one of the UNESCO protected World Heritage Sites in the City of Lahore. Badshahi Mosque is another extraordinary structure and a historical place worth visiting in Pakistan. It is a gigantic mosque that stands out from all of the settled mosques in Pakistan. It is also considered as the second greatest mosque in Pakistan after Shah Faisal Mosque, one of the things Pakistan is famous for. The main attraction to this mosque is its architecture, and though it was constructed in the year 1671, the kind of technique and craftsmanship that went into its construction is still a marvel up to the present times. Minar e Pakistan is located in Lahore, and it was constructed in 1942 to commemorate the Lahore Resolution of 1940. The tower was constructed over a period of eight years and it is a display of real beauty as well as a blend of modern and Mughal architectures. It features an artificial lake and marble mountains which are truly beautiful to look at. Aside from being one of the most famous buildings in Pakistan, it is also included among the most visited sites within the city. It is the most photographed spot at night in Pakistan as well. The Mosque was constructed in 1634 by a Viceroy of Punjab who worked for Shah Jahan. The mosque is famous for its beautiful design and architecture and it is another very popular site among tourists in Lahore. Its construction took a total of seven years, and its huge faience tile work is enough testimony to the long time it took to complete the mosque. A glance at the mosque will reveal to you the real and clear image of the historic days gone by.

Enjoy the history and the culture in Pakistan

The above historical places in Pakistan are but a small sample of what the region has to offer. A visit to a historical place in Pakistan will give you a great perspective of the rich history and culture enjoyed by Pakistan and the region as a whole. If you find the time, you should strive to visit all of them so that you can appreciate and enjoy the history and the culture of Pakistan.

Try visiting the country’s national parks as well for more wonderful things to do in Pakistan. 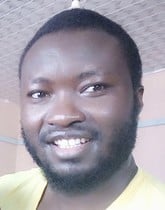