Planning to explore the mystical heritage of Salem, Massachusetts? Located on the East Coast, Salem is a city with a grand history, and some of it is dark and fascinating. Occupied in 1626, one of the earliest settlements in colonial America, it was also a very important seaport in the region. This developing Puritan town rose to fame for its infamous 1692 Salem witch trials in which 19 individuals were executed. The event was picked up by popular media and subsequently has been a subject of numerous plays, productions, and pop-culture references. Since then this city has become the mecca of witchcraft enthusiasts and history aficionados from all over North America and around the world. Numerous edifices and organizations still bear the legacy of the trial in their works and names. Apart from that, as an early colonial trading town, it has many historical records of America’s maiden days. Discover a riveting past with these top museums in Salem, Massachusetts! Situated on Salem’s Essex Street, Witch History Museum presents a glimpse of the period through its elaborate presentations of the time’s myths, conspiracies, legends, and stories. Also, ancient attires, lifesize figures, as well as exhibits give viewers a glimpse of the city’s past. You’ll learn about the history of the witchcraft allegations, the religious mass hysteria, and the extremism that led to brutal witch-hunting and subsequent witch trials around the county.

Punto Urban Art Museum on Peabody Street, Salem, is a unique open-air museum spreading over three blocks covering 75 multi-story murals. The creations are made by 30 internationally celebrated and 25 native artists. These colorful depictions of art on the sides of brick buildings portray various social and economic stances and perspectives as well as break them down. These symbolic and timeless art pieces are truly distinctive in their aesthetics. Located on Derby Street, Salem Wax Museum, as the name suggests, gives you a three-dimensional peek into 17th-century life in the early colonial settlement. There are many lifelike wax figures wearing clothes and accessories from that era as well as the furniture and equipment that were common at the time. Of course, the infamous witch trials and executions are also depicted. Activities include guided and walking tours, themed haunted-house adventures, and scouring souvenir shops for collectibles.

Delightful Suite in an Antique Home

The Mason Suite of Salem Source: Photo by user massmatt used under CC BY 2.0

Peabody Essex Museum or PEM is located on Essex Street. It was preceded by East India Marine Society, which was founded in 1799. The museum contains artifacts, curiosities, and art gathered from the Americas, Europe, Africa, Asia, and Oceania through past voyages made from its then-bustling seaport. One of the oldest continuously operating museums in America, PEM hosts more than 840,000 works of art from various continents. In fact, it holds one of the largest repositories of Asian art in the United States. On Salem’s Derby Street, this museum is dedicated to the times when the pirates ruled the seas. Salem being one of the most significant trade seaports in that era has also experienced its fair share of troubles from sea-robbers. The museum depicts the artifacts, attires, lifesize wax figures, weapons, and equipment of the pirates who reigned in the past. Visitors can also participate in guided tours or experience history through reenactments, plays, and live shows. Located on Derby Square, this museum is itself situated inside the federal-style Old Town Hall established in the 19th century. The museum proclaims itself as a gateway to the historic city of Salem. Prospective visitors will discover attractions and directions to the city’s heritage treasures and historic sites here. The small museum is lined with artifacts and information, giving visitors glimpses into Salem’s formation, development, and legacies. Source: Photo by Flickr user osseous used under CC BY 2.0

This museum on Salem’s Lynde Street, as the name would suggest, is famous for its replica of the original dungeons where the condemned individuals in the 1692 witch trials were sent. Apart from this attraction, the museum hosts a live reenactment of the original witch trial complete with a replica courtroom, characters (both dummy and human), and audience seats. The visitors can observe the dramatic trial unfold here. Afterward, visitors are given a tour through the dark and dingy dungeon. Phillips House is a historic estate located on Chestnut Street, Salem, where one of America’s first self-made maritime millionaires lived until his death. After that, the house has seen a change of ownership several times, each change bringing its own set of historical legacies. Then in 1911, Stephen Phillips purchased the property, giving it its present name. The frozen-in-time building contains lavish colonial interiors and furniture that are definitely worth a visit!

9. The Witch House at Salem The Witch House, also known as Jonathan Corwin House, was the home of the very Judge Jonathan Corwin, who presided over the 1962 witch trials. Furthermore, it is the only establishment still standing that has a direct association with the tragic event. The house was built in 1620, and a tour of this early colonial structure gives you a glimpse of the architecture, furniture, as well as the culture and way of life of a 17th-century upper-class household.

The Witch House at Salem

Located in Washington Square, Salem Witch Museum gives you an immersive experience of that fateful witch trial in 1692 with two exhibits. The first one includes 13 lifesize stage sets, figures, lighting, and narrations through which the treacherous conspiracy is unearthed. The second—Witches: Evolving Perspectives—examines the metamorphosis of the stereotype of a witch. This murderous witch-hunting narration depicts the preceding legacy of European witch trials, which culminated in Salem’s own witch trials.

9 reviews
Oops, this activity is currently unavailable. Check out these alternative activities in the same location.

Learn about Salem's intriguing past

Salem was occupied by seafaring Puritans from England in the early 17th century. As with most of the colonial settlements on the East Coast, Salem has its own culture, way of life, myths, and superstitions. A dark and brutal culmination of the superstitions of that era took place here in the form of the notorious 1692 Salem witch trials, which had unfairly claimed the lives of quite a few individuals. But it has also given this centuries-old city a unique identity and legacy. 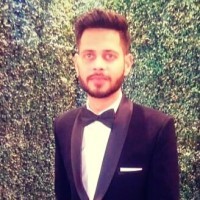