San Diego has somehow become synonymous with San Diego Zoo, so much so that a vacation to San Diego doesn’t seem quite complete if you don’t include the famous zoo in your itinerary.

Located within Balboa Park, San Diego Zoo houses over 3700 animals from more than 650 species and sub-species, and is widely considered as one of the best zoos in the world.

Read on to view some of the cutest and most popular animals in San Diego Zoo! Who can possibly resist the adorable faces of the cuddly giant pandas? San Diego Zoo is currently home to three giant pandas, namely Bai Yun, Gao Gao, and Xiao Liwu. Unsurprisingly, the panda enclosure is one of the most popular exhibits in the San Diego Zoo, and you almost definitely have to queue just to see their cuteness in person.

I only headed to the panda enclosure in the afternoon and a long queue had already formed. Not only did I have to queue for about 30 minutes, Bai Yun and Gao Gao were nowhere to be seen and Xiao Liwu was sleeping. Nonetheless, the sleeping cub is still sheer cuteness.

Do note that if there is a long queue, you have to keep moving along the queue once you are near the panda enclosure and you don’t have the luxury of time or space to move around and view the pandas slowly.

Therefore, definitely try to check out the pandas first thing in the morning, so that you can avoid the crowd and also catch them in action when they are still awake. Also located within the panda enclosure is the red panda, which looks more like a raccoon than what we have come to expect from a panda.

Only about the size of a small dog, the endangered red panda is generally only found in small, isolated mountain territories above 4,000 feet (1,219 meters) in China, Nepal, India, Bhutan, and Burma. And yes, it was also sleeping when I visited. The koala bears are housed in the Australian Outback section of the zoo, together with wallabies, wombats, and 23 species of Australian birds, but, without a doubt, the real stars of this section are the adorable sleepy-eyed koala bears huddled on the trees. Who would have thought that dogs and cheetahs can live together and become good friends? Well, in San Diego Zoo, it could very well be possible! The dog and cheetah combination is part of San Diego Zoo’s Animal Ambassadors program, a special group of animals that are trained to travel to off-site events and participate in presentations.

Such a pairing is chosen because dogs are naturally comfortable with people and strangers, which is complementary to cheetahs’ cautious and wary nature. Apparently, a puppy is introduced to a cheetah when it is still a cub, so that they can bond and the dog’s friendly body language can calm the cheetah down. I stopped by during the noon time and was lucky that it happened to be the feeding time, because the polar bear only comes out when fishes are in sight. (Don’t ask me why the polar bear looks so brown though!)

Spanning 100 acres (40 hectares), San Diego Zoo is huge with plenty of animals to see, many of which you may not even have known existed previously. Due to the sheer size of the zoo, definitely try to come early in the morning so that you have time to finish viewing all the animals, especially since many will start to nap in the afternoon.

However, do not come with the expectation that you will definitely get to see all the animals you want as the zoo is built in such a way that it mimics a natural habitat and animals are given space and foliage to hide if they feel like it.

Also, the admission ticket doesn’t come cheap at 50 USD for the most basic ticket. Try to go online to source promo codes to get a discount and print the ticket out at home to beat the queue at the zoo’s admission area. 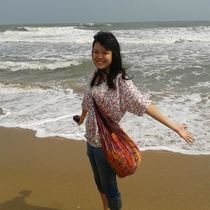 An avid budget traveller, there is nothing Yiqi likes more than trying out local street food and hunting for bargain buys in flea markets. Another aspect she likes about travelling is the...Read more
Want to contribute as a Local Expert?
Register Here
Hotels
Lowest Price Guarantee

Explore Balboa Park
Good things are meant to be shared!