Located in the Northwest corner of the United States, Seattle, Washington, is a city with a unique character. Right on the Pacific ocean but North enough to be really cold throughout the year, the city has found its way to stay vibrant and alive in the music business. Almost thirty years after the big grunge explosion after 1985, with bands like Screaming Trees, Alice in Chains, Nirvana and Audioslave emerging from the city, Seattle still keeps up the music industry and the clubs. Trip101 found the most vibrant and diverse clubs for you in this part of the US. All you need is to find what you feel like and have a memorable night out. With all these nightclubs in the city, you’re going to need a good rest after. Book a stay in one of the city’s best hotels and vacation rentals too. But first, keep reading to learn about the best nightclubs in Seattle, Washington.

One of the biggest names when it comes to nightclubs in Seattle is Neighbours Nightclub. Opened in 1983, it is the oldest LGBT and mixed club in the city. Neighbours Nightclub is open to all partygoers and often hosts major events like holiday parties and charity fundraisers. You are free to express your attire and, of course, must respect other people’s choice of clothing too. This Capitol Hill institution is one of the most diverse and trendy clubs in all of Seattle.

One of the hippest places Seattle’s young (and not-so-young!) crowd line up for is Trinity Nightclub in the trendy neighborhood of Pioneer Square. Established in 2005, Trinity offers two dancefloors, VIP rooms, and a cocktail bar with an extensive menu. The club prides itself in being the only one of its kind in the state to allow both 18+ and 21+ partygoers. Local and international DJs helm the club every night, hyping up the place with upbeat music.

Due to the present restrictions brought about by the pandemic, the club is currently closed and opens on February 2022.

Posted by The Underground on Thursday, June 6, 2019

The Underground is one of the top clubs in Seattle, Washington. The music that you will listen to there is mostly trance, but it is the atmosphere that is unique. The Underground has a low ceiling, dim lights, it is a small and intimate club and the people inside know very well that they have gone there to party! Before visiting, you may check the site’s calendar for some special events and DJs coming!

Lo-Fi has two different rooms hosting live bands and DJ’s from all over the world. Most of the time, the club is full of people enjoying the two different setups. It is remarkable that the vast majority of people are there to dance and they keep dancing all night long. The bartenders are polite and fast and the service is excellent. There are also open mics for hip hop battles, that make the night explode. At the same time, in the room nearby, a DJ may be firing up the dance floor with his choices. Several small touches, like the photo booth or the arcade games in the entrance, make Lo-Fi an even more distinctive choice.

Kremwerk is a totally different kind of club, since it is queer-centered but mainly focused on electronic music. It is widely known for hosting the craziest but most elevated electronic shows and for having famous guest DJs performing often. The club has a futuristic bunker style, as you can find it in a basement full of blue light and tint. In order to get inside, you need to be over 21 years of age and be sure to check the calendar from time to time so as not to miss a great event.

Q Nightclub is all about music. Even though when you visit the club for the first time you’ll be amazed by the size, the multi-level lounge, the interior design and the lights, in the end, it is all about music. Located in the Capitol Hill region of the city of Seattle, Q is open five days a week and combines a relaxed atmosphere and a clubbing space. The owners have invested a great amount of money on the audio components, offering a state-of-the-art system for the clients. Q is a really high-end choice for an unforgettable night out.

Right in the heart of the city of Seattle, you will find the Aston Manor club, a club known for the largest parties hosted in the whole of the Northwest. The whole ambiance is great with neon and led lights everywhere and a world-class sound system. On the decks, you will find several celebrity hosts, famous DJs from all around the world and even musicians performing for you.

The Mercury @ MachineWerks has the unique feature of being operated by volunteers and also covering the needs of the Goth community, since there are several Goth music events alongside the various DJs performing electronic sessions. Be aware that this Seattle dance club is a private club, so in order to join you either need to be a member or be accompanied by one. If not, you may find a member-promoter to give you the magic pass to some nights full of dance and fun. The membership application fee is 10.00 USD.

Club Contour tries to offer a more elegant approach to a night at a club. It is a premier cocktail lounge primarily that also has a vibrant dance floor that is full of people partying. One of the most significant touches of Club Contour is the happy hour celebrated every day, in different time zones. So, you can start your night out with a cocktail, hang around with your friends and if you feel like it, join the dance floor and dance until your shoes wear off. The Monkey Loft has an industrial aesthetic and it is more of a cocktail bar hosting DJ venues, but attracts more and more dance enthusiasts and is transforming into the new “place-to-be” in the Sodo Neighborhood. The owners try to support local artists primarily and to encourage Seattle’s traditionally artistic population. In the late hours, extra deck space is added, with a beautiful skyline view and a unique outdoor touch! The Cuff Complex is a gay men’s club that wishes to provide you a unique nightclub experience. The club opened for the first time almost 26 years ago and it still continues to be a favorite spot for locals. The facility has two big bars but also billiards and darts areas, and of course, a really large dance floor. An extra touch is offered by the patio, giving the opportunity to take some breaths and come back inside and continue to party. This Seattle club and bar has a big reputation for hosting amazing parties and being open to all people. Source: Photo by Flickr user dietrichphoto used under CC BY 2.0

The Nectar lounge is the biggest indoor/outdoor music venue in the state of Washington. On the stage of the club, you may find artists and groups of all genres and you can enjoy them by taking great drinks from the bar. In the Nectar Lounge, music is the international language that combines rock, bluegrass and hip-hop music, American and international artists. Many famous artists like Wiz Khalifa, Bon Iver, Phosphorescent Afrika Bambaataa, The Wailers and many more have appeared on this stage!

A night out in Seattle Source: Photo by user Bruce Turner used under CC BY 2.0

Seattle still keeps its unique character and manages to remain a city really energetic in the field of music. The nightclubs are diverse and they host famous artists and DJs, and the dance never stops. Keep our list and see you on the dance floor!

1. Which nightclubs in Seattle are best for couples?

Excited to party with your significant other? Neighbours Nightclub, Nectar Lounge, Trinity Nightclub, and Monkey Loft are some of the best Seattle nightclubs to take your partner to!

2. Which are the best nightclubs in Seattle?

If you love to party, Seattle is definitely the destination for you. Some of the best nightclubs in the city are The Underground, The Mercury @ MachineWerks, The Cuff Complex, and Club Contour. 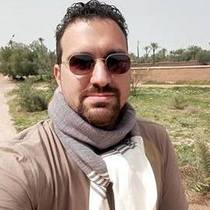 Hello ! I'm Chronis and I'm currently living in Athens, Greece. I love to travel and I would love to share my experience with you.
Want to contribute as a Local Expert?
Register Here
Hotels
Lowest Price Guarantee