Canada’s capital, Ottawa, is an amazing city with an excellent road network which links dozens of great cities and countless roadside attractions. As a matter of fact, cities such as Prince Edward Island, New York, Boston, and Greater Sudbury, among others, are easily accessible from Ottawa by road. Getting to these destinations is even more fun because along the way, you will have a unique opportunity and ample time to explore the variety of nature reserves and magnificent natural features, including pristine beaches, rivers, lakes, and lush forests along these routes. Discover which routes hold these and other outdoor recreation options from our list of top road trips from Ottawa, Canada. The distance from Ottawa to Prince Edward Island is 1,329 km (826 miles) and it takes approximately 13 hours to get here by road. The best route to Prince Edward Island is through the Trans-Canada Highway, which is easily accessible from Nicholas Street. Along the way, you can stop at Levis in Quebec to check out the historic Charny Railway Station, which despite its age, is still operational today. You can also enjoy spectacular views of the city from Quebec Bridge, which also happens to be one of the longest bridges globally. Before Prince Edward Island, you can stop again for a quick bite at the McDonald’s at 10 Ensley Dr, Moncton. Once in Prince Edward Island, make a point of visiting the PEI National Park, Confederation Centre of Arts, and North Cape Lighthouse, among other exciting places. Ottawa to New York is a seven-hour drive that takes you through the scenic I-81 S route, which is renowned globally for many attractions and great amenities. One major attraction is 1000 Island Tower, which provides unobstructed views of beautiful vegetation, St. Lawrence River and the 1000 Island at large. The tower houses Skydeck Café, which serves some of the best coffee on the island so you can grab a cup to keep you energized. Also on this route is the scenic Big Pocono State Park, which boasts magnificent views of Camelback Mountain, lush forests, and different animal species such as deer, cottontail rabbit, ruffed grouse, and squirrels. Source: Photo by user Jiaqian AirplaneFan used under CC BY 3.0

The shortest distance from Ottawa to Boston, MA, is approximately 700 km (435 miles). This journey can be completed in just seven hours, but that wouldn’t be fun without making stops in the countless attractions along the way. For instance, at St. Eugene Road, take the detour to Voyageur Provincial Park where you can camp comfortably with your RV. Further, at Montcalm, take Smith Pond Road and drive for about nine minutes to Enfield Wildlife Management Area to explore its hiking trails, natural features, and beautiful wildlife. Once at State Street, continues driving to Greenway Open Market to Milk St. to restock on essential supplies. For more adventures, you can make another stop at Boston Harbor Islands National and State Park before reconnecting to John F. Fitzgerald Surface Road. There are three routes from Ottawa to Greater Sudbury. The fastest of them all is the direct route via the Trans-Canada highway/ Hwy 17, which transverses several areas of attractions, including museums, nature parks, and great food establishments. The first and most notable attraction on this route is the Canadian Museum of Nature, which is situated about 2 km (1.2 miles) from Ottawa. The facility contains a rich collection of fossils, minerals, animals, and plant species, which make it an excellent destination for historians. From the museum, you should also stop by Algonquin and Samuel de Champlain Provincial Parks to check out several areas of interest. When hunger kicks in, make one last stop at Kates Kountry Kitchen and indulge your taste buds to some delicious pies and homemade dishes, including fries, and their signature barbecue garlic spreads. Concord, NH is an exciting city filled with countless attractions, many of which possess historical and cultural significance to the natives. If traveling from Ottawa to Concord, the journey is even more exciting considering the world-class facilities on this route. A perfect example is the Calypso Theme Waterpark, which is the biggest of its kind in Canada. It features the many waterslides, theme rivers, and the largest wave pool in Canada. This is just a must-stop destination, especially if you are touring with kids. Once in Concord, the White Mountains should be at the top of your to-do list. These beautiful mountain ranges hold great hiking trails, clean beaches, and pristine mountain lakes suitable for boating, snorkeling, and swimming. Niagara Falls, ON, is a major tourist destination stretching from the Ontario province in Canada to America’s New York. The city is famous for magnificent attractions, especially its group of three waterfalls, namely the Horseshoe, Bridal Veil, and American Falls. The views here are breathtaking and there are a few ways you see them: you can take a stroll around the falls or hop into the Maid of the Mist Boat, which offers daily exploration trips of the Niagara River. For those visiting from Ottawa, the best route to Niagara Falls is via ON-401 W, which leads through the Funhaven amusement park, Bell NCC Baseball Park, and Happy Green Acres Campground among many other attractions. The distance from Ottawa to Niagara Falls is relatively short so you can make several stops without any significant inconvenience to capitalize on the fun. Before starting your journey to Portland, ME, it is critical you stop by Esso Refueling Station at 1515 County Road to perform minor tune-ups and refuel your RV before embarking on the seven-hour adventure. At Rigaud, take the diversion to Parc Chartier-De Lotbinière to experience the great outdoors with your family. The park is renowned for its beautiful hiking trails, ball fields, and many water games. Here you can indulge in a thrilling basketball, tennis, or even a soccer game, after which you can relax before taking the adventure to our next destination at Arbraska Rigaud Park. Along the way, the road transverses forests, lakes, and rivers, which guarantees fun, excitement, and entertainment throughout the journey. Air travel is the fastest means to from Ottawa to New Haven, CT, but it is as fun as taking a road trip to this destination. A road trip takes approximately seven-and-a-half hours but can take more time considering the number of stops you make on the way so expect to be on the road for a day or so. Along the way, you should expect to see beautiful forests, rivers, lakes, and a lot of wildlife in parks and nature reserves that are lined up on this route. An example is Berkshire Botanical Garden, which features an extensive collection of animal and plant species that thrive well in the region. There are several ways you can get to Saguenay, QC from Ottawa, namely by bus, air, train, or cross-country RV drive, which we believe is more fun than the rest. A significant stretch of the road as you approach Quebec connects with St. Lawrence River, which is famous for excellent kayaking, windsurfing, paddling, fishing, and boating sites. In addition to these activities, you can take a scenic ferry trip across the river to enjoy beautiful views of the old city and historic buildings, including the famous Fairmont Le Château Frontenac. Before embarking on the remaining part of the journey, stop by Chez Ashton fast food restaurant in 520 Boulevard Louis-XIV, Québec, for its mouthwatering dishes.

Similarly to the capital city of England, London in Ontario, Canada also features two notable attractions, namely the Covent Garden Market and Thames River. The latter is a favorite among many tourists because it gives unobstructed views and easy access to many attractions in the area. So if you are stuck in Ottawa wondering what to do this holiday, why don’t you take a six-hour road trip to this destination? The route has so many attractions to interact with: imagine starting your exploration at Canada Agriculture and Food Museum, then moving to Bruce Pit for great outdoors with your pet and family before winding with a mojito at Baber’s Beach. Indeed this is a lifetime’s experience, and that’s why you should take a road trip to London, ON.

Embark on the most memorable road trip from Ottawa Everyone, at least once in a while, fills the urge to go for a road trip. Not sure where to, what to expect, or worse, which route to use? Well, if this is the case, have you ever thought of Canada’s capital, Ottawa? As can be seen in this article, Ottawa holds one of the best road trip adventures in the world with its great destinations and plenty of roadside attractions. Try our top road trips from Ottawa, Canada, for fun, fulfilling, and memorable roadside adventures. 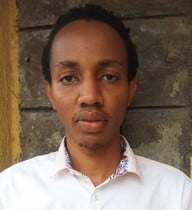 Josiah Ndung'u is a Mechanical Engineering graduate and a travelling enthusiast who loves networking with new people, learning new cultures, having fun (especially at the beach), and sampling new...Read more
Want to contribute as a Local Expert?
Register Here
Hotels
Lowest Price Guarantee

Explore Ottawa
Good things are meant to be shared!