Why take a trip to Europe? There are endless reasons, making it a top destination for new and experienced travelers. The smallest of all continents with 44 countries is regarded as the center of history and culture. It also offers the most splendid views of nature including glaciers, snow-peaked mountains, fjords, glens, lochs, vineyards, coastlines and many more. One of the best ways to have a visual feast of Europe’s natural beauty is through train rides. Taking the scenic train routes could take a few hours to a day depending on your choice of destination. Train companies offer tour packages that would allow you and your family to see different countries in Europe. Here’s a list of the 10 most scenic train rides in Europe.

Three different train sections can take travelers and tourists to the stretch of the Golden Pass (also called the Panoramic Train) in Switzerland. The huge windows of the trains can really give you amazing views of the scenery. The seemingly unending mountain pass starts in the German-speaking town of Lucerne and ends in French-speaking Montreux. Other notable towns along the way include Meiringen, Interlaken, Spiez, Zweisimmen, and Gstaad. This route boasts of picturesque and breathtaking sceneries. Travelers can have a view of the Alpine peaks, blue lakes, mountain resorts and more. The best views are between Zweisimmen and Montreaux. Taking the Golden Pass line is a calming way to see a beautiful section of Switzerland. The best way to enjoy Cinque Terre’s coastal landscapes, harbors, vistas, winding pathways, and terraced vineyards is by train. Cinque Terre translated as “five villages” is composed of picturesque fishing villages perched at various heights on a small mountainous portion of the Ligurian coast located in northern Italy facing the Meditteranean Sea. There are hiking paths between these villages. The two-hour ride connects six stops: La Spezia where the main transport hub is located, and the towns of Riomaggiore, Manarola, to Monterosso, and Levanto, respectively. It only takes minutes to travel from one village to another. The line that links the villages is part of the main railway line of Italy. When passing the route in between villages, the train travels in the tunnel under the hills. Cinque Terre was declared as a UNESCO World Heritage Site in 1999.

There’s a lot that you can expect from the famed Glacier Express. See St. Moritz that is considered the most elegant holiday resort in Switzerland. Be amazed by the alpine village of Zermatt, have a glimpse of the Matterhorn peak and the Rhine Gorge, considered as the Grand Canyon of Switzerland. This world-famous train ride spans 300 kilometers (186 miles) across the Swiss Alps with a total travel time of about 8 hours. The train passes through a total of 91 tunnels, glens, curves, viaducts, and almost 300 bridges. Travelers can choose to start from Zermatt to St. Moritz or the other way round. The Glacier Express route has four sections. All of them feature unique views. The best time to take this scenic train ride is between April to June or during spring so you can see both the green valleys and snowy mountains of Switzerland. The River Rhine Valley Railway is one of the most beautiful and famous railway lines in Germany. It runs from Cologne via Bonn, and Koblenz to Mainz. Among the highlights of this scenic train ride include the fortress of Ehrenbreitstein in Koblenz, the castles of Marksburg, Stahleck, Katz, and Maus. While on the train, you will get to see the relaxing sceneries of riverside vineyards, the west bank of the River Rhine, and the historic towns of Koblenz and Mainz. The classic Rhine valley route takes about two hours and nineteen minutes. When traveling from Cologne going to Mainz, remember to sit on the left-hand side of the train to enjoy the best views, including the view of the famous Loreley, an almost-vertical slate rock on the bank in the Middle Rhine. The Inlandsbanan stretches as long as 1,300 kilometers (807 miles) from Kristinehamn in the south to Gallivare in north Sweden. It passes through Mora, Ostersund, and Arvidsjaur. Sightseeing on board this train will give spectacular views of the Lapland wilderness, snow-covered mountain tops, the Arctic Circle, and the magnificent Mount Dundret. Traveling on this train route is a great way to see and enjoy the wildlife of Sweden as well as small communities. You can even spot reindeer from the train window. Be prepared to see the midnight sun when traveling from June to July. The train seats are spacious and comfortable enough for a seven-hour ride. Semmering is the first railway routes to be declared as a UNESCO World Heritage Site. The line that is divided into four sections begins at the Gloggnitz station and ends at Murzzuschlag station, both located at high altitudes. It was completed in 1854 and is considered as among the greatest accomplishments of civil engineering during the early years of railway building. The entire route will pass 16 tunnels, 16 viaducts and several hundred stone and iron bridges. It will certainly give you a very nice view of the surrounding Austrian mountains. The Linha do Douro or Valley on Train in northern Portugal follows the stretch of the curved River Douro and also features sceneries of terraced vineyards, steep valleys, and plains. This 203-kilometer (126 miles) railway route built in 1887 incorporated the natural features of the valley to the railway, with the finished route resulting in 26 tunnels and 30 bridges. Linha do Douro is considered among the most beautiful railway stations in the world and has become a must-see spot for travelers and tourists. Literally translated as “The Little Yellow Train,” the Le Train Jaune is a historic meter-gauge electric railway in the French Pyrenees. Travelers are advised to start the route at either Villefranche to Saint Louis or vise versa. The railway would reach Bolquere Eyne, France’s highest railway station, that has an elevation of 5225 feet or 1592 meters above sea level. See small towns, ski-resorts, deep valleys, lines of forests, streams, and rocky mountains. Along the visually appealing route, travelers will also see two historic fortresses and a perched old hermitage. The Flam Railway ranks as one the steepest trains in the world, with a slope of 5.5 percent that reaches a height of 2,841 feet (866 meters) in just 12.5 miles (20 kilometers). Travelers can ride the route in either direction, from Norwegian the towns of Flam or Myrdal. This line runs all-year-round but during winter, visitors will get to see the sparkling fjords, snow-dusted mountain peaks, and the Kjosfossen waterfall. In spring or summer, take advantage of other activities along the route like hiking trails and other outdoor activities. The round-trip journey takes about two hours. This train ride is the peak of nostalgia for avid Harry Potter fans. The Jacobite Steam Train will give you a glimpse of stunning locations from the Harry Potter movies, specifically the Glenfinnan Viaduct curve that is known as the route to Hogwarts and Harry’s magical world. The two-hour trip that departs from Glasgow will pass the entire length of several well-known lochs and glens or narrow valleys in Scotland. Travelers will also see the towering Munros or mountains that are over 3,000 feet (914.4 meters), which are known as Black Mount. This 84-kilometers (135 miles) train ride traverses Fort William in the West Highlands and Mallaig on Scotland’s west coast. This trip is also good to do on a rainy day but it’s best to experience it when the weather is good.

There are lots of information and guides available on how to make the most of the European expedition via train travel. Train stations are located in the town or city centers, there are no luggage limits or luggage fees, and unlike airports, there are no long check-in lines, plus, you can have the pleasure of extending your travel time. 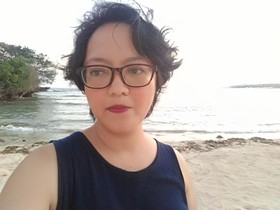 Maui Hermitanio is a Manila-based content writer. She is most interested in writing about international cuisines, popular food stops, and destinations with beaches and outdoor sceneries. She has...Read more
Want to contribute as a Local Expert?
Register Here
Hotels
Lowest Price Guarantee