“Boy, I’d really love a trip to P-..” “Paris, right?” Even before the all-too-familiar name leaves your lips, Paris comes to the forefront of one’s assumption — and for good reason, too. The “City of Art” is probably one of the most iconic and sought-after destinations in the world, and one suspects that its reputation extends beyond art, but the romanticism that stems from it. After all, one cannot imagine Paris without Le Tour Eiffel, or the thousands of locks strung on bridges across the Seine. That said, for every fortunate person who gets to travel to Paris is another who does not, and what better way to keep the latter’s dreams going than with authentic souvenirs that bring with them little fragments of Paris? Check out some of our ideas below. Paris is associated with many things, but none more so than Le Tour Eiffel itself, the most-frequented paid monument in the world, having seen more than 250 million visitors since its completion in 1889. Obviously, the tower stays where it is, but with miniature versions of itself, you can now technically take the tower home with you. These beautiful replicas are often smelted and carved with the same passion and meticulousness as its 324m (1,063ft) counterpart, and could make good tabletop pieces. Personally, I might have mispronounced macarons as “macaroons”, but that notwithstanding, it does not take away the general consensus that these meringue-based confections make for incredible treats. Not only do they taste good, the look the part, too. Macaron-makers have been increasingly creative with their end product, from colours, to flavours, and even the plating, should you find yourself dining in at one of the many macaron shops littered along the streets of Paris. It goes without saying that they will also make ideal souvenirs. Source: Photo by user Lisa Dusseault used under CC BY 2.0

Although berets have become synonymous with military units around the world since the early 20th century, their origins stretch as far back as the Bronze Age, where they were a popular fashion statement amongst nobility and artists across Europe. Today, however, berets are still worn by French civilians — the image of a “typical Frenchman”, for instance, is not complete without a black beret on his head. And, having been commercialised since the 19th century, you too can get in on the act and dress like a typical Frenchman, or, perhaps a typical French-mimicking tourist. Former French President Charles de Gaulle once famously quipped, “How can you govern a country which has 246 varieties of cheese?” With an estimated 350–450 distinct types of cheese, France is one of the largest producers of cheese in the world. So diverse are the various types that eight categories are needed to accurately group them. What this also means, is that you will be spoilt for choice if you plan on taking some cheese back home with you, with names you probably have never heard of in your entire life, such as Crottin de Chavignol, or Rocamadour. There are dozens of cheese shops around Paris today, each stockpiled to the ceiling with different variants of cheese. Take your time to peruse their spread, you will need it. Who knew that something as off-putting as a fungi could complement food so well that they have even earned the moniker, “the diamond of the kitchen”. To understand why truffles are so highly prized in France, one would have to look to local truffle harvesters, or trufficulteurs. It is no mean feat, as truffle can take up to ten years before they are ready to be harvested. Certain species of truffles only grow on specific types of trees, and even then, they sometimes refuse to grow. These trufficulteurs also rely on trained pigs or dogs to identify the best ones out of an oft-limited yield. Fortunately, you will not need a large volume of truffle in your dishes, as just a pinch of truffle shavings can add a great amount of flavour. Check out products like truffle oil (with real truffle, not truffle-flavoured), which you can easily use to cook your next bowl of pasta, and many other dishes. The French take great pride in their works of literature, and rightly so. In fact, France tops the list of Nobel Prizes in literature, which is probably all there needs to be said about its accomplishments in the industry. Titles like “The Three Musketeers”, “The Count of Monte Cristo”, and “Notre Dame de Paris” are just a few examples of French literature that continue to define our very own reading journeys. As many of these books were written in the 18th–19th centuries, getting original or older prints would probably add a degree of authenticity to your reading experience. This is where bouquinistes come in handy — booksellers of used and antiquarian prints that can typically be found along the Seine. Check them out, and you might just return home with an original print of a classic piece of French literature.

7. A painting from Place du Tertre Place du Tertre is perhaps one of the most iconic landmarks in Paris. Situated near the summit of Paris’ elevated Montmartre quarter, it is a cobbled square surrounded by lovely cafes under low-rise buildings, and, it is also occupied by a plethora of artists during the day, sitting mostly in the open working on their latest pieces. Walking around, you will probably even see a few people, mostly tourists, sitting beside artists getting paintings of their faces done, and since France is the art capital of the world, why not do the same and take home a slightly narcissistic painting of yourself immortalised on a canvas, or just a painting of something else; a wide range of genres can be found. Source: Photo by user Olga Khomitsevich used under CC BY 2.0

The conundrum that artisan soaps pose is that one might not be willing to use them due to their sheer beauty and sometimes, historical depth. Such is the case with French soaps — meticulously crafted by local craftsmen with techniques passed down over generations stretching back to the 6th-century, using only pure olive and palm oils, as well as fragrances unique to French countrysides. How wonderful would it be, however, to be reminded of your time in Paris each time you take a shower back home? Source: Photo by user Tim Pierce used under CC BY 2.0

The thought of spending an entire trip in Paris without eating a baguette is inconceivable, like going to Germany for instance and not trying a German sausage. Regardless, apart from Le Tour Eiffel, the baguette is probably the next most associated French icon, and even if you are not a fan of the actual product, there is perhaps no better way to rub the fact that you have been to Paris in the faces of your envious peers by flaunting accessories with what is arguably France’s national staple etched into their design. Source: Photo by user Paolo Trabattoni used under CC BY 2.0

With such a wide range of produce grown in France’s vast countrysides, it is unsurprising that many products, from soaps to jams, are made locally, which is often the clincher for anyone looking for a souvenir to take back with them. Many of the shops in Paris that sell jams are family-owned businesses, and you can bet your bottom dollar that they take immense pride in creating the best jams that they possibly can. Most of these stores can be found along rue des Martyrs, Paris’ sweet street that is also home to some of the city’s best patisseries.

Paris has, over the years, endeared itself into the hearts of its visitors, and it is easy to see why it holds such good memories for anyone fortunate enough to set foot on its romantic streets. With these souvenirs, you can now hold a fragment of that essence close to you, from Paris, with love. 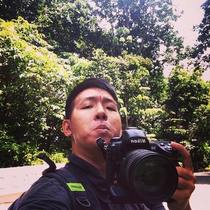 Benjamin's goal in life is pretty simplistic — traverse the world, collect stories, and write about them.
Want to contribute as a Local Expert?
Register Here
Hotels
Lowest Price Guarantee