Things To Do In Bratislava: Discover Slovakia's Capital

The city now known as Bratislava has had many different names, reflecting its varied and multifaceted history. The city suffered greatly during WWII and the Soviet Era, and the effects of this can still be seen in some parts. Being a Communist country for so long naturally affected the capital and many buildings were simply left or neglected during this time, it is only in recent years that they have been restored, and because of this there has never been a better time to visit this fascinating city. Here is a guide to the best budget options to keep you occupied during your visit. The stunning Bratislava Castle is one of the most popular sights in the city, and is located on a hilltop with some amazing views to the city down below. Make sure to bring your camera as you’ll want to snap some pictures of the white building with its four iconic towers. It really does look like something straight out of a fairy-tale, and is visible for miles around. The castle has a pretty interesting history too as it was destroyed by a fire in the 19th century, and then left alone until the 1960s. This huge towering Memorial is located a little out of the main centre, but it’s worth taking the bus to go and see it. This memorial and cemetery are dedicated to the Soviet soldiers who liberated the city from the Nazis during WW2. There are six mass graves here which make up the memorial, and it’s a sombre site.

Walk up the stairs and you will also see a nice view of the city from this high viewpoint.

3. Wander through the ruins of a medieval castle This castle is a short bus ride out of the city. It’s an old crumbling castle perched high on a cliff face looking out along the banks of the river Danube. Ticket costs the equivalent of less than 2 USD (2 EUR) to enter, and the remains serve as a museum with various different exhibitions. Spending the day in the surrounding area is also a great option, especially if the weather is nicer because there are many hikes around.

All you need apartment for modern travelers

4. Be impressed by the UFO Bridge One of the few pieces of strikingly modern architecture in the city, it definitely stands out from its surroundings and cannot be missed. This bridge crosses over the Danube River and is a really spectacular piece of architecture. Once you see it you’ll realise why it is called the UFO Bridge by many, because of the flying saucer shaped structure at the top, which is also home to the award winning restaurant.

If the thought of heights doesn’t make you queasy then you could also go up into the Observation Deck. The bridge has a pretty interesting history, and many people don’t realise that there used to be another bridge here which got blown up by the Nazis, and to make way for the construction in the 1970s a huge portion of the city’s Old Town was destroyed. As one of the oldest churches in the city, it is definitely worth a visit. The simple Gothic architecture of this large church is impressive, and it distinguishes itself wonderfully from its surroundings. It is one of the iconic features of Bratislava’s skyline, and you certainly won’t regret getting up close to it.

6. Be in awe of the pink Primate's Palace This pale pink building is truly an impressive piece of classical architecture. It can be found in the city’s Old Town, and seeing the exterior costs nothing, but if you wish to enter a ticket only costs less than 4 USD (4 EUR), so this option is great for those on a budget. With this ticket you will be able to walk through the decadent Hall of Mirrors, and see the impressive paintings lining the walls.

7. Step back in time at St. Michael's Gate

This is the old city gate which would have been part of the original fortification of the city, complete with tower. It has been well preserved and has its origins in the 14th century. It is the last city gate which is still standing in Bratislava, and used to be one of the main entrances to the city, so definitely a must see for those interested in history. There is also the tower, which offers great views over the Old Town, and is worth the climb up.

8. Hang out by the Roland Fountain When exploring the Old Town be sure to stop by the most famous fountain in Bratislava, the Roland Fountain. It was originally constructed in the 16th century, but it has been reconstructed and modified many times since, so how it looks now is probably completely different to the original. It is extremely easy to find because many locals love to use it as a meeting point, so just look for the fountain with people crowded around it. Be sure to bring your camera because it makes the perfect backdrop for photographs.

It is no wonder that Bratislava is becoming more popular with visitors heading to Eastern Europe. It is a city with a fascinating (and sometimes tragic) history, which is extremely accessible to visitors through low prices, and many free options, too. Hopefully this has convinced you that if you are looking for a great budget destination, Slovakia’s capital city, Bratislava, should be high on your list! 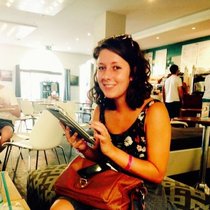 A Brit who has currently stopped travelling for long enough to set up base in Berlin. Loves visiting new places and admits to making most of her travel decisions based on food.
Want to contribute as a Local Expert?
Register Here
Hotels
Lowest Price Guarantee