9 Interesting Things To Do While In Fano, Italy

Rome, Venice, Tuscany and Sicily are just some of the favorites destinations in Italy. But have you heard of Fano, another unique place in Italy? It is a beach resort and town, located about 12 kilometers (7.5 miles) south east of Pesaro. It is the third largest town in the Marche region and there are various attractions you can see, do and experience while you are here. The Arch of Augustus and Statua della Fortuna are some of the main point of interests. Read on to learn about the best things to do in Fano, Italy! The Arco di Augusto, a splendid white Roman triumph arch, provides a fitting gateway to the town. It was completed under the orders of Roman Emperor Augustus as part of his ambitious project to modernize one of the Empire’s most important strategic highways. The arch was originally flanked by two circular towers, of which only one survives. If you visited this attraction during the night, it is a sight to behold. A vacation is not complete without a visit to the beach. Here at Fano, there are many beaches to choose from. One of the most popular ones is Bagni Azzurra. The beach is ideal for outdoor activities, sports as well as watching the sunset. Therefore, take your entire family to this beautiful beach and spend time together during the summer holidays. There is plenty of space for everyone on this beach, so feel free to take a stroll, play volleyball or take your kids to the playground.

After a long day at the beach, you can take a break at the bars and restaurants nearby. They serve delicious food and beverages too. Before you leave Bagni Azzurra, do not miss the sunset in the evening. It is definitely worth taking pictures and admiring the sunset at the same time.

This is a classic palace you need to see and visit in Fano. It formerly belonged to the families of the Count of Montevecchio. Palazzo Montevecchio was never completed ever since the building was erected in 1740. While you are here take a look at its large scenic staircase full of marble statues, niches, pillars and columns. It is a truly a sight to behold.

Besides, you should not miss the large columned lobby in the former palace. The lobby opens on the backdrop of a nymph with two majestic backrests overlooking the smaller sides, which conclude and integrate the Central courtyard area. If you are near the entrance of the palace you will also see the Historical Garden of Piazzale Leopardi. This place is perfect for history buffs.

Privat Chalet in front of the sea

Roof on the sea! Italy is not just famous for its pizza and pasta. If you walk around Fano, you will come across many shops and cafes selling gelato. In other countries, it is known as ice-cream. One of the recommended shop is Gelateria Artigianale Maki. You can easily recognize the shop from its signage and you will not have a problem finding it.

While you are in the shop, you will get to see various gelato with different flavors and colors. Kids will definitely feel excited and want to try them all. You can choose from the chocolate orange or avocado flavors, as they are some of the popular ones. The gelato is served in a small funky cup and you can either take away or just enjoy them on the spot. There is one unique fountain located at the center of Piazza XX Settembre Square. The fountain was built by a Venetian, Ludovico Torresini between 1697 to 1699. You will notice there is a central cup as well as lions on the bottom level of the fountain. Besides, its other distinctive feature is its basin with colored marbles. Did you know that this fountain is also called the Fountain of Fortune? Maybe it is because it brings luck to the locals.

You will feel intrigued by the statue on the upper part of the fountain. It is actually the bronze statue of Dea Fortuna. It was molded by Donnino Ambrosius in 1593 and its purpose is to embellish the primitive octagonal basin of the old fountain made in 1576. Fontana della Fortuna is considered a civic symbol of Fano and that is why it is an iconic landmark to the locals as well as tourists. If you are here at night, its surrounding area is very beautiful. There are various altars in the church and some of the prominent ones are the fourth and third altars. On the fourth altar, you will see an oil painting on the table drawn by Pietro Perugino between 1488 and 1490. The painting is called “The Annunciation of Fano”. Another painting can be seen on the third altar. It was also drawn by Pietro Perugino in 1497. If you walk around the church you will come across a Mascioni opus 776 cane organ on both sides of the main altar. It was built in 1959 and you need to have a closer look at it. If you want to learn more history about Fano and see its various ancient exhibits, this museum is the best place to do so. Civic Museum and Pinacoteca is located in the Malatestian Palace, where you can have a closer look at various statues as well as art work. The palace was constructed in the first half of the fifteenth century. In total there are sixteen sections in the palace and you can take the whole day just by touring the museum.

Be it exhibits, artworks, documents etc, everything is arranged in chronological periods. You will get to see some prehistoric finds of Fano in this museum. Besides that, you will get to learn history of the Roman period of Fanum Fortunae as well as view and admire the precious collection of Roman, local, Bolognese, and Venetian paintings and contemporary art of the XV, XVI and XVII centuries. If you plan to come here, take note that the archaeological section is temporarily closed for some works. If you love history, then this attraction is the perfect place for you. Mura Augustee or also known as the Walls of Fano is another point of interest. The walls were first constructed by the Romans and later on expanded by Malatesta. The first wall was built by the famous Emperor Augusto in the great foundation of Colonia Julia Fanestris. Sandstone rocks were used to make the curtain wall. Besides that, internal filing of machining scales and mortar were also used to make the wall. Did you know that there is a smaller gateway to the city called “Gate of the Mandria”?

Malatesta ruled the city starting from 1357, but only started to expand the walls in the 1940s. During that time, Sigismondo Pandolfo and the Malatesta begin to expand the walls. A new wall arm was constructed by them in front of the ancient Roman walls. While you are in Fano, Piazza XX Settembre is a place you should visit. It is an ancient medieval plateau of the lower Middle Ages and is also rich in history. You will notice there are many commercial shops within the vicinity of the square. If you come to this square on Saturday, you will get the chance to visit the market. The entire square will become a busy and crowded marketplace. Apart from that, Piazza XX Settembre is also a hotspot for various civil ceremonies.

Time to experience the town’s historic square, panoramic views and its surroundings. Remember to bring your camera along so that you can share your photos with your friends and family members.

Cultural and historical heritage all at one place

The town of Fano is a tourist destination for those looking for first rate cultural, historical and environmental heritage. Fano offers visitors, tourists and locals the chance to enjoy the sea as well as the delightful rolling inland countryside. If you have not visited Fano, you should list it down in your notebook and book a trip to this charming town for your next holiday destination. 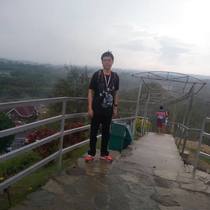 I was born and raised in a small town called Muar, Johor in Malaysia. After my parents got married, I moved to Kuala Lumpur and currently residing in Selayang, Selangor. My favourite pastime...Read more
Want to contribute as a Local Expert?
Register Here
Hotels
Lowest Price Guarantee

Explore Fano
Good things are meant to be shared!