10 Best Things To Do In Medina, Saudi Arabia

Medina in Saudi Arabia is a radiant city that is probably best-known for Al-Masjid al-Nabawi, the Prophet’s mosque. However, it is a multi-dimensional city with a population of around 1.1 million and many things to do. Known as the migration land of Prophet Muhammad - peace be upon him - Medina is a destination of pilgrims from all around the world. With millions of people visiting the city every year, Medina is a generous host to its visitors with many activities to offer and many landmarks to visit. So, if you are going to Medina soon, here is our recommendation for the best things to do in Medina, Saudi Arabia.

1. Step back in time at Assalam Museum Located west of the Prophet’s Mosque, Assalam Museum is physical documentation of the migration more than 1400 years ago and all that happened next. It is a cultural venue that showcases the great endeavors behind choosing al-Medina as the beacon of Islam. It is constructed over 17,400 square meters (187,292 square feet) with 10 different halls each displaying a unique side of the story. Assalam Museum documents everything from the different constructional phases and maintenance of the Prophet’s Mosque to the reasons for choosing Medina as the lands for spreading Islam. Get to know the message of peace beheld by Islam and behold very old unique writings of the Quran on pieces of rocks. Visit back in time to the beginning of the journey.

Address: West side to Bab al-Salam of the Prophet’s Mosque, Saudi Arabia. Al Masjid an Nabawi is the second holy mosque for Muslims after the Meccan Mosque and the first construction built by Prophet Muhammad. It is a destination for Muslims from all around the world. The Prophet’s mosque stood as the community center and Islamic school for Muslims during the time of the Prophet and the Rightly Guided Caliphs after him. It was the first declaration of the Islamic state on the lands of Medina. The Mosque was first a very simple construction standing solely on trunks of palm trees and covered by palm leaf plaits. It, now, has the capacity to welcome around two million pilgrims under its holy roof. The Prophet’s houses used to overlook the Masjid, yet, now, after the expansion, these have all become part of the Mosque. The Masjid has the tomb of Prophet Muhammad and that of his two most beloved companions, Abu Bakr al-Siddiq and Umar ibn el-Khattab. It is believed that the area between the tomb and the pulpit of the Prophet is part of Paradise. 4. Check out Cave of Bani Haram, the icon of The Battle of The Trench Located at the North West of the Prophet’s Mosque is Cave of Bani Haram, an important icon of The Battle of The Trench, a heated battle between the Muslims on one hand and the Quraysh and many of the Arab tribes on the other hand. It was a tough battle in which the Muslims were outnumbered and betrayed, yet, were victorious. It was in the cave of Bani Haram that the Prophet used to spend many nights during the battle. This cave is also said to be the same cave in which the Prophet prostrated when he received a message from Allah. That is why it is also known as the Cave of Prostration. The cave stands on the clan of Bani Haram tribe and it was said that the companion Jabir ibn Abdullah lived there. The Seven Mosques is a complex including seven mosques of historical significance to Muslims. Here you’ll find Al-Fath Mosque, the largest of the seven mosques and the mosque where the Prophet prayed for victory in the battle of the trench and was answered; the Mosque of Salman al-Farisi, Named after Salman al-Farisi, a companion of the Prophet who left his people who worshiped fire and joined the Prophet in Mecca. Salman was also the one who suggested building a trench to conquer Quraysh as a trench was not known to Arabs at that time; the Mosque of Abu Bakir al-Siddiq, named after the Prophet’s companion Abu Bakir. Then, there are the three mosques which were later on merged as one: the Mosque of Umar ibn al-Khattab, which corresponds to al-Fath Mosque; the Mosque of Sa'ad bin Ma'az, named after one of the nobles of al-Ansar and a companion of the Prophet; and the Mosque of Ali ibn abi Talib, named after the Prophet’s cousin and son-in-law and the fourth of the Rightly Guided Caliphs. It was narrated that it is the spot from which Ali joined the battle of the trench. There is also the Mosque of Fatimah Az-Zahra, built later by the Ottomans Known to be one of the wealthiest companions of the Prophet, Uthman ibn Affan bought this well in response to the Prophet’s promise of paradise to he who would buy this well and give it away to the residents of Medina as it was a time of drought. Yet, the most amazing thing about this well is that it still springs until today. For more than 1400 years, the well has kept its water. As a result, the well is now surrounded by many palm trees and a large farm. This well is known as the well of Roma.

7. Head to Bani Waqif Fort to reminisce the past

Located South of Quba’ Mosque is Bani Waqif Fort, another historic landmark of the Muslim reign. It sits where the tribes of Bani Aus once lived. It was said that this tribe gave much assistance to the Prophet during his immigration. The Prophet prayed in Bani Waqif Fort. It is set in a farm and was renovated during the Ottoman period. However, the fort was left neglected and is not as it once used to be. The well of Salman al Farsi, was a garden owned by a Jewish lady and Salman was working for her as a slave, then the Prophet came and made a deal with the lady to free Salman if he grew a certain number of palm trees for her. The Prophet planted the palm trees for Salman and they all grew from their first year. The well is also called the well of the poor.

9. Go on a virtual tour of the biography of Prophet Muhammad at Medina Museum Located at King AbdulAziz Street, Knowledge Economic City in Medina, Medina Museum is a showcase of the constructional, civilizational, and cultural heritage of Medina encompassing the different aspects of old Islamic life. The Museum has a section dedicated to the biography of the Prophet from the time of his immigration until the time he died, including the path of his immigration, the locations of the different battles, his wives, his mosque, and many more. Al Baqi’ is a place of special significance to Muslims. It is a burial place where most of the companions and Muslim legacies were buried. Muslims believe that Al-Baqi’ is part of paradise. It is located south of the Prophet’s mosque and was visited by the Prophet daily during his lifetime. The Prophet’s son Ibrahim, his daughter Fatima, most of his wives, his uncle, and many of his companions were buried there. Enfortunately, Saudi authorities don’t allow women to Al-Baqi’ so only men can visit.

Address: South of the Prophet’s Mosque

Medina, the city of Islamic civilization

Visiting the holy land of Medina could be a once-in-a-lifetime trip for many and it should be planned as such. Medina is rich with its icons of significance from early Muslim times. Accordingly, authorities exert a lot of effort into preserving such heritage. Whether through its museums, forts, or other landmarks, Medina is blessed with a rich past you would be privileged to witness. 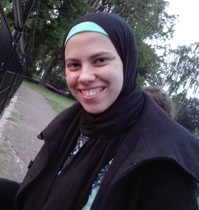 Shaimaa is a computer engineer with eleven years of management experience in different sectors. She was the co-founder of a youth development activity that designed experiential learning camps all...Read more
Want to contribute as a Local Expert?
Register Here
Hotels
Lowest Price Guarantee