Mention the words ‘Italian food’ and many images of pasta and pizza usually come to mind. Indeed, these two staples are generally associated with Italy and her many regions. As such, it is quite a common sight to see a majority of visitors eating them in popular touristy areas in Venice. While there is absolutely nothing wrong with this, there are other delicacies that the locals enjoy eating. In fact, most authentic Venetian dishes heavily consist of fish and vegetables. This is due to its unique geographical lagoon location and its close proximity to the islands of Sant’Erasmo. If you are planning to take a trip to Venice, we strongly recommend you to try some of the traditional food in Venice, Italy. Without further ado, take a look at our food guide below.


A classic and iconic Venetian dish, Baccala Mantecato is dried Atlantic cod that is soaked, poached and whipped until it becomes mousse-like with a light and fluffy texture. It is then usually spread on a slice of baguette or grilled polenta and drunk with a glass of wine or a sparkling cocktail. The ‘Baccala’, or salted cod, is soaked in fresh water for long periods of time to become tender and palatable before use. The locals call this dish 'an obligatory taste of Venice’.


A literal translation of Polenta e Schie would come out as ‘cornmeal with gray shrimps’. Once regarded as a poor man’s dish, Polenta e Schie is now a refined Venetian appetizer served in most restaurants. It is visually pleasing as well - the smooth, yellow and porridge-like texture of the polenta contrasts well with the fried or boiled schie. The best part of this dish is that it can be served in many different ways, so try them all if you can, and see which version you prefer.


Sarde in Saor literally means sweet and sour sardines. It is a popular small snack dish in Venice and is best eaten when it is prepared a day before. The sardines are usually lightly dusted in flour and then deep fried until they are golden and crispy. A combination of sauteed sliced onions, raisins, pine nuts and white wine vinegar is prepared and then used to marinate the sardines for at least 24 hours. Imagine the taste of the sea that is balanced out by the sweetness of the raisins and ‘nuttiness’ of the pine nuts. Yum!


Bigoli is a long and thick pasta that originated from the Veneto region where Venice is located. Although it looks very similar to the standard spaghetti pasta that we see today, it is much larger and has a coarser texture. Bigoli can be used in many pasta dishes, but it was traditionally eaten with duck or sausage ragu (meat-based sauce) as well as anchovies (salted sardines).


I’m pretty sure that most readers know what tiramisu is! This timeless Italian coffee-based cake dessert has many variations and is also one of the easiest desserts to make at home. While there are endless debates on where tiramisu originated from, in Italy, most believe that it might have come from a small town in the vicinity of Venice. Many cafes and restaurants in La Serenissima serve differently flavored tiramisus, so forget about the calories and indulge yourself!


Carpaccio, a staple in Italian restaurants around the world, is thinly sliced or pounded thin raw meat appetizer that is usually served with a slice of lemon, cheese, olives or rocket leaves. Here is a bit of history trivia: the dish was actually invented around 1950 by Giuseppe Cipriani, the owner of a famous restaurant called Harry’s Bar in Venice. He had served it to the Countess Amalia Nani Mocenigo, who had been under doctor’s orders to avoid cooked meats. It was later named after Vittore Carpaccio, a Venetian Renaissance painter known for his trademark red and white tones in his works.


Frittelle are traditional soft and fluffy Venetian doughnuts that were served only during the Christian festival of Carnival in Venice. Only rich customers could afford it then. Thanks to its popularity, this sweet dessert was declared as the ‘national dessert of the Venetian state’ in the 18th century. Since then, frittelle can be bought at the local confectionery or be made at the comfort of one’s home. Frittelle comes in many variations, such as baked fritelle, cream fritelle or egg fritelle to name a few. The original frittelle alla veneziane, though, does not have additional ingredients that alter its original flavor. We hope you have fun finding the frittelle of your choice.

Since the 12th century, risotto has long dominated the Venetian cooking scene. It’s hard not to see why. Similar to pasta, risotto comes in many variations and flavors. What distinguishes it from other rice dishes is, in fact, the type of rice used in risotto. Commonly known as arborio rice, they are short, fat and rounded rice grains that are very starchy. This allows the rice to absorb the cooking broth properly and yet remain soft and creamy. In Venice, risotto is almost served as a rice soup. Its consistency is referred to as ‘all’onda’, and is quite different from the popular version found in other parts of Italy.


This donut-shaped yellow cookie originated from the island of Burano, a fishing town near Venice. Made from natural ingredients such as eggs, flour, sugar and butter, this healthy snack has long durability. It is said that these cookies were painstakingly made and given to fishermen as nourishment while they were out at sea for long periods of time. Buranelli are crunchy and not too sweet either, making them the perfect companion to a refreshing cup of coffee or cappuccino.


Risi e Bisi, a most celebrated Venetian risotto that consists of rice and peas, is an unusual dish that can be considered half risotto and half soup. It is usually a first course and is more commonly eaten in winter and in spring. Other ingredients like pancetta, parsley, parmesan and onions, are used in this dish and it comes together via a particular preparation method. If you have the chance, give this traditional dish a try.

A taste of Venice 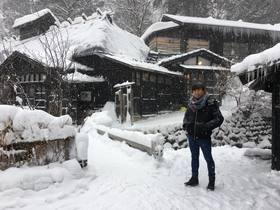 Hi all, this is Julian from Singapore. I take the chance to travel whenever there's an opportunity to do so. I've been fortunate to have traveled far and wide to many countries around the world...Read more
Have a question? Ask fellow travellers and travel experts here.
Want to contribute as a Local Expert?
Register Here
Hotels
Lowest Price Guarantee

Explore Venice
Good things are meant to be shared!