Why Is Visiting Bern, Switzerland A Must? Find Out Here!

Recently, Bern has been attracting an increasing number of tourists because of its charm. Though not as big as Zurich and Geneva, the two cosmopolitan cities in Switzerland, Bern offers a lot to its visitors. In fact, Bern is a UNESCO World Heritage Site due to its well-preserved old town and long arcades. What is it about Bern that makes you fall in love the moment you arrive? Check out the best things to do in Bern!

If you see the flag of Bern, you’ll notice that the main subject in the flag is a bear. However, it is not just a bear, it is the iconic Bernese bear. That is why when you are in Bern, you have to go to the Bear Pit (Bärengraben). Bear Pit is very spacious and you will be able to see fierce bears playing and roaming the park as they wish because the park is dedicated to them.

This stunning Gothic cathedral was built in the 15th century, and its spire still holds the record as the tallest in Switzerland. To admire the spectacular view of Bern, the Alps, and the Aare, you should climb the 254 steps to the very top. Though it may be a tiring climb, you will not regret it because the impressive views are worth your effort. A tour of the cathedral is available daily at certain operating times.

3. Take a stroll in the Rose Garden

For those looking for a relaxing and beautiful break, stop and smell the roses in Bern’s Rose Garden. This Rose Garden is home to 100s of rose, iris, and rhododendron varieties, so visitors who love flowers will certainly enjoy their time here. The Rose Garden opened in 1913 and provides stunning views of the old town. An interesting fact about the garden is that it used to be a cemetery. If you want to refresh your mind and relax, the rose garden, which is situated on Alter Aargauerstalden 31B, 3006 Bern, is definitely the best place for you.

4. Observe the medieval character of the old town

Sometimes the Swiss refer to Bern by its other names: the Old City, the Old Town, or Altstadt. The construction of the Old City began in the 12th century, and the layout has remained entirely the same. When you are in Bern, you will be able to observe its medieval character, which what makes Bern, Bern. The city is surrounded by the River Aare, which is famous for its clear, turquoise water. Other than the River Aare, you will also get the chance to see plenty of pretty bridges crossing the river.

Zytglogge is Bern’s oldest clock and is considered a structure of national and historic significance. It was first built in the 1200s but was initially used as a guard tower as well as a women’s prison, and the original structure was very different. In 1405, the tower burnt down but was rebuilt, although reconstruction was not 100% completed until 1983. Though remaining incomplete, a magnificent Baroque clock was added in the early 15th century.

6. Cool off in the River Aare

If you visit Bern in the summer, then there is one fun activity you must not miss — cooling off in the River Aare. Summer in Switzerland can sometimes get hot, so the best thing to do is to cool down in its refreshing water. There are outdoor baths at Marzili, which is the best starting point, as well as pools such as diving pools, lane pools, and paddling pools. Feel the flow of the water of the River Aare on your body. Other than for refreshing yourself, it is a great idea to blend with the locals and make some new friends.

7. See the historical collection at Kunstmuseum

You should spare some time to visit the Kunstmuseum in Bern as it is the oldest museum in Switzerland. There is a collection of over 4,000 paintings at the Kunstmuseum, which is also known as the Museum of Fine Arts. Apart from the 4,000 paintings, there are about 50,000 drawings, photos, films, and prints displayed in the museum. Some important artworks displayed in the museum include Pablo Picasso’s “The Sleepy Drinker,” “Vincent Van Gogh’s Head of A Peasant Woman with White Cap” and “Still Life with Two Sunflowers,” and Paul Gaugin’s “When Will You Marry?” After observing the artworks, you can unwind for a while at the museum’s cafe.

8. Admire the famous paintings of Paul Klee, a German-Swiss painter

You may be wondering who Paul Klee is and why you should see his paintings while in Bern. Paul Klee was a painter born in 1879 to a Swiss mother and a German father. He was well known for his unique style, which transcended cubism, expressionism, abstract art, and surrealism. His works combine different mediums to produce superb pieces. The Paul Klee Center displays some of his most famous works including “Tod und Feuer” (Death and Fire) and “Dame mit Sonnenschirm” (Woman with Parasol).

Yes, it’s true that Einstein spent about two years living in Bern. The apartment where Einstein lived from 1903 to 1905 is now called the Einstein-Haus, and it is located near the clock tower, Zytglogge. While Einstein lived in Bern, he produced the Annus Mirabilis, a piece of writing that contributed significantly to the world of modern physics. If you are a huge fan of Einstein, then Einstein-Haus, located on the 2nd floor, should be on the top of your must-visit attractions in Bern.

Bern is going to take your breath away!

Bern is a beautiful and tranquil city has a lot to offer its visitors. Due to its incredibly long history and marvelous old town it has been recognized as a UNESCO World Heritage Site.

The best way to get to Bern is by taking a direct flight. If you plan on visiting other cities in Switzerland, you can also reach Bern via train from Zurich. You don’t need to worry about finding a perfect accommodation for your stay in Bern as you can choose from plenty of great accommodations. 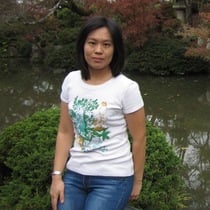 Tenissa is a content writer, translator and editor. She enjoys being a globetrotter and has traveled to many countries around the world. So far, her favourite destination is Switzerland. She looks...Read more
Want to contribute as a Local Expert?
Register Here
Hotels
Lowest Price Guarantee

Explore Bern (canton)
Good things are meant to be shared!