Andhra Pradesh is a state located in the southern part of India and is blessed with beautiful wildlife sanctuaries and rich biodiversity. The state is also home to different types of wildlife in India, ranging from deer to elephants, panthers, jungle cats, and more. We have handpicked some of the finest national parks in this South Indian state to pay a tribute to the region’s phenomenal biodiversity. The state boasts a diverse set of flora and fauna in these sanctuaries, along with lush greenery and exotic scenery to marvel at. So, check out our list of the best wildlife sanctuaries in Andhra Pradesh, India, if you are a wildlife enthusiast and are planning to visit the state soon. 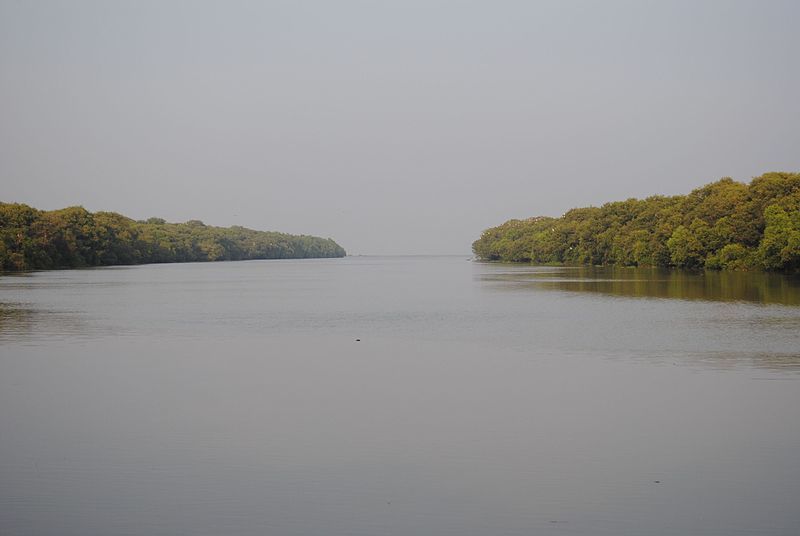 Coringa Wildlife Sanctuary is about 22 km (13.67 mi) from the famous Kakinada Beach in Andhra Pradesh. The sanctuary houses approximately 35 different species of mangrove trees and hundreds of species of birds and animals. It has created a niche for itself, for housing the endangered long-billed vulture and white-backed vulture. You can also spot here seagull, sea turtle, crocodile, heron, and stork, among others. Coringa Wildlife Sanctuary is a preferred attraction for eco-tourists from different parts of the country. As it also happens to be an estuary, visitors can enjoy a fabulous view of the meeting point of the sea and the river. Also, they can go for a boat ride to see the second-biggest mangrove forest in India. October to May is the best time to visit Coringa Wildlife Sanctuary.

Situated in Andhra Pradesh’s Papi Hills, Papikonda National Park is a major national park of the state. An important biodiversity region, the park features some endangered and rare species of flora and animals. It also has the distinction of being one of South India’s most famous tiger reserves and houses the Royal Bengal Tigers. This national park gets its main source of water from River Godavari. While water buffaloes can be rarely spotted these days, visitors can see a variety of other wild animals, such as gaur, tiger, sambar, cheetal, chowsingha, black buck, barking deer, mouse deer, wild dog, sloth bear etc. The best time to visit Papikonda National Park is from October to May. Kambalakonda Wildlife Sanctuary is situated in proximity to the city of Vishakhapatnam in Andhra Pradesh. It is a large forest reserve, and is known for its rich varieties of flora and fauna. It also features several rare species of animals that require special protection. Some such animals are the Indian leopard, Madras treeshrew, Indian pangolin, and Russel’s viper, a rare kind of snake. Visitors can also come across several uncommon birds in this sanctuary, including Indian peafowl, Indian Golden oriole, and Banded bay cuckoo. The best months to visit Kambalakonda Wildlife Sanctuary is between the months of August and January. In case you are a wildlife enthusiast and wish to visit a sanctuary in the state of Andhra Pradesh, Kaundinya Wildlife Sanctuary can be an excellent choice. Situated close to a city called Chittor, the sanctuary is a popular tourist attraction of the state for its Asian elephants that are residing in this park for many decades now and are said to have come here from the neighboring states. It was set up in 1990 and is the sole sanctuary in the state with a sizeable number of Asian elephants. However, we recommend you to avoid visiting the sanctuary during the summer. Rather, come here between October and March, as the weather is pleasant then. Rollapadu Wildlife Sanctuary is set in the district of Kurnool in Andhra Pradesh. The sanctuary was set up in 1988 and is known for housing endangered species, such as Lesser Florican and the Great Indian Bustard. This large sanctuary is also home to several animals, reptiles, and birds, ranging from sparrows to blackbucks and from Indian rollers to mynas and bonnets. If you are lucky, you can also spot an Indian cobra and Russell’s viper during your visit. In case you love being in the midst of nature, then Rollapadu Wildlife Sanctuary should be definitely on your bucket list. The sanctuary is ideal to visit in the months of November to February. Source: Photo by user bssasidhar used under CC BY 2.0

Sri Venkateswara National Park boasts a wide variety of fauna, such as blackbuck, jackal, spotted deer, sloth bear, tiger, wild dog, fox, jackal, bison, and Indian giant squirrel, among others. The park also has over 100 different species of birds and is a haven for bird watchers. If you are an outdoor freak, this sanctuary is perfect for you as it has many trails that range between half-day to three days of trekking The park was established in 1989 and is popular among nature lovers with its mesmerizing waterfalls, deep valleys, and magnificent hills. The most suitable time to go to Sri Venkateswara National Park is during the months of August to March.

Krishna Wildlife Sanctuary has one of the rare mangrove forests in the southern state of Andhra Pradesh. The thick mangrove woods are perched on River Krishna’s estuary and is a popular attraction of this sanctuary. Some of the animals one can spot in this sanctuary are otter jackal, fishing cat, Indian roller, hyena, and crocodile. Visitors can occasionally notice blackbuck, sambar, and spotted deer in this wildlife sanctuary. The sanctuary is also home to reptiles such as water snake, cobra, land tortoise, garden lizard, etc. Vijayawada International Airport is the nearest airport from this sanctuary. The sanctuary should be visited during the months of October to February.

Explore Andhra Pradesh
Good things are meant to be shared!