Those planning to escape the city centre of Stockholm for the day are simply spoilt for choice. With a stunning archipelago, fairytale castles and Viking sights literally on your doorstep, you’ve got no reason not to venture out of the capital.

Read on to find out about the best day trips from Stockholm:


The Nordic countries are world-renowned for their Viking lecacy, so why not take the opportunity to learn more about these ancient warriors? Say goodbye to inner city Stockholm and head out on a full day tour to the old Viking sites surrounding the capital. You’ll spot amazing rune stones, while your guide Urban tells you about the life of the Vikings. Gamla Uppsala, with its Viking parliament ruins and burial mounds, is perhaps the main highlight.


Ponder on the meaning of the runestones at Jarlebanke Bridge, Arkils Tingstad, Granby and Sweden’s oldest town, Sigtuna. Take in the beauty of the Swedish countryside as you drive through the scenic Lunda region. Gamla Uppsala is also home to Gamla Cathedral, Sweden’s oldest church, and features a shopping street where you can engage in some retail therapy.

Nothing like a bit of history to spice up your Stockholm trip! Get to know more about some of Sweden’s top Viking sights on this 8 hour tour, which brings you to Jarlabanke’s bridge built by a Viking warrior, a Viking graveyard, as well as the amazing Orkesta rune stone. Before heading back to Stockholm, you will go on a walking tour of the quaint town of Sigtuna. Think cobbled streets and 10th-century sights and you’re not far off. You’ll even be treated to a cup of actual mead!

Sigtuna is Sweden’s oldest town, as its traditional wooden houses from the 18th and 19th century will attest to. You’ll also get to see the ruins of medieval churches, including St. Olaf’s, St. Lawrence’s and St. Peter’s. Sweden’s oldest main street, Stora Gatan, is said to have been built in the 10th century A.D. during the reign of King Erik the Victorious. Today it is home to shops and restaurants. Source: Photo by user Blondinrikard Frö... used under CC BY 2.0

Lake Mälaren, Sweden’s third largest lake, is a must on any Stockholm itinerary - especially if you visit in summer. Whether you’ve got three hours to kill or if you’re planning a full day out, there’s plenty of adventures to choose from. Why not enjoy a short cruise to Drottningholm Palace? And if you’re looking for something a bit more festive you can opt for a taco and drinks cruise departing from Västerås, an hour from Stockholm.

On the lake’s southern shores sits Mariefred, a quaint little storybook town complete with a looming castle. The town of Birka on the island of Björkö was Sweden’s main settlement during the 9th and 10th centuries and was an important Viking trading center. In total contrast, Västerås on the north shore of the lake is a large modern city that has managed to retain much of its Viking and medieval cultures while offering such modern attractions as the Kokpunkten Water Park.


Cruise all the way to Sandhamn in the Stockholm Archipelago and you’ll see many picture perfect islands on the way. There will be a guide on board, meaning you’ll pick up a thing or two about the area’s fascinating history and flora. Once on the picturesque island of Sandhamn, you have a couple of hours to check out the pubs, the pretty streets and the beach. Swedish fika (coffee and pastries) will be served on board and the cruise lasts for about 8 hours.


Sandhamn sits on the island of Sandön, approximately 50km east of Stockholm. It features great beaches such as Skärkarlshamn, Fläskberget and Trouville. The waters around Sandhamn used to teem with fish and today it is still possible to catch bass, pike, herring, whitefish, trout and the occasional flatfish. You can rent a kayak and row through the waters around the island. Or if you prefer to stay dry, explore the pine forests or rent a bicycle and explore the island’s inland attractions. The UNESCO World Heritage Site of Drottningholm Palace makes for a spectacular day trip. This 15th-century palace is the permanent residence of the Swedish royal family, but it’s open to visitors who can even go on guided tours inside. Marvel at the sovereign architecture while trying to picture what life was like at court in the 1600s. The palace boasts a church, a park and a souvenir shop, so you can easily spend at least half a day there.

6. Travel back in time on Birch Island Source: Photo by user Per Ola Wiberg used under CC BY 2.0

Birka at Birch Island (‘Björkö’ in Swedish) is commonly known as Sweden’s first town, which probably gives you a hint as to what to expect from your visit. Located in Lake Mälaren, Birka used to be the main Viking trading town and to this day it’s full of memories from times past. People of all ages will enjoy a day in Birka, where children get to try their hands at archaeology, while there’s also archery and handicraft classes, as well as authentic Viking markets as well.

7. Enjoy a mini break in Grinda


Spoil yourself to some peace and quiet with a visit to the pretty island of Grinda. The fact that Stockholm city actually bought this island with the sole purpose of giving its inhabitants a chance to enjoy a holiday in the archipelago says it all really. Located an hour’s boat ride from central Stockholm, Grinda boasts an award-winning restaurant and accommodation facilities for those wanting to stay longer than a day. Some say it’s the most splendid place in Sweden. Explore the archipelago surrounding Stockholm and it’s likely you’ll agree. If you’ve only got a day, we’d recommend a full day archipelago cruise which stops in one or two islands, or choose one specific island where you spend the day sun-bathing on a cliff. Make sure to look for a guided cruise if you want to learn more about some of the 30,000 islands and islets found here in the archipelago.

9. Bring out your inner royalty at Gripsholm Castle Romance is in the air at Gripsholm Castle in Mariefred, an hour’s drive from Stockholm. Built in the 14th-century, Gripsholm is the epitome of a fairytale palace and makes for a fun day out for all ages. Roam the rococo style gardens with Lake Mälaren as a backdrop before you check out the grand rooms and the 4,500 piece portrait collection. This collection is in fact one of the biggest of its kind in the world. If luck is on your side, you’ll also get to meet a deer.

Stockholm may be the capital of Sweden, but Vaxholm is the undisputed capital of the archipelago. This eye candy of an island has everything you want in a day trip: charming restaurants, idyllic small town atmosphere, independent bakeries and nature at your doorstep. It’s one of the more elegant islands in the archipelago and it’s possible to come here all year round. Don’t miss the guided tours of Vaxholm Kastell, a fortress set out to protect Stockholm from seaside attacks.

With breathtaking islands, old Viking sites and majestic historical buildings so close to the city, you won’t regret going on a day trip from Stockholm. Get inspired to start planning your ultimate Stockholm itinerary. 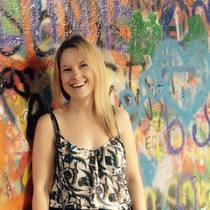 Solrunn loves discovering new corners of the world and writing - preferably at the same time. She currently based in the UK, which is the 5th country she's lived in. If she could travel anywhere......Read more
Want to contribute as a Local Expert?
Register Here
Hotels
Lowest Price Guarantee

Explore Stockholm
Good things are meant to be shared!