A Guide To Exploring Normandy: 8 Best Things To Do In Bayeux, France

There is a charming city located just a few miles from the coast of Normandy that has been a witness to two cross-Channel invasions that forged the history of the Western World forever. A well-preserved medieval centre with 13th to 18th-century buildings and an impressive cathedral makes Bayeux the perfect destinations for those who worship history, and is great for anyone who wishes to be surrounded by a special atmosphere, too.

In a city that is meant to be explored, discover the best activities for an unforgettable trip to the heart of Normandy. With a mix of Norman-Romanesque and Gothic architecture, the Cathédrale Notre Dame has been in Bayeux since 1077, although most of its parts were built in the 13th-century. Time has taken its toll in the exterior of this magnificent triple-nave basilica, but it still is a beautiful structure to see, with well restored interiors and an interesting crypt. Since this stunning building still operates as a church, visits are restricted during services. Make sure to stroll down the medieval streets that surround the cathedral after exploring it and, if you are in Bayeux in the summer months, consider approaching this church at night: from around 10 pm to midnight, it is colorfully illuminated. The ultimate must-do if you are in Bayeux, the Musée de la Tapisserie (Tapestry Museum) displays what could be considered one of the earliest and most vivid examples of visual propaganda. With the aid of an audioguide available in 14 languages, you can walk along this stunning embroidery that narrates with impressive details the 11th-century life and the conquest of England by William the Conqueror in 1066 from a strong Norman perspective. To enter, you can purchase combined tickets to also access other museums in the city at a lower rate. Located around 10 kilometers (6 mi) directly north of Bayeux, the Longues-sur-Mer battery is open for free to see the only German coastal defense battery that is classified as a historic monument on the D-Day landing beaches. Some of the original torpedo-boat cannons remain intact inside huge concrete casemates, and the command post and accommodation for the soldiers can be viewed as well. While there are not many public transportation options to get there, it is possible to reach it by car, and also often included on tours of D-Day landing beaches and sights. Guided tours can be booked on the premises too.

character flat in the historic center of Bayeux!

4. Museum of the Battle of Normandy

Are you ready to go back in time to June 6th, 1944? The Museum of the Battle of Normandy provides a comprehensive way to learn about all aspects of D-Day, since it covers from both the Allied preparation and the German construction of the Atlantic Wall to August 21st, explaining about the high risk that the Germans could still force the Allied troops out of France. With photos, maps, videos, audios and both Allied and German forces uniforms, military equipment and other items, this is a great place to get a good overview and understanding of this historic event.

Museum of the Battle of Normandy Across the road from the Museum of the Battle of Normandy, lays the Bayeux War Cemetery, the largest World War II Commonwealth military cemetery in France. With over 4,000 burials of the Second World War, it is a place to pay respect to the heroes of the conflict and is worth a visit because its dimension provides an additional perspective of the historic events that took place in the region. Since 1900, the Baron Gerard Museum has been providing the public with a journey through the history of European art. It is a very interesting attraction not only for the many paintings, sculptures, photographs, porcelain and other artistic, archaeological and ethnographical pieces, but because it is located in what was the Bishop’s palace from the 11th to the 18th-century. The most popular displays include Portraits à la campagne, by Gustave Caillebotte, and the chapel, a beautiful example of Normandy Renaissance. Listed as a Historical Monument, the Botanical Gardens of Bayeux (Jardin botanique de Bayeux) are a fantastic option to spend a pleasant afternoon outdoors. This landscaped park was laid out by the famous landscape artist Eugène Bühler and has information panels along its trails so that the public can identify different species of trees and plants, including the spectacular weeping beech tree, which features 40 meters (130 feet) in diameter and is listed as a natural monument since 1932.

The mission of reviving the Norman lace tradition is carried by the Conservatoire de la Dentelle, an association that has a workshop-boutique where they host different activities for the transmission of lacemaking know-how. Bayeux is in a renowned lace region and once employed 5,000 people, where the activity was introduced by nuns in the 1600s. You can visit their workshop located in a building that dates from the 1400s and see the different displays of this technique by needlepoint, and purchase some to take back home - the perfect souvenir from your visit to Bayeux .

Explore the rich past of Normandy

From medieval pieces of history to emblematic landmarks of World War II, Bayeux is a special destination that will fill your itinerary with charm and wonder. See you there! 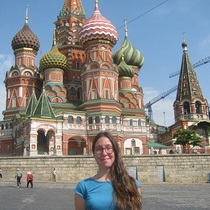 Explore Bayeux
Good things are meant to be shared!