Relive History With These Things To Do In Aachen, Germany

Steeped in a rich history dating back to Emperor Charlemagne, Aachen, Germany, is easily a haven for history buffs. From its medieval cathedrals to its ancient Roman ruins, Aachen offers visitors plenty of historical structures to marvel at. Before you visit Aachen, follow this list of the top-rated attractions in Aachen. Under Emperor Charlemagne, Aachen Cathedral was constructed between the years 790 to 800 AD. It’s towering, domed ceiling was inspired by the churches located in the eastern part of the Holy Roman Empire. Guests can marvel at the breathtaking displays of Gothic architecture throughout the building. Several relics are stored in the upper choir, such as the marble throne which was used when coronating German kings throughout the Middle Ages until 1531.

Every seven years, guests can view the 13th-century Shrine of Mary, which is said to contain the cloak of the Blessed Virgin, the clothes of the infant Jesus, the loin-cloth worn by Jesus on the Cross, and the cloth upon which John the Baptist’s head was placed after being beheaded. Guests can also view a shrine to Charlemagne, the pulpit of Henry II, and the Pala d’Oro. The cathedral is open daily from 7 am to 7 pm. Tourists are allowed in at 11 am after services on weekdays and at 12:30 pm on weekends. While the ground floor is free, the relics and shrines can only be viewed on guided tours. The 45-minute tour is 4 EUR (4.39 USD) and is offered in both English and German. Next to the cathedral is the Aachen Cathedral Treasury, which houses 100 religious and historical artifacts, most of which were curated by Charlemagne. Guests can view the cross of Lothar, which dates back to 1000 AD, a silver and gold bust of Charlemagne, and a marble casket which once contained the remains of Charlemagne, who was originally buried there in 814 AD. Tickets are 5 EUR (5.49 USD) for adults and 4 EUR (4.39 USD) for children and students. The Treasury is open on Mondays from 10 am to 1 pm and Tuesday through Sunday from 10 am to 5 pm. Audio guides are also offered in German and English.

3. The Marketplace and International Newspaper Museum If you are looking to get some shopping down, The Marketplace (Marktplatz) boasts several quaint stores with historical flair. From here, guests can also visit the International Newspaper Museum and get a glimpse at its massive collection of more the 200,000 newspapers. The museum is open from 10 am to 5 pm Tuesday through Sunday. Admission is 6 EUR (6.58 USD) for guests 21 and older, and 15 EUR (16.46 USD) for special exhibitions.

If you’re visiting during the holiday season, the Marketplace offers a magical display of holiday festivities and cuisine. With a dazzling carousel and selection of mulled wines, guests can celebrate the holiday season while savoring traditional German fare, such as gingerbread and marzipan bread. The Christmas Market begins November 18th and runs until December 23rd.

Peace and space in nature 1 - For (yoga) groups

Aachen is steeped in a rich history, which is reinstated by the remnants of the old city gates. The Ponttor and Marschiertor are the last remaining original gates in the city. Constructed in the 14th-century, both gates were used by Imperial soldiers when Aachen was declared a Free Imperial City under the Holy Roman Empire. The Ponttor is a short walk from the town center, and the Marschiertor is located near the Central Train Station. Completed around 800 AD, Rathaus Aachen (City Hall) was once the former residence of Charlemagne. While also his favorite palace, it quickly became the epicenter of his power. The medieval structure originally stretched from Aachen Cathedral to King’s Hall, which was replaced with the current Town Hall in 1349 after severe dilapidation of the original structure. The King’s Hall housed Charlemagne’s throne room and was the site of several coronation banquets.

The current structure boasts intricate Gothic architecture with around 60 previous rulers depicted through statues adorning the North façade of the building. The oldest surviving structure, the Granus Tower, was originally built along with King’s Hall in the 8th-century. While this structure is not open to the public, plenty of information about its history can be found on the official website. However, guests are welcome to visit the Rathaus, which is open daily from 10 am to 6pm. Admission is 6 EUR (6.58 USD) for adults with communal museums free for guests 21 and under. Guided tours are also provided on weekends at 10:30 am. Housing collections from Rococo to Napoleonic Empire style, this museum takes guests on a tour through several years of German, middle-class interior décor. The Adler Pharmacy, which has been reconstructed with materials dating back to the 17th-century, recreates the pharmacy which once stood in the exact location of the museum. In 1857, this location saw the creation of the first chocolate bar crafted by an Italian chocolatier.

The museum also contains an 1850s kitchen complete with a collection of cast iron and ceramic kitchen equipment, a small ballroom decorated with murals depicting rural country life, and an elaborate collection of 18th-century silverware. Admission is 6 EUR (6.58 USD) for adults and can range to 15 EUR (16.46 USD) for special exhibits. Communal museums are free for guests 21 and under. Guided tours are included with the admission. The museum is open Tuesday through Sunday from 10 am to 5 pm. The original draw for settlers in the Aachen region was its 30 thermal springs, which produced 70°F (21°C) water rich in minerals. The Romans settled in Hof and constructed several baths, which later became the site of Charlemagne’s spa and where the current Elisenbrunnen gets its thermal waters from. Completed in 1827, the current site sits on the remains of the Chapel of St. Adelgundis, which is believed to have dated back to Charlemagne’s era. Guests can explore its neoclassical pavilions, drink from the thermal water fountains, and view excavated Roman and medieval foundations in the Elisengarten. Admission is free. It is open on weekdays from 10 am to 6 pm, and from 10 am to 4 pm on weekends. Before King’s Hall and the current Town Hall, there was Grashaus. From 1267 to 1349, the site operated as the meeting place for the town council and city mayors. After the current Town Hall was constructed, the site was then used as a jail. Due to horrible conditions, the Grashaus was abandoned after a new jail was constructed in 1806. While all that remains is a façade, the site was restored into the city archives before becoming an educational site on Europe and its history. The site is not a museum and interested visitors can only view the location on guided tours.

Travel back in time in Aachen 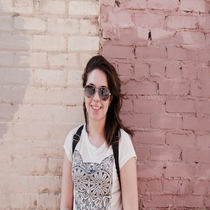 A Florida native, theme park aficionado, and amateur history buff, I enjoy learning about new places I plan to travel to one day. When I’m not writing, you can usually find me taking photos around...Read more
Want to contribute as a Local Expert?
Register Here
Hotels
Lowest Price Guarantee

Explore Aachen - Eifel
Good things are meant to be shared!