Top 10 Things To Do In Charleston, South Carolina - Updated 2022

Charleston is a place where history comes alive - take a step into the past and explore the restored old homes in the area and enjoy the charm of this beautiful city. I traveled here in 2011 and I am yearning to go back - it captured me. It’s a place where time slows down and you can enjoy the area’s beauty, both from the land and the water. Apart from a variety of tours, visitors also have plenty of accommodation options, from hotels with rooftop bars to vacation rental properties by the beach. If you’re planning to visit this city, keep reading for a list of things to do in Charleston, South Carolina. At the top of the list is definitely one of the best things to do in Charleston. This city has several historic sites that one can tour and the Historic Charleston Foundation runs them. The Rhett Aiken House and the Nathaniel Russell House are two such tours and the foundation offers a discount if you are interested in both home tours. Other historic homes are the Joseph Manigault House, the Calhoon Mansion, and the Hayward Washington House.

The Rhett Aiken House belonged to the same family for 142 years, before opening as a museum in 1975. The house was built in 1820 by a Charleston merchant and became the property of its namesake, William Aiken Sr., seven years later. It was later remodeled by his son. The property maintains the original house and slave quarters at the back of the property and is in a state of conservation, rather than restoration.

The Nathaniel Russel House is located in downtown Charleston and became a national historic landmark in 1955. Nathaniel Russell, formerly of Rhode Island, settled in the town, married, and then gained the house in 1788. He participated in the slave trade and exported goods. It remained in the family till 1857 and was briefly a school before being changed to a private residence. The place was restored and now visitors can learn about the family and the history of slavery there.

2. Check out the exhibits at Charleston Museum The mission of the Charleston Museum is to educate people about the colorful history and culture of the South Carolina Low-country. It was founded in 1773. This historic site is known as America’s first museum and it officially opened to the public in 1824. The “Low-country History Hall” shows the deep-rooted history of the area’s Native Americans, early settlers, as well as slaves who were African Americans. “The Armory” shows a display of weapons dating back to 1750. The “Becoming Americans” area, explores Charleston’s part in the American Revolution, whereas “City Under Siege” tells about the city’s struggles during the civil war. Finally, the “Natural History Gallery” features artifacts on display of the many animals who have called this area home. This informative museum also has current and upcoming exhibits, in addition to all of the permanent ones. This is a must-do activity in Charleston, especially for history buffs because of the site’s notable artifacts. Source: Photo by Flickr user I G used under CC BY 2.0

Don’t know what to do in Charleston with kids? An aquarium is a great option. The South Carolina Aquarium has a mission to inspire the conservation of the natural world by caring for animals and educating visitors. When I went to Charleston, this was one of my favorite spots, with its wide variety of animals and scenic views of the harbor. The South Carolina Aquarium is divided into various environmental regions: the “Mountain Forest” area has a bald eagle, the “Piedmont” has small birds and fish, the “Coastal Plains” region has alligators and rattlesnakes, the “Shallows” has stingrays, “Backyard Habitat” has birds that are from the southern region, and the “Ocean” exhibit has sea turtles. They also currently have a sea turtle hospital on site that offers tours.

4. Spend a day at Folly Beach

Folly Beach is located a half hour from Charleston and is a great spot for those who want to enjoy stunning views of the Atlantic Ocean. The locals refer to it as the “Edge of America” and it has several local restaurants, a pier along the clean beach as well as a lighthouse. There are also many outdoor activities one can enjoy here, such as paddle boarding, surfing, boating, and kayaking. There are plenty of souvenir shops along the streets of the town as well as hotels with scenic views of the beach.

Charleston Harbor Tours take tourists around the Charleston Harbor on a 90-minute tour where you’ll be able to see over 75 area landmarks, as well as learn about the rich history of Charleston City. Sights of this Charleston tour include Fort Sumter, the USS Yorktown, St Michael’s Church, and the stately homes along the battery, known as Rainbow Row. Aside from the bright colors, you’ll also get a look at the Arthur Ravenel Jr. Bridge and, if you’re lucky, spot dolphins. Joseph P Riley Jr. Park is home to the Charleston Riverdogs and the Citadel Bulldogs. Admission tickets are available if you want to catch a game and it is next to Brittleback Park, which has picnic tables.

7. Go on a relaxing stroll at Boone Hall Plantations 8. Take a historic carriage tour around Charleston (from USD 50.0)

What better way to enjoy the charms of historic Charleston than with an old-fashioned, horse-drawn carriage ride? This Charleston tour will last for about an hour and cover over 2.5 miles (4 kilometers) and show you the best sights of the city, including the most notable mansions, cobblestone streets, and landscaped gardens. Expect to stop at Aiken-Rhett House, Joseph Manigault House, Historic Homes Walk, and Old South Carriage Company.

9. Savor delicious food on a downtown culinary tour (from USD 85.0)

Foodies will definitely have an amazing time participating in this downtown culinary tour of Charleston. Not only will you get a chance to explore the city on foot - and with a professional guide - but you’ll also be able to sample delicious local favorites. This two-hour-long tour covers the French Quarter and includes pre-selected food tastings from four of the best restaurants in the city. Be sure to come hungry!

10. Watch out for ghosts and join a nighttime walking tour of Charleston (from USD 24.0)

A city deeply rooted in history, you can bet that Charleston SC has plenty of spooky ghost stories worth hearing! Whether you’re a fan of Ghostbusters or not, you’ll feel like a paranormal investigator when you join this guided ghost tour of Charleston. Meet up with your guide at Waterfront Park and embark on a 1.5-hour-long tour that includes a stop at Old Exchange & Provost Dungeon, one of the most haunted structures in the city.

Charleston - a taste of southern charm Come visit Charleston and experience South Carolina’s charm, with its laidback environment, historic sites, stunning views, and activities for different types of travelers. Be sure to refer to this list of top things to do in Charleston when making your itinerary! 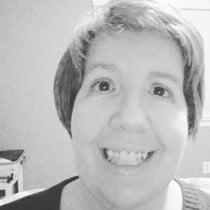