Best Things To Do In Marikina, The Philippines

Marikina is a city in the Metro Manila area of the Philippines. The city covers about 22.64 square kilometers (8.7 square miles) and has a population of about 450,741 people. The city was initially the provincial capital of the province of Manila but is now mostly an industrial, commercial and residential area. In 1665, the city experienced a terrible earthquake, caused by activity along the Marikina Valley Fault System, which later led to its name. Then, in 1787, the city was renamed Marquina, after the Spanish colonial general governor. The city was next officially named Marikina, in 1901, when the United States took over. The city is a naturally beautiful place, filled with a lot of historical and cultural sites that are great to visit. Here are some places I recommend you to visit, when in the city.

The Shoe Museum was conceived of in 1998, on the assumption that the town was the then Shoe Capital of the Philippines, by the then mayor, Bayani F. Fernando. The museum was then officially opened in 2001 and was known as the Footwear Museum of Marikina. Its purpose was to nurture the historical and cultural value of the Philippines’ shoe industry. The building where the museum is located is a historical landmark since it happened to be a detention cell for the Filipinos during the Filipino-American war.

The museum has collections that feature the footwear of former first lady, Imelda Marcos, as well as shoes owned by presidents, vice presidents, mayors, senators and many other heads of the Philippine government. The museum holds shoes made in many different designs and with different materials, such as those made of snake skin, pigskin, sheepskin and much more. I definitely recommend a tour of this museum, while in Marikina city.

The museum is a good place to stop by for all kinds of people, both for educational purposes and for fun. It has limited edition books, small edition books and other items and artifacts, including totem poles that illustrate Philippine mythology.

3. Our Lady Of The Abandoned Parish

Our Lady of the Abandoned Parish, Marikina

The parish is a Roman Catholic Church, opened in 1572 and was consecrated in the year 1690. Originally, constructed from bamboo and leaves, its real construction began in 1687, in the Baroque style and was heavily fortified, with a facade that has ensured the parish stands the test of time as a historic landmark.

In the church are several images of the Virgin Mary, believed to be miraculous and thus earning it papal recognition. The parish is a great place to visit and a great place to learn about the old religious controversy of Marikina.

Our Lady of Abandoned Parish

Posted by Nobody Cares - Philippines on Friday, 2 September 2016

This park was opened in 1993 and occupies about 220 hectares (543.6 acres). It is the city’s biggest recreational and sports area and is used for outdoor activities, not just for residents but also for those from the other cities of Metro Manila. The park has a mall, the Riverbanks Center, a roller-skating rink, and an office complex. It’s a great place to visit with family and friends for outdoor activities, jogging, camps, sports events or even just for relaxing.

This a recognized science center of the Philippines by the departments of education, science and technology and finally tourism. The PSC is used for science and mathematics exhibitions, various training activities, outreach programs and science-related seminars and events. It is an excellent learning facility for kids because it is often used for science fairs and exhibits for schools.

The PSC has over 100 interactive exhibits in ten galleries. The galleries include themes on bodyworks, a kids’ world, earth science, lights, mathematics, mechanics, space, liquids, electricity and magnetism and finally vision and perception. This is another stop you don’t want to skip when in the city, especially with kids.

Pan de Americana, in Marikina, is the first and only chess themed restaurant in the Philippines. It is an excellent restaurant that offers good food, a great place to relax and fine ambiance.The restaurant is well known and a target for many locals and tourists because of its décor, design and great food. From the restaurant, you can find many interesting sites to visit, close by, like the Book Museum, the Spirit of Bethlehem Museum, Marikina River Park and so much more. The restaurant features 3.5 feet (1.1 meter) high chess pieces, a life-sized windmill, a rope bridge and European ruins, so you’ll want to bring your camera with you.

Marikina is a great city to visit for relaxation but it is an especially great educational center of the Philippines, for its history and culture. These are some of the top sites I recommend you visit while in the city. Other places you could visit include the Valley of Waves, hiking trails such as the Croc Trail, Barakalalo Park, the Black Pearl Restaurant and so much more. 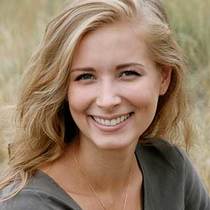 Hello there! I am Angie and I am a freelance writer. My main goal is to immerse you into the serenity and beautiful chaos that is part of cultures and environments across the world. Not only am I...Read more
Want to contribute as a Local Expert?
Register Here
Hotels
Lowest Price Guarantee

Explore Marikina
Good things are meant to be shared!