India is a land of religions, cultures, and ethnic diversities. It offers a rich experience to those who are willing to dive deeper into its secrets, temples, forts, caves, mountains, and long lost civilizations. In this guide, you will learn about some of the best tours of the country that will take you on a ride of a lifetime. You will see India and its people in a new light.

If you are touring the whole country, check out this list of tours in India that will let you discover this cultural paradise. The Golden Triangle Tour will take you on a heritage trip where you will explore the 7th wonder of the world, a symbol of undying love, the legendary Fatehpur Sikri, and the famous pink city of Rajasthan. Your trip will begin from the capital, Delhi, where you will stay for a day trip to visit old Delhi. You will visit Qutub Minar, Jama Masjid, Rajghat, and the tomb of King Humayun.

The next day, you will find yourself in the Mughal city of Agra, which is home to Taj Mahal, the 7th wonder of the world, and a symbol of the undying love a king had for his wife, Mumtaz Mahal. You will then visit Fatehpur Sikri, built by one of the most fierce emperors of his time, Akbar, who is also known for his Navratnas or nine Jewels, one of whom was Birbal, widely considered to be the smartest man of his time.

In Jaipur, you will visit Jantar Mantar, a scientific observatory that uses the sun, the moon, and the stars to tell you the time, date, and many other scientific details with mind-boggling accuracy. Further, in Jaipur, you will find the Pink City, where every single house, store, and building is made of pink colored stones that are naturally found in the region.

Rajasthan is a land of forts, Mahals, and museums that speak volumes about its rich history of legendary warriors, kings, and their lifestyles. The cultural heritage tour will begin from Old Delhi where you will get to see Jama Masjid, Humayun’s Tomb, M.G. Memorial and the Lotus Temple. You will then visit Udaipur which was named after Maharaja Udai Singh, father of the legendary warrior Maharana Pratap. You will witness the immersive local culture and two beautiful museums that house artifacts from a bygone era.

In Jodhpur, you will be left in awe of the divine beauty of the Moti Mahal and Phool Mahal, and the beautiful Umaid Public Gardens. On the other hand, Jaisalmer is famed for its Fort and Sam Sand Dunes camel safaris in the desert. Bikaner is known for its delicious snacks while Jaipur is known for the largest Jantar Mantar in the country.

Visit the 7th wonder of the world, Taj Mahal, situated on the banks of River Yamuna in Agra. You will finally reach Khajuraho, a collection of temples and monuments that represent the Bundela school of painting, where you will see thousands of statues of men and women, sometimes making love, other times depicting their lifestyle in the old ages. Simply mesmerizing. Finally, take a dip in the holy waters of River Ganga in Varanasi, and attain enlightenment in Sarnath, where Lord Buddha gave his first ever sermon. Kerala is popularly known as Gods Own Country for its sheer beauty and greenery. One of the most popular tourist destinations in India, Kerala, with its rich cultural heritage, old monuments, rainforests, waterfalls, misty mountains, and greenery, will leave you wanting for more. In Cochin, there are three structures, all built in the 15th-century, that you must visit: St. Francis Church, a Jewish Synagogue, and a Dutch palace that was gifted to the Raja of Cochin.

Munnar is probably the most popular hill station in South India; it is a hub of tea producers. Munnar has everything - waterfalls, misty valleys, clouds, and lush tea plantations. If you are a fan of MMA, visit Punarjani Village which is home to Kalaripayattu, one of the oldest forms of martial arts in the world. Situated on the banks of River Periyar in Thekkady district, Periyar Wildlife Sanctuary is home to tigers and elephants; another must-visit on your list.

Next we have Kathakali, which is one of the most beautiful ethnic dance forms where performers use facial expressions and hand gestures to express their desires, anger, joy and other human traits. You must watch a live performance at the Kadathanadan Kalari Centre. If you have time, do not forget to rent a houseboat and spend a night or two relaxing in the calm and serene waters of God’s Own Country. South India is covered on three sides with great water bodies like the Indian Ocean, Bay of Bengal, and the Arabian Sea. It is rich in culture, languages, and historical temples and monasteries. Your journey will begin in Madurai, which is known for Shree Meenakshi Temple, Gandhi Museum, and Thirumalai Nayakar Palace. There are a number of temples in Rameshwaram, the next location, that speak volumes about their ancient architectural prowess, and cultural beliefs. The most famous temple is perhaps the Ramanathaswamy Temple, and legend has it that Sita, wife of Ram, herself built a lingam of Lord Shiva out of sand that resides inside as the main deity. The temple also has the honor of being one of the Char Dhams.

From Rameshwaram, you will move forward to Kanyakumari. Some notable temples and places here are Devi Kanyakumari, Gandhi Memorial, and Vivekananda Rock. Kanyakumari is also known for its picture perfect sunsets. Next in Kovalam, a very popular beach, you can enjoy relaxing your muscles and bones, and then you will finally reach Trivandrum, where you will visit Kuthiramalika Palace Museum, Sri Padmanabhaswamy Temple, the Shanghumukham Beach, and Veli Tourist Village.

Looking for some adventure in your life? Love wildlife? This 7-day wildlife safari tour will take you through Central India where you might come face to face with tigers, lions, hyenas and other wild animals in their natural habitat. Your tour will begin in Jabalpur where the Kanha National Park is situated. It has the largest population of tigers in India. An open jeep will take you on a safari where you will see leopards, jackals, hyenas, sloth bears, wild boars and other wild animals. Do visit the Dhuandhar Waterfalls on River Narmada and the Katangi Waterfalls that will take your breath away.

The Himalayan Ranges offer breathtaking views, and the Leh-Ladakh route is considered to be the holy grail of bike rides in India. While the temperatures can be freezing and unkind, they only add to the thrill of riding your Bullets in unknown and hostile territories. As the climatic conditions are harsh, your body needs at least a few hours to adapt to the cold. Here there is the Magnetic Hill, where your vehicles will defy the laws of gravity and move upwards automatically. Next, there are the Indus and Zanskar rivers, that only add to the natural beauty of the region. A 15th-century museum named Gompa is where you will find old artifacts, weapons, ornaments and more. And then you will visit an old palace that was once owned by the royal Namgail family.

But more than anything else, the Leh-Ladakh Tour is known for its immensely pleasurable bike rides. You will be riding on the Khardongla Highway, which is also the world’s highest highway. In Nubra Valley, you can enjoy the night in a tent watching over the Karakoram Mountain ranges. The Silk Route is a group of small villages where you will find the highest quality of silk and other tradable items. But before you reach it, you will have to conquer the Khardungla Pass, the highest drivable pass on the planet. It is considered quite a feat if you make it through this pass. Finally, do not forget to visit the picturesque Pangong Lake. The calmness and beauty of the lake will leave you speechless.

This is perhaps one of the shortest tours on the list. The cave temples of Ajanta and Ellora were built in the 5th to 6th-century AD. The Ajanta Caves were cut out of rock in the 2nd-century BCE, and consist of 36 foundations. These Buddhist religious caves are a UNESCO World Heritage Site. Once home to several Buddhist monks, Ajanta Caves were lost and covered in wild forests until they were rediscovered in 1819 by Jon Smith of the 28th cavalry. They contain several paintings, carvings, and statues that depict the lifestyle of people living in those times. They are made up of a complex network of 30 caves that depict the extent of Buddhist traditions and philosophy that influenced the people in those days.

Ellora Caves, located close to Ajanta Caves, are a collection of temples and monasteries cut out of the rocks. There are a total of 34 caves, of which 17 are Mahayana Buddhist caves, 17 are Hindu caves, and 5 are Jain caves. An example of the Dravidian era art, these caves have multi-storied buildings with kitchens, stores, and rooms that were built by the combined efforts of more than 7,000 workers.

Explore the best of India with a memorable tour

India is a land of diverse cultures and languages, and the more you travel deeper and mingle with the locals, the more you will come to know about its rich history, and awesome local cuisines. Each tour was designed to offer an experience of a lifetime, exploring a specific part of the country. 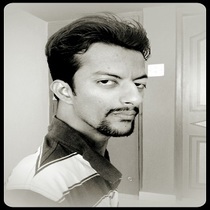 Explore India
Good things are meant to be shared!