Steeped in history and with awe-inspiring natural beauty, wild and romantic Pembrokeshire has attracted visitors for hundreds of years. Nestled in the corner of southwest Wales and encased on three sides by a rugged and majestic coastline bursting with wildlife, Pembrokeshire is the only coastal National Park in the UK and walkers are spoilt for choice when it comes to deciding which direction to take their walking boots.

Quaint seaside towns like St Davids and Tenby in the south are begging to be explored while the dramatic landscape of the Preseli Hills and northern summits offer a challenge to the more ambitious walker. Then there’s the little matter of the 186-mile (299 kilometer) coastal path, which wraps around the edge of the county offering some of the most breath-taking views in the world.

Even narrowing down which beaches to visit, there are over 100, can become a challenge. If you don’t have time to see it all, and realistically you won’t, here are some walks you shouldn’t miss out on.

As introductions to Pembrokeshire go, you won’t find a more impressive one than Whitesands Bay. Known in Welsh as Porth Mawr, Whitesands is a blue flag beach two miles (3.2 km) away from the town of St Davids. One of the top surfing locations in the county and with toilet facilities and a cafe, exploring the beach is the perfect way to start or end your walk. This area of Pembrokeshire is steeped in history, with legend claiming St. Patrick himself had his vision to convert Ireland to Christianity while standing on the beach. St Davids Head is just to the north of Whitesands and is dominated by the lone hill of Carn Llidl. You can either take routes around Carn Llidl, which stands at 181-meters (594 ft), or for those looking for a little bit more of a challenge, you can add a visit to the summit.

The walk offers great views of Cardigan Bay and Strumble Head to the North as well as nearby Ramsey Island and the islets of Bishops and Clerks, which feature a lighthouse. There’s also the neolithic burial chamber, Coetan Arthur, and Iron Age fort found on the side of the hill and the remains of an early warning radar station on top of Carn Llidl to keep you entertained. Suiting even the most inexperienced walker, this route should take around 1 hour 15mins and if you start and end at Whitesands Bay is 3.8 miles (6 km) long.

The walk between Porthgain and Abereiddi gives you a chance to explore Pembrokeshire’s industrial past, while also appreciating its coastal beauty. The charming fishing port of Porthgain once was a hub of industry, exporting stone and producing bricks that were sent all over the world. Losing none of its charm the small inlet is now home to a pub, The Sloop Inn, fish restaurant The Shed and a number of galleries celebrating local artists. Start in the harbor and follow the coastal park south along the impressive coastline down to Abereiddi and visit the tiny beach of Traeth Llyfn along the way, be warned though that it is only accessible by steep steps and at low tide.

Once you get to Abereddi Beach, take a look at the ‘Blue Lagoon,’ a former slate quarry that is a favorite jumping spot for coasteering groups and seals, who are often spotted swimming in the deep waters or basking on the rocks nearby. The walk takes around 40 minutes one way and is around 2 miles (3.2 km) - double that if you come back to Porthgain.

Moving away from the coast and to the centre of the county is the picturesque village of Lawrenny. Set on the banks of the River Cleddau, which snakes through Pembrokeshire, it’s a real undiscovered jewel. Most visitors stick to the coast, but the riverside walk offers something a little different. The coastal path will take you through Lawrenny wood, where you’ll be able to gaze down onto the impressive river and across to the other bank, home to Burton Castle.

For those wanting more of a challenge, follow the river north to the beautiful parish of Coedcanlas or head back to the award-winning tea rooms at Lawrenny Ferry, where you can sip a coffee while watching the life on the river go by. Unlike the dramatic and sometimes violent coast, a walk along the Cleddau offers a serene and peaceful afternoon. Also part of the National Park, the woodland is teeming with flora and fauna at all times of the year.

Source: Photo by user DeepBluC used under CC BY 2.0

Bosherston’s tranquil lily ponds are an easy walk and perfect for a family day out. The route will take you through the lakeside woodlands teeming with wildlife throughout the year and down to the lily ponds, which are at their colorful best in June and July. During spring and summer, you can spot the dragonflies and damselflies skimming over the surface and house martins hovering overhead.

The route will offer two options, either you can carry on down to the majestic beach, Broad Haven South, and spend some time exploring the rock pools or head back to the village of Bosherston for refreshments. The more hardy walker could also rejoin the coastal path and head down to Barafundle Bay, the incredible beach that is regularly named one of the best in the world.

Though it’s one county, there are noticeable differences between the coast in the north and south, so it’s worth making an effort to visit both during your trip. The Marloes Peninsula takes in the beach of Marloes Sands, a remote 1.5 km (0.93 mile) stretch of sand that offers stunning views of the nearby Skokholm and Gateholm Island.

One of its most famous features is the geological marvel the ‘Three Chimneys’, which are three lines of hard silurian sandstone and mudstone running vertically up the cliff edge and are an impressive sight for anyone who ventures for a visit. Film buffs would also enjoy a trek along this beach as it was used to film scenes for the 1968 film The Lion in Winter and more recently, Snow White & the Huntsman.

Staying south, Freshwater East to Swanlake Bay is a relatively easy walk that offers beautiful views of the stunning coast. The wide bay at Freshwater East is backed by sand dunes that are bursting with wildlife, including glowworms. Heading east along the coastal path, Swanlake Bay is a local Pembrokeshire favorite. Only accessible on foot, the closest place to park is on a narrow single lane road, at the entrance of the nearby farm.

While crowds tend to stay away due to the lack of easy access, it’s no problem for walkers whose efforts will be rewarded by having the beach virtually to themselves, even at the height of summer. A shingle beach surrounded by deep red cliffs, at low tide there is golden sand and rock pools available to explore and even if you do hit high tide, it’s still worth a moment to appreciate the bay in all its natural beauty.

From the Southeast to the Northwest and a totally different look at Pembrokeshire’s spectacular scenery is a walk around Dinas Island. Not actually an island, the peninsula is partially detached from the mainland and lies between the towns of Fishguard to the South and Newport to the East. The coastal path runs around the edge of the island and offers extensive views of the entire area. Not for the faint-hearted, it’s a 3-mile (4.8 km) walk around the headland and a test for the fitness, with a number of steep inclines both up and down. But those who do manage it will be rewarded with some magnificent views.

From Pen-y-fan, the highest point on Dinas Island, you can see right across Fishguard Bay and Newport to the East. If you need a breather, then stop to admire the beautiful surroundings or search the cliff for seabirds, who gravitate to Need Rock in summer to breed.

The walk from down to St Govan’s Head takes in some of Pembrokeshire’s most famous natural monuments. The Green Bridge of Wales, a naturally formed arch and the rock pillars, known as Stack Rocks, can both be seen from the coastal path and are well worth a stop to admire. Though the coastal path follows the dramatic cliff line, it’s predominately flat and while it’s 6 miles (9.7 km), can still be done with relative ease. Once you reach St Govan’s Head, reward yourself with a visit to the 11th-century chapel nestled in the cliff face. Count the steps on the way down and back up, according to legend you never get the same number.

Pembrokeshire has so many beaches it actually has two called Broad Haven, distinguished by north and south, so make sure you pick the right one when choosing this walk. The route from Broad Haven (north) to Newgale is a remarkable part of the Pembrokeshire coast and offers sweeping views over magnificent St Brides Bay. With a series of enchanting beaches dotted along the coast, like Nolton Haven and the magical Druidston Haven, you will finally arrive on the expansive Newgale Sands, which stretches an impressive 3 miles (4.8 km).

Wrapped in mysticism and history, Carningli Mountain is found just south of the small town of Newport in the north of the county. It’s hard to miss the impressive 347 meter (1,138 ft) high peak, which dominates the view from miles around and for thousands of years has inspired poets, writers, and mythology. According to local legend, its name means ‘The Mount of Angels’ and comes from the story that local saint Brynach would climb to the top of the mountain to speak to the angels.

Walkers might not be rewarded with the same upon reaching the rocky peak top, but the spectacular views are more than a reason to tackle the relatively easy, but steep climb. Once at the summit, take some time exploring the remnants of an Iron Age hill-fort, one of the largest archeological sites in Wales. Starting in the village itself, there are two routes around Carningli, one to the left and the other to the right of the mountain. Relatively simple to navigate, if you begin to head back down the mountain before hitting the summit, then you’ve taken a wrong turn.

There are many ways to appreciate Pembrokeshire’s awe-inspiring beauty and these walks are just the beginning. Why not take advantage of the many outdoor activities on offer in the county and get a guided tour from the people who know Pembrokeshire better than anyone. From rock-climbing to kayaking and coasteering, there’s something for everyone and all age groups to enjoy. 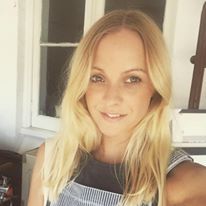 Online journalist and full-time traveller, Beca hails from the beautiful Pembrokeshire in Wales. Having lived in London for six years, she's left the UK to travel the world and share her...Read more
Want to contribute as a Local Expert?
Register Here
Hotels
Lowest Price Guarantee