Comedy clubs in Atlanta, Georgia are raking in the crowds for their no-nonsense, in-your-face, and right out profane stand-up comic performances. There are a few sketches in between to cater to that demographic that still prefer some improv in between. Sometimes the only thing these clubs have in common is the two-drink minimum. Because if the punchlines are really on point and timely, you don’t need to be tipsy to blurt out the guffaws. Prominent comedians have performed in some of these clubs and provided a spotlight to other raw, yet-to-be-discovered comics. But first, which comedy clubs in Atlanta are worth your time? Let’s check out the top comedy clubs in Atlanta, Georgia, USA.

Humor as a community service in the form of improv. It’s the vibe you immediately get upon entering Dad’s Garage. And it helps a lot that some shows are season-themed like their Christmas improv shows that featured Colin Mochrie. They are not afraid to tackle any topic either as shown in their breakthrough program, Scandals, an improv-based play about religion.

Relapse Theatre is one of the clubs that offer the lowest ticket prices in Atlanta - even cheaper if booked online. Their signature performance is the “Wanna Play?” by Richard Kickers, a program that the club describes as “an open improv jam”. So it’s basically open mic night but distinguishable from the actual open mic night which is on Thursdays.

Opening hours: 7 pm to 3 am (except Sunday and Monday)

The Basement Theatre is known for staging improv shows at an intimate setting. Beer served costs only 4 USD per head with repeat performances of hit shows on a semi-regular basis. They attract the gaming crowd with their program Funyuns & Flagons, pitched as “the improvised version of Dungeons & Dragons”. Fridays are reserved for the family fun shows, the only PG improv shows that this theatre offers.

Good food to go with good comic performances is guaranteed here at the Uptown Comedy Corner. With hosts like Bo P. Barnes to take over the open mic sessions, you don’t need to be tipsy to participate. Semi-regulars like stand-up comics Ronnie Jordan and Majah Hype have contributed to the jovial mood in this club.

Highwire Comedy Co has attracted a niche audience interested in long-form improv. It turned out that while they offer scripted skits for various purposes, it’s the improv skits that still attract a crowd. The place mostly features local acts including their own students from the improv classes that they provide to the community at large. The laidback atmosphere is enhanced by the affordable beer served during every performance.

Posted by The Punchline Comedy Club - Atlanta on Tuesday, March 16, 2021

This is the place to go to surprise yourselves by some raw, undiscovered stand-up comic talent. For the most part, the club has attracted local celebrities like Dan Cummins, Kaja Martin, and some cast members of the Hollywood film Pitch Perfect. Highly recommended if you have already had dinner elsewhere in Atlanta but are still ready for some bar-hopping fare. It fits the budget too due to the low cost of the entrance fee to go with the two-drink minimum standard.

What makes the entrance fee to the Laughing Skull Lounge extra valuable? For a ticket worth 10 USD, you get to enjoy a stand-up comic marathon consisting of 10 comics. This club takes pride in being voted as the ‘Best Comedy Open Mic’ in Atlanta. Even national acts like The Dave Chapelle show, come in and boost interest further in this comedy bar.

This club is boxed theater known for staging Broadway plays, upon closer look, you will realize that their repertoire leans towards comedy. The intimate feel of the boxed theater setting makes the experience of the show more memorable. This has led to many critically-acclaimed performances of musical comedies like Company and Little Shop of Horrors. Cornering a niche in comedy is not often addressed. However, the Actor’s Express Theatre Company has succeeded in providing the Atlanta audience with their weekly fix of musical comedies.

Opening hours: 12 pm to 5 pm (except Saturdays and Sundays)

The Warren Club has reserved Wednesday for stand-up comics. It has proved to be the club’s variety in terms of quality nightclub entertainment. While known mostly for hosting social events and wedding banquets, dipping into the vibrant stand-up comedy scene in Atlanta has turned out to be a good decision for them. And this is the place locals go to if you want effective comedy along with a sumptuous dinner and light drinking fare.

Good food to go with some wisecracking type of humor to laugh yourselves silly - it’s a guarantee here at the Atlanta Comedy Theater. Local favorites like Tony Roberts and Bill Bellamy have entertained audiences in this theater on a sporadic basis owing to the fact that each performance is of limited engagement. Every performance here is expected to be packed. So booking as early as possible is highly recommended.

Laugh the night away

Improv may seem like the coolest thing to hit the comedy clubbing scene as of late. But Atlanta still has that vibrant scene for stand-up comedians ongoing. So you end up having interesting options as you have already read in this article. Whether you’re rooting for your new fave comedian or hoping to see an improvised version of Dungeons and Dragons, the Atlanta comedy clubs has it right down pat for you. Even your budget will fit the menu these clubs offer. The two-drink minimum is standardized. All that is left for you to do is pick your club, book a couple of tickets and bring a date over. 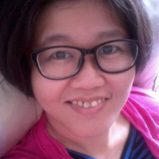 My name is Jing, a freelance writer online since late 2013. I enjoy writing about memorable experiences brought by traveling around. I find fulfillment in exploring areas that make a tourist...Read more
Want to contribute as a Local Expert?
Register Here
Hotels
Lowest Price Guarantee