Turin is a magical city, filled with passion and power, poetry and industry. But this city also hides a lot of mysteries and secrets, which makes it even more attractive and tempting to visit. One of these mysteries is the fact that Turin is considered to be the crossing of the two flows: black and white magic. On one hand it’s a part of the Black Magic triangle, the so called “devilish triangle” (kind of an abstract territory, where mystical and unexplained things happen), where Lyon and Prague are also included. On the other hand, it forms the White Magic triangle together with Los Angeles and London. Nobody knows why both triangles converge in Turin, but it is considered that the dark and the light forces always oppose each other, so the city is like endowed with two hearts.

Visit the “White Heart” of the city 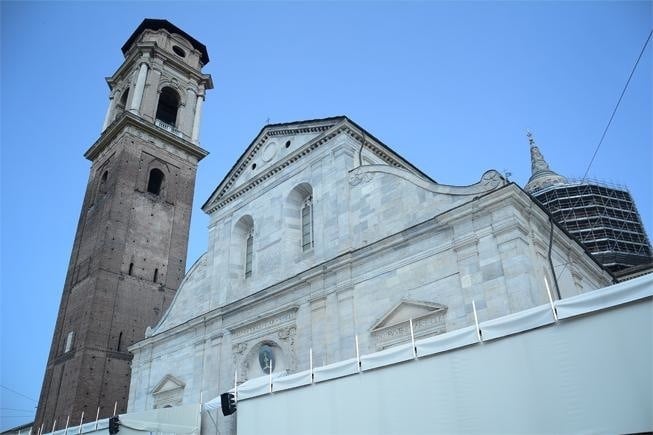 The “White Heart” of the city is considered to be Piazza Castello along with the area surrounding it. This grand square includes the elegant baroque Palazzo Reale (royal palace) with its gardens, and of course, Duomo - the Cathedral dedicated to Saint John the Baptist, who is said to be the Patron Saint of the city. Duomo has been safeguarding for ages one of the most famous relics of the world - the "Sacred Shroud", which is believed to be the proof of existence of Jesus Christ and of its miraculous resurrection. According to the words of Pope John Paul II, it is the most important relic in the history of Christianity for the Catholic Church.

If you want to visit the Duomo, you can choose to enter it just like a normal visitor with free entrance, which allows you to see the main interior part of the church. If you’re interested to take a closer look at the “Sacred Shroud”, you have to pre-book your visit.

Discover the “Black Heart” of Turin The black heart of Turin beats in Piazza Statuto. In this square you can admire the fountain of Frejus. According to the opinion of esoteric people, this is the place with highest concentration of dark energy. If you look closely, you can see the angel on top of the fountain, which is considered to be Lucifer. The history tells that the square is located on the place of mass graves of the Roman Empire soldiers. In the Middle Ages, Piazza Statuto was the place for mass tortures and executions. For this reason, it has been known to have a bad repute. Also near the fountain you can find a sealed hatch, which is considered to be “the gates of hell”.

Become enchanted by the Angelic Fountain A truly beautiful sight is the Angelic Fountain of Turin, which is located in Piazza Solferino. Being well known not only for its beauty, but also for its presumed esoteric symbolism of masonic inspiration, the fountain attracts many visitors eager to discover its mysteries.

The hidden symbolism of the Angelic Fountain is expressed through the figures of men representing two famous pillars, Boez and Jakhim of the Solomon’s Temple. These figures, meaning the God established in strength, pour water from vessels, uniting them into one pillar of truth. Officially, the four figures embellishing the fountain are considered to be the four seasons of the year. The female figures, representing Spring and Summer, are also masonic symbols of virtue and vice.

Dive into the history of Porta Palatina 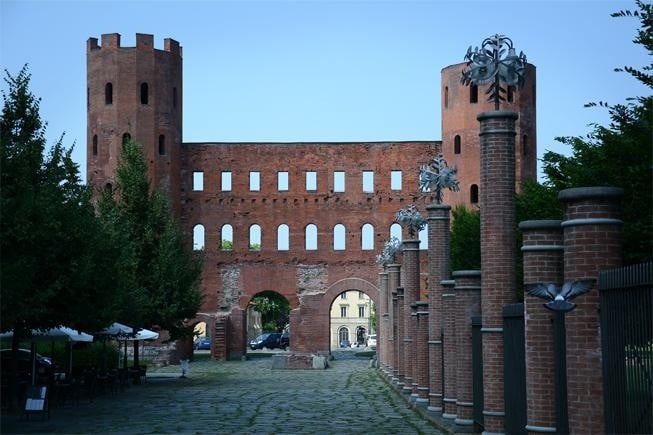 When talking about esoteric places, we should not forget to mention Porta Palatina - well preserved Roman gates from the first century B.C. They served as an entrance to the ancient Roman settlement, Julia Augusta Taurinorum, which nowadays is the city area of modern Turin. The settlement had a mystical location at the confluence of two rivers, Po and Dora, which symbolized the Sun and the Moon, together forming a protective ring of water around the city. It is said that under these towers there are underground passages - known as the place of the Black Mass. Others tell that Pontius Pilate lived in these towers. Those that are more sensitive to the un-known claim that they can’t pass by and not feel trembling and cold-sweat.

Enjoy it cause it’s for free!

If you are in Turin, and are still considering to take this tour, just remember that it is for free! Just imagine that you will discover all these places, discover more about their history, maybe even feel something special in each place, without having to pay any money for it!. The tour can be easily made by foot, so you can access all the sights even without using the public transport. You’ll also pass by a famous street, known for its shopping, on your way to Piazza Statuto, called via Giuseppe Garibaldi. This will allow you to easily combine the tour of Black and White Magic with a tour of the shopping district as well. Hi everyone, my name is Diana Luchin, and currently I am student of product, interior and graphic design. I am truly impassioned by traveling, and once I have the opportunity to explore new places...Read more
Have a question? Ask fellow travellers and travel experts here.
Want to contribute as a Local Expert?
Register Here
Hotels
Lowest Price Guarantee

Explore Turin
Good things are meant to be shared!