Karl Johans Gate is the main artery going across the heart of Oslo, the capital city of Norway. During your trip in Oslo you will often walk across this city area since some of the most relevant monuments, pubs, shops, and restaurants are located along this beautiful street.

Placed in the upper side of the street you will find two famous buildings: The Norwegian Parliament (Stortinget) and the National Theater.

Admire the National Theater and its beautiful square A two minute walk from the Royal Palace, along Karl Johans Gate you will find the National Theater, its namesake underground stop (T-Bane Station), and its nice square. The National Theater and its area represent a crucial spot for Oslo city life, especially for the short distance that it shares with clubs, cinemas, pubs, and restaurants.

The National Theater is a majestic building designed by architect Henrik Bull. It was founded in 1899 and it represents the main stage for the dramatic arts. The north side of the building face a very nice square, embellished by a fountain in its center. This square is a meeting spot for tourists as well as Oslo citizens, especially because it is near the underground stop. The fountain also offers to its visitors a spectacular light show and very often music from street artists.

Discover Eidsvoll Plass and its history Located between the National Theater and the Norwegian Parliament, along Karl Johans Gate you will find Eidsvoll Plass. This rectangular area is a very nice spot in Oslo, and is embellished by the presence of bronze statues depicting kids and animals and a pool with a fountain in its center.

Eidsvoll Pass represents a relevant spot for the history of Norway. Here in fact, you can find a statue in honor of the famous Norwegian writer, Henrik Wergeland, that was unveiled on 17 November 1881 as an atmosphere of political ferment. Indeed, Wergeland was admired by the liberals as a political character and supporter of their political ideas.

The pool placed in the center of the square is surrounded by trees and statues. Additionally, the pool has been used as an ice skating rink since 1994.

Visit the Storting Building, the seat of the Norwegian Parliament The Parliament of Oslo was built in 1866 and designed by the Swedish architect Emil Victor Langlet. The Stortinget is the seat of the Storting, the Norwegian Parliament. It is a yellow brick and gray granite building with beautiful windows and half rounded halls.

Here you can also have the opportunity to visit the Parliament interiors with guided tours from Monday until Friday during the following hours: 09.00-11.15 am and 12.00-3.00 pm.

Explore Oslo and its main buildings

Have a pleasant walk across Karl Johans Gate and be surprised by the details that you can observe by admiring its squares and buildings. This area is especially beautiful during Christmas Time, as it is an explosion of colors and life with a beautiful Christmas market located at Eidsvoll Plass. Don’t miss the ice skating area and the huge panoramic wheel! 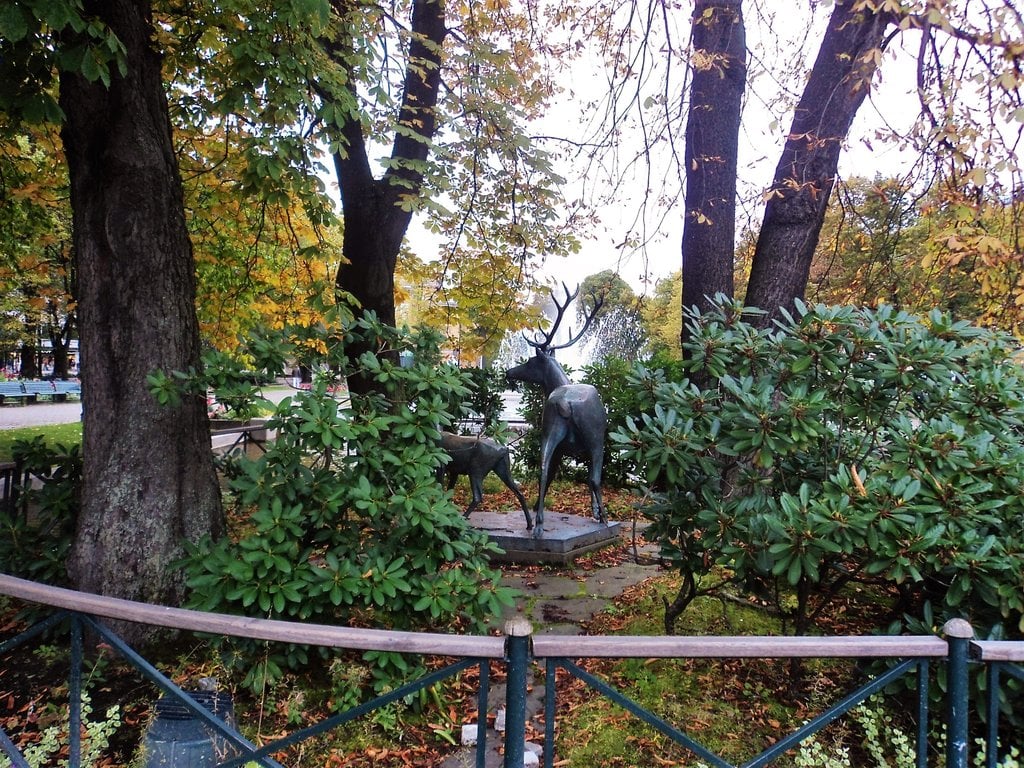 Hi, I am Giuseppe and I am a 24 year-old musician and traveler from Italy. I was born in Sicily, a land of history, mysteries, beautiful landscapes and astonishing seaside spots. At the age...Read more
Have a question? Ask fellow travellers and travel experts here.
Want to contribute as a Local Expert?
Register Here
Hotels
Lowest Price Guarantee

Explore Oslo
Good things are meant to be shared!