One of the things that is famous in Uruguay is the festivals. But, what makes it unique and different from other countries is because the level of diversity in Uruguay is high enough to make several kinds of festivals that are also inspired by various cultures from around the world. Like the Epiphany Religious Festival and Holy Week, there is also the Dia de Muertos Festival, which commemorates the day of one’s death but in a unique and unusual way. Lovers of the culinary food tours can also experience the Big Asado cuisine at the Milk Festival. Curious about various unique celebrations in the country? Come down now, stay at the top Airbnb vacation rentals, and witness the popular festivals in Uruguay that you should consider attending.

When you’re visiting Uruguay during its summer season, don’t forget to make your way to La Floresta and join the best summer party yet: White Night. Locally called Noche Blanca, this lively event takes place in January, and this coastal city’s streets are brimming with loud music, bright lights, live performances, art installations, and a whole lot more. Small businesses get to showcase and sell their products. In keeping with the theme, attendees wear white and party all night as they immerse themselves in the local culture. The first and biggest festival in Uruguay is the Las Llamadas Festival. Las Llamadas itself comes from the word taken from the history of negroes who began to gather to resolve existing issues. This Uruguay event is held with the aim of paying tribute to the ancestors in the Sur and Palermo regions. There is entertainment that includes street dancers, drum music, and parades.

3. Jazz to the Streets

The second festival is one of the most popular jazz music festivals in Uruguay. Jazz to the Streets, which has been held since 2007 in the city of Mercedes, is one event for jazz musicians from various countries to be able to perform in public. Starting from Brazil, America, Uruguay, Cuba, to Argentina, all these countries are represented by jazz musicians who participate in Jazz to the Street. The number of spectators is not exactly small; the main stage was recorded that it could reach 2500 spectators every day for approximately a week during this Uruguay celebration.

Jazz to the Streets The third festival is named Iemanjá, which is taken from the name of a god from one of the faiths named Umbanda. Umbanda itself is a belief practiced in Uruguay. This festival is where followers of the Umbanda faith make offerings to the goddess of the Sea on Ramírez Beach, Montevideo. There are also rituals like drumming and singing of special songs.

During the ritual, the participants usually sit and wait until sunset, then after that they push the boat into the sea, they walk to the shallow sea to make offerings in the form of gifts that are prepared beforehand. All participants dress in white. Then after making offerings, they return to the beach and start dancing together around the ritual site before bowing down on the sand right in front of the ritual site, as a form of respect to the Sea goddess. The next Uruguay festival is a national celebration to commemorate the birthday of Natalicio de Artigas, known as the “Father of Independence”. It is not surprising that the day of his birth, which falls on June 19, is a national holiday, when parades, marches, and festivals throughout the country are held to maintain the patriotic spirit. On that day, you can feel the atmosphere in Uruguay is very thick with patriotic nuances, ranging from decorations, things to do, and behavior of all the people of Uruguay.

The fifth festival in Uruguay is Epiphany. This is a Christian tradition that takes place on January 6 (12 days after Christmas). In this festival, large families exchange gifts, dress up, sing, dance, and eat large dishes together. This festival also marks the start of the new carnival season in Uruguay. So, don’t expect to be on a diet after Christmas and the New Year when you are in Uruguay, because during Epiphany, you will definitely take part in exchanging gifts and enjoy big meals. The next festival is arguably quite unique. In most countries in the world, people visit friends or family members who have died by praying or visiting their graves. It is different in Uruguay. Right on November 1st, they actually celebrate friends or family that are not alive by visiting their graveside with costumes that are colorful and flashy, and most of these are skull costumes. Although the method is different, this Uruguay tradition and holiday aims to pay respects and to remember all those who have left us.

The next festival is one of the biggest religious festivals in Uruguay. This celebration starts on Easter weekend. Usually, there are quite a number of parades in the middle of the city of Montevideo, which also happens to be one of the best places to visit in Uruguay. During this celebration, Christians carry out several traditions such as fasting, and they also refrain from eating meat products or milk, but they are allowed to consume eggs. There is also the tradition of visiting churches to pray and to gather with relatives. The next festival is the Milk Festival that’s held at Cardal, the largest milk production site in Uruguay, found in the South Florida district. During this festival, people celebrate by making big Asado, which is a traditional food made of grilled meat that has a massive size so that everyone can get a piece. In addition, they also make Arroz con leche, which is a dish in the form of rice that has been processed with milk, of course with large portions as well. There are also celebrations with music and dance parties complementing the festivities.

The last festival in Uruguay is Candlemas, or also known as Día de la Candelaria. Candlemas is a religious celebration held to commemorate the Presentation of Jesus Christ. During this celebration, Christians usually throw parties with various entertainments such as music games and dance events with bright and colorful decorations. This is usually a fun-filled period that’s attended by hundreds of people from across the country. If you’re planning to join in on the fun then make a point to visit Uruguay in February.

Attend the festivals in Uruguay

These are the most popular festivals in Uruguay. Plan your vacation to Uruguay and adjust your timing according to the festival you want to take part in and gather a different holiday experience from other countries. Make a point to attend one of the listed festivals in Uruguay. 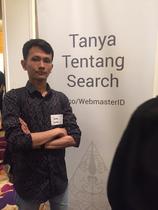 Ryan is pretty much an SEO Guy and also a Passionate Writer. Currently working for a digital agency company in Jakarta as a full-time SEO Specialist, while working as an SEO Consultant for a...Read more
Want to contribute as a Local Expert?
Register Here
Hotels
Lowest Price Guarantee