Spanish food is amazing! Don’t take my word for it, though. Once you explore the flavors offered in Spanish cuisine, you will be head over heels in love with this curation of the must-try food items in Barcelona. This Spanish port-city is a charming place teeming with culture and you can spend a lot of time and effort looking for the most traditional restaurants, but you still won’t be able to try everything. I am sure you must have heard of or even tried Tapas or the humble Paella, but to dig deep into the cultural heritage of Barcelonian food, you should try some of these dishes listed here. Bombas, the spicy little-mashed potato “bombs” with various fillings are served with two different kinds of sauces. This dish is an essential part of the Tapas culture in most places and many bars serve the age-old recipe with pride. Interestingly, it is named after an explosive weapon that was used in the early 1900s and then a bar owner in the Barceloneta neighborhood came up with this recipe and made them look exactly like the bombs used in the attacks. Usually, pork, beef, chorizo or sometimes all three of them are carefully wrapped in seasoned mashed potato mixture, then coated with breadcrumbs and finally either fried or baked. The potatoes are then served with a white garlic mayonnaise and spicy red paprika sauce. La Bombeta is a great place to try these little bombs. Patatas Bravas is another classic Tapa dish — fried cubes of potato served with a spicy, red sauce. It is also known locally as patatas a la brava or papas bravas. Often the sauce includes both garlic-flavored mayonnaise and the red tomato sauce. This recipe, though originating from Madrid, is now served almost everywhere in Spain and has now started to become a globally relished one. Some popular restaurants that you can try this classic in are Montesquiu, Bar Tomás or Segons Mercat. “Jamón ibérico” or Iberico Ham is a cold-cut, cured ham native to Spain. It is used in many forms — added to soup, served with eggs or it can simply be had on its own without any frills. The pigs are bred with utmost care and are fed a special diet which includes acorns. The “bellota ham” for which the animal is fed 100% acorns is the most in-demand breed making it the most expensive. The exquisite flavors are derived also from the curing process, which involves coating the ham in sea salt and then drying them for up to a period of three years! The process for these cold-cuts can be expensive — ranging from anything between 120 EUR (136 USD) to 500 EUR (570 USD) — but are definitely worth it. Jamón Reserva Ibérica has often been rated one of the best places to get this specialty. Source: Photo by user Emi Yañez used under CC BY 2.0

This traditional Spanish dish consists of smoky, charcoal-grilled vegetables drizzled with earthy flavors of olive oil and salt. This dish is usually consumed as a first course accompaniment to main meals or like a hot salad. The vegetables used typically contain eggplant and bell peppers but the modern interpretation has also come to incorporate onions, tomatoes, and garlic. The word Escalivada comes from escalivar, which literally means to cook slowly in hot coal ashes. This dish is said to be created by local Catalan farmers who used to create this simple but flavorful dish in the fields by slow roasting them over embers of a wood fire. Do try this dish out at Sesamo, a vegetarian restaurant. Source: Photo by user Tamorlan used under CC BY 3.0

This Spanish dessert is very similar to the famous creme brûlée, but has a hint of citrus and cinnamon flavor instead of the vanilla in the creme brûlée. This creamy dessert is made with milk, cream, eggs, sugar, lemon or orange rind, and cinnamon sticks. It is one of the oldest desserts in Spanish history and is said to have originated around 1770. Make sure you order this dessert whenever you find it on the menu, the soft and creamy dessert with a crunchy, sugary caramelized crust is to die for. Granja M Viader is a historical place where you can find one of the best Crema Catalana. Source: Photo by user Joselu Blanco used under CC BY 2.0

Alcachofas a la brasa are basically grilled and perfectly seasoned artichokes. The artichokes are beaten till they open up and then the buds are seasoned with salt and a generous amount of olive oil and then placed on a grill to slow roast. The leaves are typically removed till only the heart of the bud remains, then the firewood roasted artichokes are consumed usually along with wine. These days, the artichokes are even boiled, baked or roasted on a grill. This unique gem can be enjoyed at 3 Focs in Barcelona. This variety of popular Spanish cheese is derived from the La Mancha region and is made from the milk of the Manchega breed sheep. It has a distinctive look and taste. While aging it, the cheese is brushed with olive oil which locks the flavor without suffocating and delaying the aging process. The cheese is aged from anywhere between two weeks to a year. The flaky texture with the nutty and creamy flavor is admired by cheese lovers throughout the world. The rinds are an unmistakable zig-zag pattern making it easy to identify, however, the rind of this artisan cheese is inedible. Restaurante El Magatzem serves great varieties of this cheese. No Spanish food guide is ever complete without a mention of the humble Paella. It is a rice based dish that originated around the mid-19th century from the east-region of Spain. It is a part of the main course and it very popular worldwide for its spicy and subtle flavors. Apart from making its presence known in restaurants, the paella is also proudly cooked in Spanish households on special occasions. Though delicious, it lacks pretension and the most authentic versions use rice, tomatoes, onions, snails, beans, and chicken with a dash of saffron. Be informed though, that the Spanish prefer having their paella during lunch as it is considered too heavy for dinnertime. Cooked the old fashioned way, Paella can be enjoyed at Restaurante Can Solé.

Posted on: Oct 08, 2019
For authentic Valencian Paella, check out L'Arrosseria Xàtiva. They have a few locations around the city and are open every day of the week. Be sure to call up and book in advance to secure a table as they can get very busy during lunch time (around 2pm). Gazpacho is a refreshing, cold tomato soup made from raw vegetables and is on offer everywhere — be it restaurants, bars or quaint cafes. It uses fresh cucumbers, garlic, tomatoes, bell peppers, some onion, olive oil and of course salt and pepper. Then these ingredients are then pureed, chilled and served with croutons and a dollop of cream. Racó Bonsuccés serves some of the most delicious ones in Barcelona. Source: Photo by user mari used under CC BY 2.0

Suquet de peix is a kind of fish stew made by combining either fish or seafood with fresh vegetables, potatoes, and water. This Catalan dish can be spotted in many Catalan restaurants in and around Barcelona. This hearty meal originated as a staple for fishermen since they used to cook fish and potatoes in a soup form and consume it hot. The key to that punch in this dish goes to the Picada - a traditional Catalan paste used to thicken the stew made out of bread, nuts and other aromatic spices. El Racó del Peix is known for the great seafood.

Enjoy a wholesome meal in Barcelona

The cuisine in Barcelona is full of flavor and character derived from its rich cultural history. Meat, olive oil, beans, the use of garlic and potatoes are a signature of the dishes from this region. The variety in Barcelonian food will take you by surprise and soon eating like a local will be an experience to remember, whether you like vegetarian fare or are a meat lover! 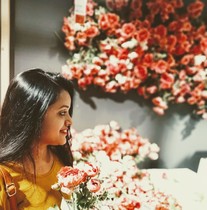 Nikita belongs to India and has studied English language along with Fashion. She also has a keen interest and is certified in Graphology (the science of handwriting analysis). Pale, awkward and...Read more
Want to contribute as a Local Expert?
Register Here
Hotels
Lowest Price Guarantee