Guide To Nepal Food: 10 Nepali Dishes You Should Try

Because of its location nestled in the Himalayas among the regions of China, Tibet, and India, Nepalese cuisine contains a collection of spices and flavors heavily influences by these cultures. Lentils, potatoes, tomatoes, peppers, and garlic are some of the most prevalent ingredients, which compliments with spices like cumin, curry, coriander, and turmeric. Due to its geographical isolation, traditional food in Nepal focuses on organic and locally grown goods. Their dishes are generally healthy and rely heavily on vegetables, lentils, and pickled side dishes. It is also essential to note that any traveler would be remiss to neglect the significance of spice and chili in the cuisine of this region. I love the practicality and hospitable heart that shows through in Nepal’s favorite dishes. The aroma, the flavor, and the simplicity of ingredients combine to form a welcoming and heartwarming embrace to visitors and locals alike. Check out the Nepal food guide for an amazing gastronomical trip. Originally of Tibetan origin, Thupka is hearty chicken noodle soup dish. It comes in several variations depending on the region. It is usually served with chicken, but is occasionally made vegetarian or with beef or yak meat instead. Ginger, garlic, and green leafy vegetables are added to the meat and noodles. The soup itself is seasoned with chili powder and masala, resulting in a hot and spicy flavor. It is the perfect winter dish for those cold Himalayan nights, warming a person from the inside out. Thupka is a stable comfort food holds sentimental value for many locals. Gundruk is known as Nepal’s national side dish. Much of Nepalese cuisine is typically served with rice or flatbread, along with several side dishes. Fermented and picked vegetables are some of the most prominent accompaniments. Usually made from fermented the leafy green parts of radish and cauliflower, this dish is one created out of practicality. Many regions in Nepal are cold and mountainous -not a great climate for farming many things. Therefore, they have learned to make the most of what they can and do grow. Some of the few vegetables that do adhere well to this climate are radish and cauliflower, so when they are harvested in plenty, they must preserve the excess for the next season. In the autumn, the crops are wilted, chopped, and sealed in the ground. They are then smashed and later sun-dried. The result is a spicy pickled mixture similar to that of kimchi or sour kraut. Dal Bhat is basically lentil soup with rice or other grains. Simply named, “dal” means lentils and “bhat” refers to rice (or a grain). It is a staple dish cooked with onion, garlic, ginger, chili, tomatoes, and tamarind. It is a very flavorful dish, typically seasoned with coriander, masala, cumin, and turmeric. It seems that so many cuisines around the world have their own version of a “pizza.” Chatamari is that such dish for Nepal. It Is a fried rice crepe, topped with turkey or pork and a variety of vegetables. This particular dish is a national favorite, but originally comes from the Newar people group of the Kathmandu Valley region. It is usually served as an appetizer or to compliment a larger meal. Rice is such as staple throughout just about every part of Asia. Pulao a rice dish similar to the rice pilaf or fried rice dishes of neighboring countries. The rice is boiled in seasoned broth and fried. It is then cooked with legumes and vegetables such as lentils, beans, carrots, and potatoes and seasoned with garlic, cumin and turmeric. There are several different types, including vegetarian, chicken, or beef pulao. This is a versatile dish, often served in festivals and weddings, but also easily found in everyday meals. Yomari is a delicacy specific to the Newar people group and plays a huge role in several religious festivals. A sweet, steamed dumpling made form rice flour, it is most popularly made and eaten during the festival of Yomari Punhi. The shape of the dumpling itself is significant. It is said to represent the Shadkona, a symbol of wisdom and Saraswati.

One of my mates in business Mo in Brick Lane said to me "Never eat a curry in Brick Lane, they are crap. He should know...

Gorkhali Lamb is a savory, slow-cooked lamb dish usually reserved for especially cold nights or special occasions due to the amount of preparation involved. The lamb is first marinated in a chili sauce for several hours, then grilled and sealed again with the chili sauce to lock in the flavors. In the end, it is added to a curry sauce with chunky potatoes and onion. This hearty lamb dish is tender and bursting with flavor.

(JuJu Dhau).This is the “King of Curd.” It is a sweetened curd, and it originitaed in Bhaktapur, the oldest city of...

Yogurt is a vital element of Nepali cuisine. Many traditional dishes are served with a side of yogurt to cleanse the palate, balance out the flavors, and soften the spice. Much of the yogurt consumed in Nepal is handmade and extremely versatile. The name of this particular yogurt, Juju Dhau, directly translates to “king yogurt.” It Is especially rich in flavor and has a different consistency from other yogurts. A common street food, sel roti is a deep fried ring of dough made from rice flour. The outside is crispy and sweet, while the inside remains soft and doughy. This treat is often eaten as a breakfast, but is especially popular during the Tihar and Dashai festivals. Consistent with the influences of nearby ethnicity, momo is Nepal’s steamed dumpling. Momo can be filled with vegetables or meat, steamed, and served either in a soup or with a variety of dipping sauces and fermented side dishes.

The heart of Nepalise cuisine

Nepalese food is spicy. It is heartwarming, genuine and inviting. It is cultivated from goods available to local farmers and easily adjustable to accommodate both the plentiful and the hard times. Heavily influenced by migrants traveling throughout the region, Nepalese cuisine demonstrates the country’s friendly and hospitable nature. It reflects the country’s rich flavors and diverse religious festivals. If you’re here in Nepal, make sure you don’t miss out on trying these delicious delicacies! 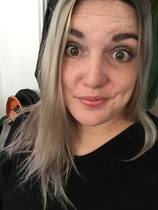 Phoenicia is an English teacher and travel writer. She loves that she combine her two biggest passions- traveling and language- into a thriving and exciting career. She loves spontinatity and...Read more
Want to contribute as a Local Expert?
Register Here
Hotels
Lowest Price Guarantee