Istanbul–a city with two worlds. It is almost like Istanbul is separated into two different cities–almost two different worlds–just by a bridge. Istanbul is divided into the Asian side, known as Anadolu Yakası, where the city was first founded, and the European side, Avrupa Yakası, which hosts the Old City and some of its most famous attractions. Should you be inclined toward the appeal of “New Istanbul”, head to the Asian side and explore its quaint cafes and shops in Kadikoy, its cultural center. If you’re seeking a more historical route on your visit, don’t miss sites like the Hagia Sophia, the Blue Mosque, and more. Check out these historical places in Istanbul, Turkey, you must visit. The Blue Mosque is without a doubt one of the most famous mosques in the world. This mosque was constructed in the 1600s under the rule of Ahmad I. This mosque is actually different from any other mosque in Istanbul because it is the only mosque which has six minarets! This five-hour guided tour in English is a tour of the Blue Mosque and the Hagia Sophia, two of the most historical places in Istanbul. Your tour guide will first take you to the Hagia Sophia where you will learn all about the history of the Ottoman sultans followed by the Blue Mosque where you will learn about the Byzantine Empire. You can also go pray at the Blue Mosque if you wish to. Topkapi Palace is a huge museum in Istanbul. Originally, in the 15th century, the Topkapi Palace was home to the Ottoman sultans. Now, this palace has been converted into a museum which is filled with the history of Istanbul, the making of the Topkapi Palace, and the glory that was a part of the Ottoman era. Since this museum cannot be visited without a guide, you have to take a guided tour to learn all about the history of this palace and the Ottoman sultans. This is a 75-minute guided tour in English which starts at the Carpet Museum, takes you to the four courtyard museums, the historical kitchen of the palace, as well as the treasury. Hagia Sophia was built in AD 537 and is known for its huge white dome. The Hagia Sophia was originally a Greek Orthodox Christian cathedral which was then taken over by the Ottoman sultans and converted into an imperial mosque, and it is now a museum. The Hagia Sophia is probably one of the most famous museums in the world and one of the most visited historical places in Istanbul. This is a one-hour guided tour in English, where the guide tells you a little about the history of the Old City, followed by the history of Hagia Sophia. Afterward, you get free time to admire and take in the beautiful architecture of the Hagia Sophia. The Galata Tower is a medieval stone tower which is commonly known as the Christea Turris or the Tower of Christ. Galata Tower is a Romanesque-style tower that was originally built in 1348. This tour of the Galata Tower and the ancient streets of Istanbul is a three-hour guided tour in English. You get to walk through the ancient streets of Istanbul that are now filled with churches, ancient walls, and vibrant streets. Stroll through the hillside of Galata, enjoy a beautiful view of the Bosphorus, and visit the Galata Tower from outside. This is a walking tour so don’t forget to have your walking shoes on and carry a bottle of water with you.

The Grand Bazaar is one of the largest, most famous, and most visited markets in all of Istanbul. This is without a doubt one of the most historical places in Istanbul that every tourist wants to visit. Spread over 61 streets and 4000 shops, the Grand Bazaar is indeed unique. This three-and-a-half hour guided tour is a small walking tour around the Grand Bazaar where your tour guide helps you haggle like a pro, ensures you don’t get lost in this huge market, and helps you shop for authentic Turkish items. While you’re at it, your English-speaking tour guide will also give you a little history of the Grand Bazaar. Hippodrome of Constantinople was originally built by the Roman Emperor Severus and was kept as is during the Ottoman Era. The Hippodrome of Constantinople was basically a public arena where many chariot races were held. Now, this arena has basically become an open-air park/area which has a few statues and objects from the Roman and Ottoman era. When you come here, you can only imagine how glorious it was!

Dolmabahçe Palace is located on the European side of Istanbul. This palace originally served as the administrative centre of the Ottoman sultans. In fact, even Mustafa Atatürk (the first president of Turkey) lived in this Palace. This three-hour guided tour of the Dolmabahçe Palace is offered in English, German, Spanish and French. Your tour guide will tell you all about the history of the Ottoman Empire as well as Mustafa Atatürk. You will also get to see the glorious rooms of the palace, the famous crystal staircase and the Medhal Hall. Once you have explored the palace, you will cross over the Bosphorus Bridge to the Asian side to get some beautiful, picturesque views of the city.

The Istanbul Archaeology Museums are a group of three archaeological museums in Istanbul. In this day tour, you get to visit all three museums, namely the Archaeology Museum, the Old Eastern Works Museum, and the Enameled Kiosk Museum, all of which will teach you a little about the history of Istanbul and the Ottoman era. This is not a guided tour but an entrance ticket for the three museums, which means no waiting lines and ticket queues. You can spend a whole day at these three museums looking at artefacts, learning about history, and taking pictures. Basilica Cistern is an ancient cistern which was originally built in the 4th century. This is one of the many ancient cisterns that were built under the city of Istanbul, but it is the most famous one because it is the largest. For those of you who might not know, a cistern is basically an underground tank that is made for storing water and the Basilica Cistern was one of the largest cisterns that used to supply water to the Ottoman Palace. Go on this 30-minute guided tour in English. In this tour, your guide will tell you all about the Medusa heads from Greek mythology that watch over the waterway as well as how the water travels all the way from the Eğrikapı Water Distribution Center to the Basilica Cistern.

492 reviews
Oops, this activity is currently unavailable. Check out these alternative activities in the same location. The Chora Church is a medieval Byzantine Greek Orthodox church which is located in Istanbul. This two-hour guided walking tour in English starts with a cup of Turkish tea and then takes you into the Chora Church where you will see mosaics that depict the lives of Mary and Christ, motifs that depict one scene from the Book of Revelation, and frescos that follow a theme of death and resurrection. This tour is a great way to learn about Byzantine art and Greek Orthodox mythology.

All set to learn about Istanbul and its history?

Clearly, Istanbul has a very cultural and rich history. From the Roman Empire to the Ottoman Era, Istanbul has seen a vast shift in culture, architecture, and religion, all of which are still prominent in modern-day Istanbul. There are so many historical places in Istanbul to see and so many things to learn so what are you waiting for? 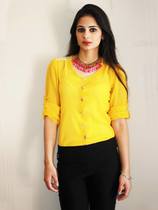 A freelance content writer by profession, Anaanya is an avid traveller whose main goal in life is to visit as many new places as possible. Anaanya enjoys travelling, not just because of her love...Read more
Want to contribute as a Local Expert?
Register Here
Hotels
Lowest Price Guarantee