Making Use Of Your Layover In Beijing, China

Great Wall. Forbidden City. Temple of Heaven. Beijing National Stadium. These names alone can make you swoon, and will conjure up all the dreams outsiders will have about China. But what if you only have 18 hours or less to take in the city? Can you still enjoy Beijing? A layover doesn’t have to mean you have to be stuck at the airport all the time. Tours that specialize in layovers already bring in the efficiency needed so the traveler can maximize one-day (or less) in the city.

Other than the sights, you can enjoy the airport itself, especially because Beijing’s air hub is one of the largest in the world. The Beijing Capital International Airport is around 20 miles from the city center, so unless you have a very long layover, it would be best to stay put with your luggage and boarding pass in tow. However, don’t fret. There are plenty of hubs to entertain the weary traveler.

For those with a longer layover period, Beijing offers 72 hours of visa-free stay, so you can head on to some of the sights the city has to offer. If you’re a do-it-yourselfer, make sure that you have secured reliable transportation to go back and forth from your destination to the airport. Beijing traffic is notorious for making passengers late for their flight. Remember, Beijing is the most populous city in the world. Plot your layover well. Here are some tips on how to use your layover period in Beijing.

Taxi2Airport is the easiest and most reliable way to get to and from the airport. Through secure online payments, you can book your airport transfers in advance, saving up to 35% on your journey.

If you just want to stay in Beijing Capital International Airport 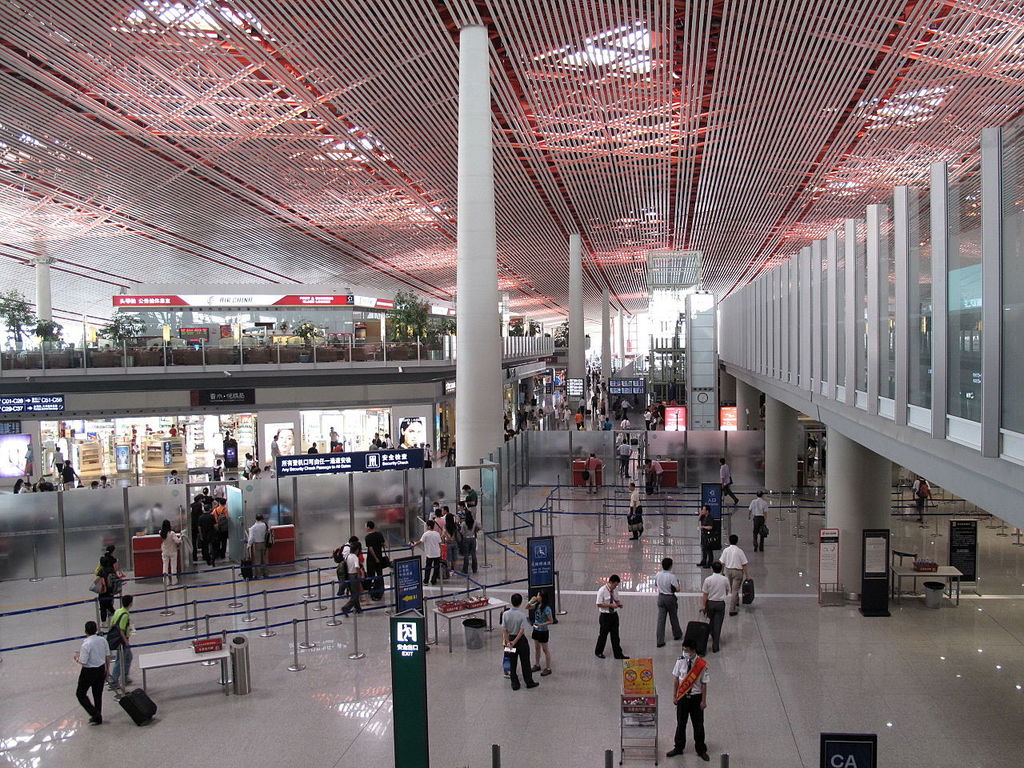 Beijing’s airport is divided into three terminals. The third terminal or T3 opened in 2008, and is by far the most comfortable of the three. It is also where you’ll most likely be situated since majority of the international flights come and go from here. If you want to rest, your best bet would be in this terminal. Even if you’re an economy passenger, you can purchase an access pass to the many airport lounges so you can change your clothes and take a shower. Wi-Fi is free in all terminals. You can just go to the information desk to receive a username and password. However if sleeping in the terminals doesn’t exactly cut it, and you need sufficient rest, there are hourly lounges that have standard rooms with bathrooms.

If you want to explore on your own 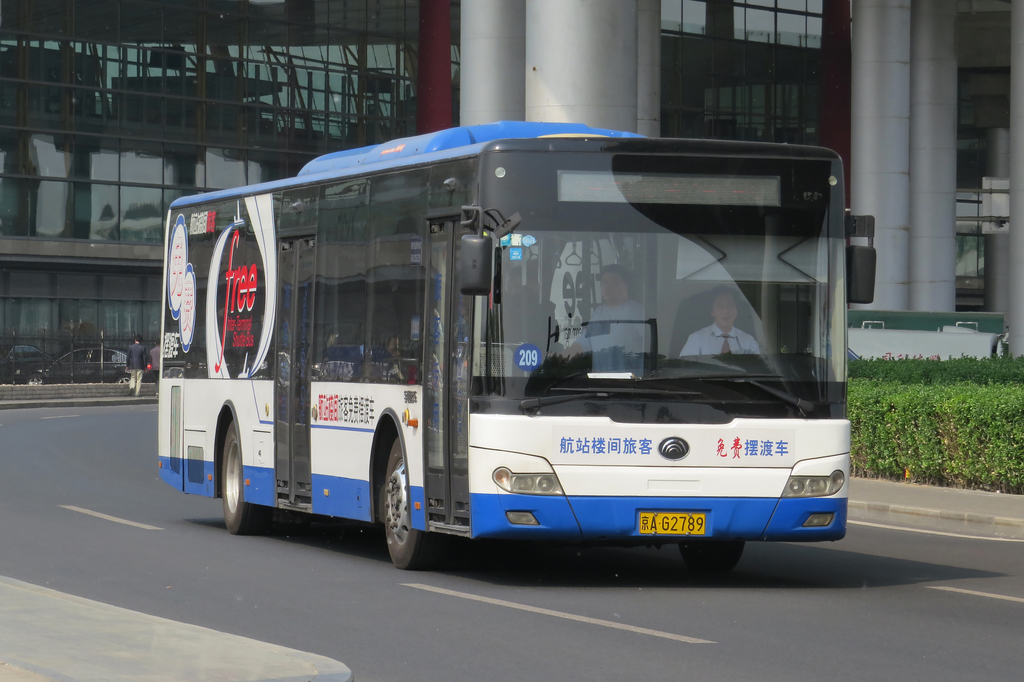 There are several buses leaving from different airport terminals to various locations in Beijing. There are ticket offices found conveniently in the different terminals as well. Buses that leave from Terminal 2 will go to Xingangzhuangyuan, Jinhanlvgang Beishicao, Dongdaqiao Roundabout, Kuliushu Roundabout, and Cherry Garden. Buses that leave from Terminal 3 will go to Longwantun, Wuxiongsi, Zhaoquanying, and Cherry Garden. Other than buses and taxis, the train is also a convenient way to get out of the airport. The train can be found between Terminals 2 and 3. You can purchase your tickets in either of these stations as well. The train schedule is quite convenient with schedules set in 12-minute intervals from Sanyuanqiao Metro stations and Dongzhimen from 6:00 AM to 11:00 PM. The average ticket is 25 CNY (~3.60 USD) one-way. 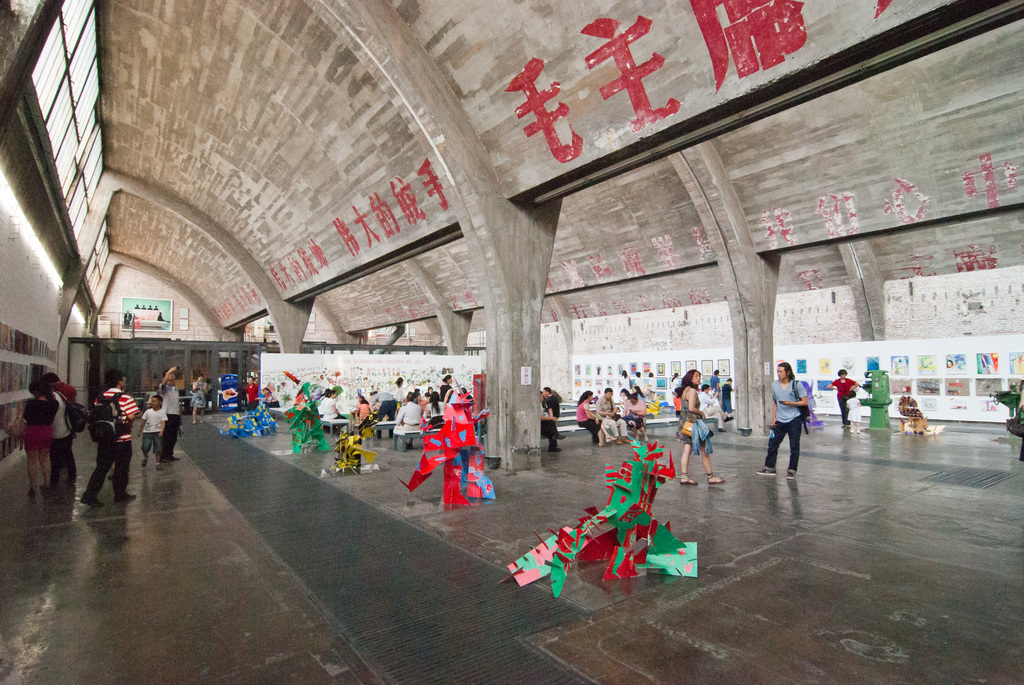 If you’re anxious that you might not make it in time for your flight (especially for those with 8 hours or less to spend in Beijing), then head to the collection of industrial factories that are now galleries, the 798 Art Zone, which houses Beijing’s BoBo (bourgeois-bohemian) community. Also known as the Dashanzi Art District, this complex used to be known as the 718 Joint Factory. It’s interesting to note that this used to be an electronics industrial area for the People’s Republic of China, and was supposed to be a joint project with the USSR. However, it underwent an artistic rebirth in the 90s. Contemporary artists who were looking for studio spaces gravitated to this area. There are no cars here as it’s only open to pedestrians. The whole space is an artist’s dream with a collection of galleries, publishing firms, lofts, tailor shops, design companies, craft shops, and curated gift shops. There are also artisanal cafes and restaurants that serve exquisite vegetarian dishes. 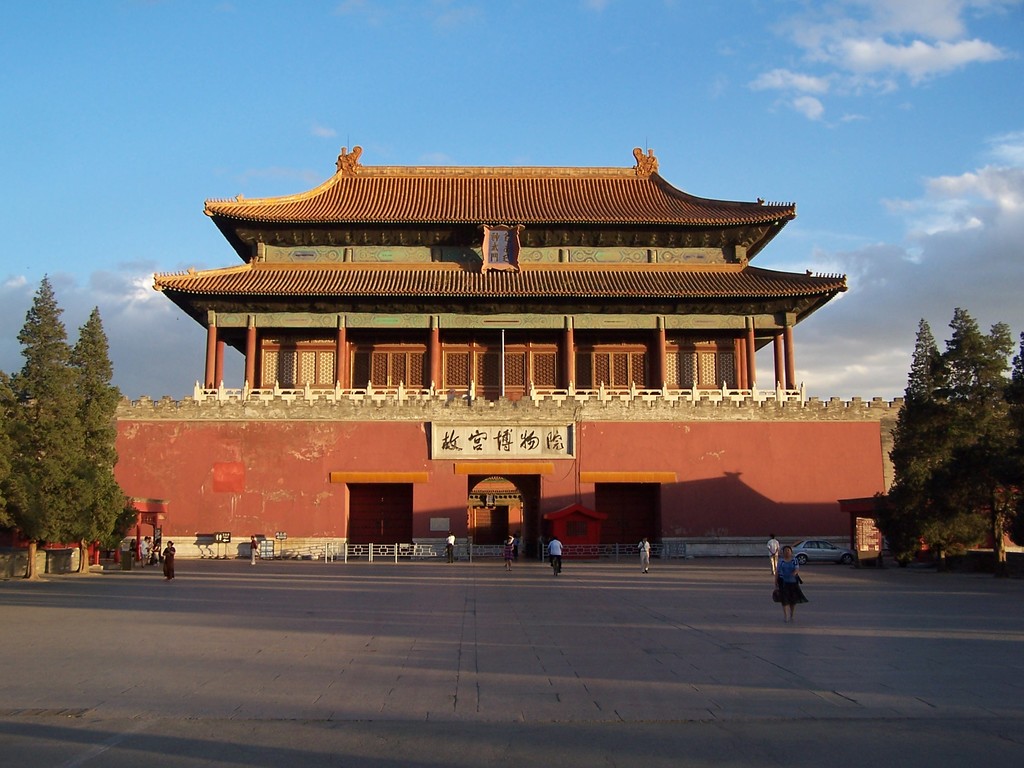 The ideal scenario, of course, would be to make Beijing a destination on its own, but having a very short and fruitful layover will tide you over until the next time. The iconic spots, of course, are Temple of Heaven and the Forbidden City. Both are about an hour away from each other by foot or by train. However, if you want to see both, start with Temple of Heaven first, then take a taxi to the Forbidden City. Both were built by the Yongle Emperor in the 1400s. The Temple of Heaven is considered a UNESCO World Heritage Site because of its carefully thought out and preserved architecture including The Hall Prayer for Good Harvests, the Imperial Vault of Heaven, and The Circular Mound Altar. The park itself, around 2 kilometers of it, is a great spot for people watching as it is used for taichi, chess, dance practices, and the like.

After you’ve strolled the vast complex, head on to the Forbidden City, which was China’s seat of government for over 500 years and housed 24 of its emperors. Now, it houses the Palace Museum. It contains the largest collection of well-preserved structures in Asia with over 900 buildings that date back all the way to the Ming and Qing Dynasties. The Forbidden City can be overwhelming, especially since so much of it has been carefully designed to have religious and cultural symbolism. Try to take it in slowly if you can. And just a small tip: the Palace Museum is the most visited art museum in the world, so make sure that you have pre-booked your tickets even before you get there as you don’t want to get stuck in the queues.

Beijing is close to becoming one of the most progressive cities in the world, and while it may seem like an industrial metropolis, Beijing’s back streets and contemporary hubs will surprise you, proving that it doesn’t only focus on its economy, but actually also on quality of life and culture. Whether it’s a long or short layover, be sure to soak up the Beijing of now. Chances are, with how fast it’s changing day by day, you won’t recognize it when you visit again. Enjoy!