Nihonbashi in Tokyo was chosen as a set location for “Kirin no Tsubasa” for a reason! At the center of the Five highways radiating from Edo is the Nihonbashi bridge. The area around this bridge is said to be the birthplace of the postal and fish market systems. The popular Shoichiro Kaga mystery series by Keigo Higashino aired on tv as the program “Shinzanmono”. The 9th episode “Kirin no Tsubasa” was turned into a hit movie. In this piece we will introduce the charming Nihonbashi while visiting the different set locations of that movie.

Nihonbashi the bridge of beginning “Nihonbashi” deemed the center of the five highway start point in 1604, it is known as the starting point for all road networks in Japan. It was made famous in the song “Oedo Nihonbashi Nanatsu-dachi”.

This bridge was also featured in the beginning of the movie “Kirin no Tsubasa”. We recommend coming here and experiencing being at the starting point of all the roads in japan. There definitely is something heartfelt here.

The allure of the Nihonbashi area is that while having a central city feeling by being close to Tokyo station, it has an air of tradition with its many old and working class shops and restaurants. Many visit because it’s used as a backdrop for many movies and TV shows.

The Kirin Statue at Nihonbashi has wings!

This is the Kirin statue that was the inspiration for the movies name, which was put in place when the bridge was redone in stone.

Although the Kirin is a mythical creature it normally doesn’t have wings. The Kirin statue at Nihonbashi bridge was given wings with the wish that it can fly from the starting point of all of Japan’s roads to any part of the country”. This spot is popular with many who are trying to start something new, because of the statue that can give a mystical feeling when standing in front of it.

A safe birth isn’t all that Suitengu shrine has to offer! In Nihonbashi you can go to the different shrines of the 7 Gods of fortune, the most popular shrine being Suitengu. Originally, the shrine was built in Kurume City in Fukuoka Prefecture, but in the Edo period during the bi-annual pilgrimage to Edo castle Kurume City’s Arima family’s ancestor’s bones were brought and Nihonbashi became the only shrine in 1872.

*The Suitengu shrine pictured above has been undergoing reconstruction since March 2013, and is actually relocated temporarily it still draws many visitors and believers. The shop that sells miscellaneous Japanese goods “Nihonbashi Yuuma”. Many of the goods they sell are their originals made in fabric, it carries an atmosphere of olden times fit for Ningyocho. In the movie it was called “Hozukiya”.

This shop as well as the others which were featured in the movie all have posters of the movie in their windows, and many people take pictures as mementos in front of the shops. When the movie was being filmed, many of the locals showed the kindness of the traditional shopping area by supporting the production of the movie whole heartedly. The road leading from Ningyocho Metro Station to Meijiza is affectionately known as “Amazake Yokocho”, and has a distinct working class vibe to it.

There are many popular traditional snack shops, as well as gourmet restaurants, which you can investigate like one of the detectives in the movie.

Shopping and going to the shrine aren’t all that the Nihonbashi area have to offer, so lets get out there and explore! 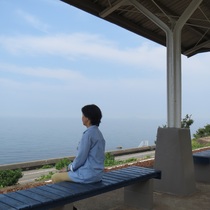 Explore nihonbashi
Good things are meant to be shared!