Until the Great Kanto Earthquake of 1923 and the later Tokyo bombings during World War II, Tokyo was primarily made up of the type of wooden houses which still grace Kyoto. Thanks to the fiercely competitive world of Japanese architecture, Tokyo’s urban landscape has become alive with some of the world’s most exciting architecture. With the modern revamp, this city has gained a unique mix of architecture that has a strong emphasis on concrete, steel, and funky shapes. If you are visiting Tokyo, Japan anytime soon, here are 14 famous buildings in Tokyo to check out.

The Tokyo Skytree is a broadcasting tower and a major landmark of Tokyo, located in the Sumida City Ward, Japan. At a stunning height of 634 meters (2080 feet), the Tokyo Skytree is the tallest building in Japan, featuring a large shopping complex which has an aquarium, restaurants, a postal museum and a planetarium all located at its base. The Tokyo Skytree also has two observation decks namely Tembo Deck and Tembo Gallery, located at heights of 350 meters (1148 feet) and 450 meters (1476 feet) respectively, each providing you with spectacular views out over Tokyo. At Tembo Gallery, you will love the steel and glass tube which allows you to look down from Tokyo Skytree tower over the Kanto Region.

Designed by architect Hiroshi Nakamura, Tokyu Plaza Omotesando is a multi-story shopping center with the aim of becoming the leading fashion theme park where every customer is able to have a unique experience. Many shoppers prefer shopping at Tokyu Plaza Omotesando because of its numerous facilities specifically on the sixth floor where you will find the famous coffee shop, Starbucks, and a rooftop which has spectacular views over Harajuku. While at Tokyu Plaza Omotesando, you will be provided with enough time and space for you to develop and take back a new and comfortable way of life every time you visit.

Located in the north-eastern side of the city of Odawara in Japan, Shofukuji was the first Zen temple constructed in Japan. The construction of Shofukuji was highly influenced by the priest Eisai in 1195, who was the first to introduce the Rinzai sect of Zen Buddhism into Japan. Although it is not allowed to enter the temple, Visitors are allowed to walk through the attractive temple garden and observe the buildings from outside. At Shofukuji, there is so much to discover including the numerous gates dating back to the 500s, the famous of all being the Sanmon Gate. The most preferred spot in Shofukuji is the Butsuden Hall which holds a small wooden statue of priest Eisai, protected by a giant golden statue of other Buddhas.

Source: Photo by Flickr user urbz used under CC BY 2.0

Built in the Ginza area of Tokyo in 1972, Nakagin Capsule Tower was the first capsule architecture design. The main purpose of the model was to provide a better housing option for traveling businessmen who worked in central Tokyo. Nakagin Capsule Tower consists of two towers which support the 140 prefabricated capsules. Each capsule is a self-contained apartment that’s fully furnished and includes important amenities such as a kitchen stove, a refrigerator, a television set, a comfy sofa and a reel-to-reel tape deck. Although the future of the building is uncertain at the moment, The Nakagin Capsule Tower still remains to be a major landmark in Japan.

Opening hours: Entry by tours only

Tokyo Station is a railway station in Chiyoda City, Tokyo. Thanks to its beautiful, nostalgic red brick building, Tokyo Station should always be on the must-see list of every new tourist who visits Japan. As part of being considered as one of the best sightseeing spots in Japan, Tokyo Station also acts as an important hub served by major JR Lines such as Yamanote, Chuo and several Shinkansen bullet trains. At the station premises, tourists are also able to access a wide variety of shops and restaurants offering opportunities for souvenir shopping and a respite to rest tired legs.

Prada Aoyama, a six-story stand-alone building located in the Aoyama district, is one of the most unique works of architecture in Tokyo. The convex and concave curves of the glazing add a sensuous note that attracts people to this spatial sculpture. Apart from the design, tourists also find this building very interesting thanks to the vertical cores, the facade grilles, the horizontal tubes and the floor slabs which define the space. Just like contact lenses, the façade’s glazing of Prada Aoyama is designed to improve and focus optical processes.

Standing seven stories high in the middle of Tokyo’s central business district and fashion center, Audi Forum is a commercial building that features a unique structural system meant for supporting the asymmetrical glass façade and the completely transparent passenger lift shaft. Audi Forum is also known as “the iceberg” thanks to its soaring height and its crystalline form. At night, both the locals and tourists enjoy the view of the clear glazed chimney which is surrounded by angled glazing that lights in blue. If you compared Audi Forum to other automobile showcase buildings, you will find out that the functionality of the building was sacrificed for a symbolic form.

Mikimoto Ginza is a slender building built in 2005. While most of the Mikimoto shop focuses on high-end jewels, Mikimoto Ginza focuses on casual fashion accessories and baubles. The building also has a comfortable lounge area and an atrium, whose main purpose is to serve as an area for seminars for women and as an exhibition hall. The building is painted in pale pink and has four walls which are a marvel of engineering. Each wall has two steel sheets which were manufactured in sections, welded together on-site, and installed. With the concrete which was poured in between, the steel has the capability of supporting up to nine stories.

Mode Gakuen Cocoon Tower is a 50-story educational facility located at the heart of Tokyo, Japan, in the Nishi-Shinjuku district. The building has successfully managed to turn the traditional horizontal configuration for school design by projecting it vertically. Mode Gakuen Cocoon Tower has not only made the organization of the spaces both radical and logical but also it has resulted in quite a startling aesthetic. In order to bring a vital mix of larger-scale spaces into the building, classrooms were separated thus allowing the creation of interstitial lounges. Literally a vertical campus, Mode Gakuen Cocoon Tower has the capability of accommodating approximately 10,000 students across the three vocational schools which are sharing the building.

Made of prefabricated steel, Tokyo Tower is a 332.9-meter (1092-foot) communications and observation tower located in the Shiba-koen district of Minato, Tokyo, Japan. Given its structure which resembles the Eiffel Tower, the tower has become a popular sightseeing attraction and a symbol of Tokyo as an international city. Thanks to the tower’s strategic position, the observatory offers a stunning view of the city despite the fact that the tower is at a relatively moderate height. Apart from being a famous tourist spot, Tokyo Tower also serves as a broadcast antenna to both television and FM radio stations in Japan.

Considered one of the most prominent modern structures in Tokyo, the Asahi Group Head Office Building is an edifice hard to miss, owing to its golden façade and the famous Asahi flame. The flame is meant to symbolize the “burning heart of Asahi beer”. The building itself resembles a beer mug with froth on top and was designed by Philippe Starck, a French designer. While the exterior of the building appears to be golden, it is actually amber in color. And while the unique architecture itself is something that would catch every traveler’s attention, they can also dine at the restaurant located on the 21st and 22nd floors with the views of Sumida River and Asakusa. You can also visit the Super Dry Hall with the flame on top, where you can taste the famous Super Dry draft beer. So the next time you find yourself in Tokyo, don’t miss the opportunity to take a photo against this famous structure and perhaps try the beverage that has made Asahi a popular brand not only in Japan but also worldwide.

A truly remarkable work of architecture, St. Mary’s Cathedral or Sekiguchi Catholic Church was designed by award-winning architect Kenzo Tange in 1964. It’s difficult to miss this structure, with its stainless steel façade and eight hyperbolic parabolas rising up from the cross layout. The interior is even more spectacular, with imposing heights and clearly modernist style, evident from the curved walls. The interior of the church can accommodate up to 600 seated worshippers or for a standing event, a total of 2,000 people. The architect is known for his style of mixing modern and traditional Japanese architecture. If you’re into architecture or built structure, paying a visit to one of Tokyo’s most popular religious structures will be worth it as it will give you insights on how spaces were designed in accordance with their purpose.

For international convention attendees, this edifice is clearly one of the most popular in Tokyo. Tokyo International Forum is a multi-purpose exhibition center comprising several halls, lobbies, restaurants, shops, and other relevant facilities that would be beneficial whenever international events take place. Steel and glass are the main materials used to build this edifice, and from the outside, it resembles a skeletal structure of an elongated ship. The building was designed by architect Rafael Viñoly, located between Tokyo and Yūrakuchō stations. With its central location, Tokyo International Forum is very easy to spot, and you can perhaps take photos from several angles, outside and inside of this structure.

Famous for its curved façade, The National Art Center, Tokyo (NACT) is another popular building in Japan’s capital that’s definitely worth a visit. The exterior itself is very imposing while the interior is clad with enormous ceiling height, an open concept, and a very airy ambiance filled with natural lighting. The building, however, doesn’t operate like all other museums in Japan. It only caters to temporary sponsored exhibitions and is regarded as an “empty museum” without any permanent collection and display. NACT can be accessed from Nogizaka Station. It was designed by Japanese leading architect Kisho Kurokawa, and is one of the biggest exhibition spaces in the country.

As you explore Tokyo, Japan, make sure that you visit all of the buildings mentioned above. It will be worth your while 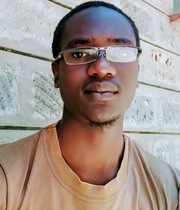